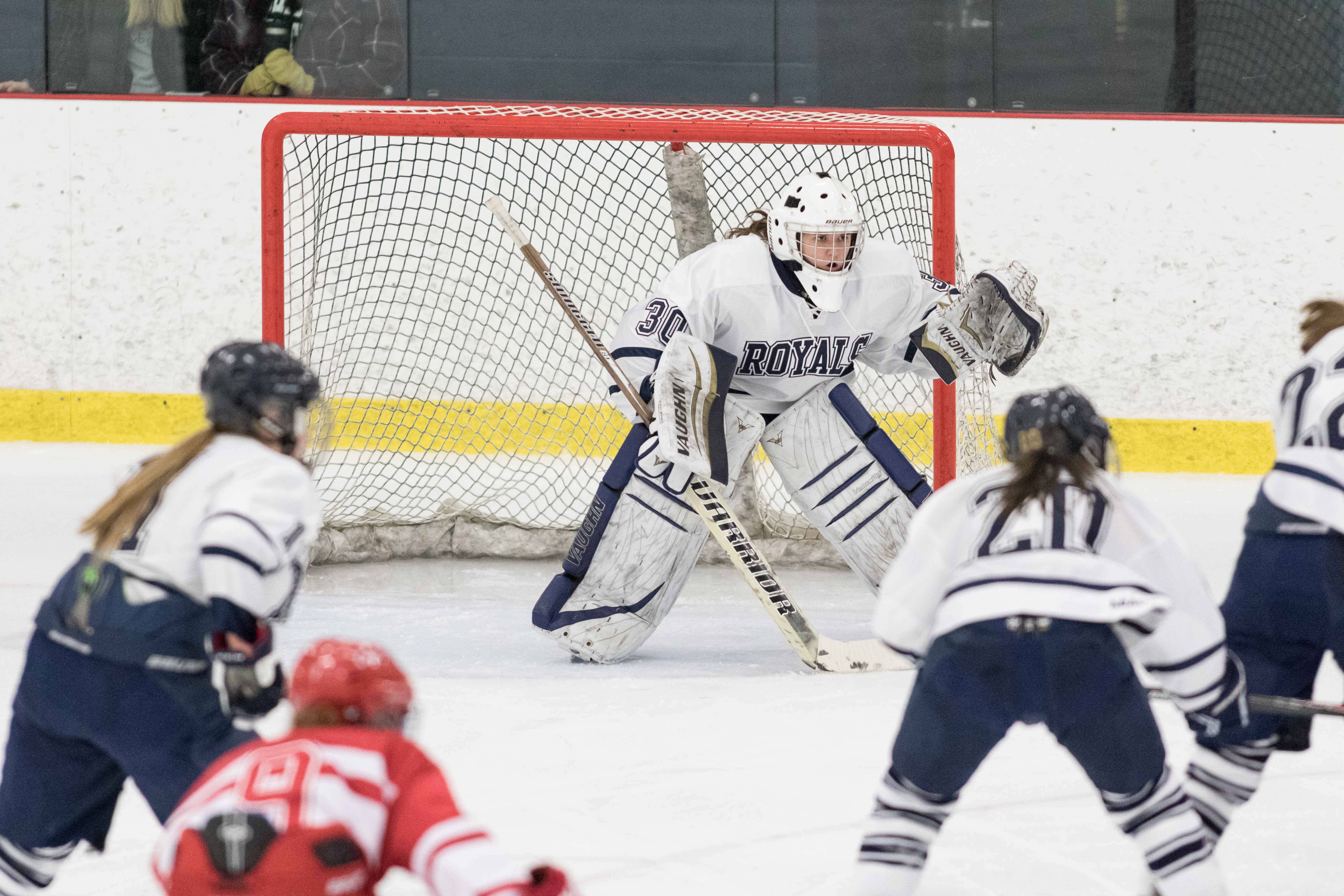 When goaltender Erika Allen transferred to Augsburg following the 2013-14 season, it left the netminder situation for the Bethel women’s hockey team up in the air heading into 2014-15. Caitlin Dantzscher, Allen’s backup, did not return for her junior season and the only other goalies on the team were unproven freshmen, Maggie Straka and Michelle Klimstra. Coming off of two seasons that brought home spots on the MIAC All-Rookie and All-Conference teams, Allen’s departure left the 2014-15 team with big skates to fill.

The coaches had no choice but to turn to one of the freshman, giving Klimstra the nod in their regular season opener. She proceeded to shutout UW-Eau Claire in her first career start and earn her own spot on the MIAC All-Rookie team with a 2.00 goals against average and .905 save percentage. Klimstra started a total of 20 games, leaving Straka with only eight to showcase her talents. Though it was a small sample, Straka finished her first season with an even better goals against average than Klimstra (1.90), along with a .895 save percentage. Overall, the two goalies helped the Royals break into the top-5 in the conference in goals allowed (55) and goals against average (1.95).

The duo appeared to give clarity to an otherwise cloudy situation, but no player’s success can be measured in one year. Coming into 2015-16, the story was whether or not Straka and Klimstra could continue to show improvement. It was about the confidence built up by getting a lot of playing time their freshman year.

“Getting that experience right away made us better goaltenders,” Straka said.

“Being able to get a head start on other goalies in the MIAC as a freshman gave us a real good feel for the game,” Klimstra added.

To put into perspective the level at which these two are playing at, only Bethel and Saint Mary’s can boast about having two goalies on their rosters with save percentages above .900.

“Every game I have seen them [Klimstra and Straka] play, they are the reason we have an opportunity to win,” goaltender coach Steven Bolton said.

Klimstra was the clear-cut starter last season, but the coaching staff is adamant that there is not definitive starter up to this point and are willing to be adaptable if certain situations arise. As for now, the team will remain the course it has trekked.

“We are open to finding one, but they have both continued to prove themselves so we want to give them the equal opportunity they deserve,” Bolton said. “There’s a benefit to having one goaltender that the team can go to, but if the team is confident in playing in front of both, than we will ride that out.”

Klimstra and Straka don’t mind. Their focus is on the team and continuing to develop into a 1-2 punch that MIAC opponents will have to deal with this season and beyond.

“Because we have such a good relationship, we are able to get better,” Klimstra said. “We know that while one of us isn’t in net, we can trust each other to do a good job.”

“Being so close with each other pushes us to be stronger,” Straka said. “We know what’s best for the team.”