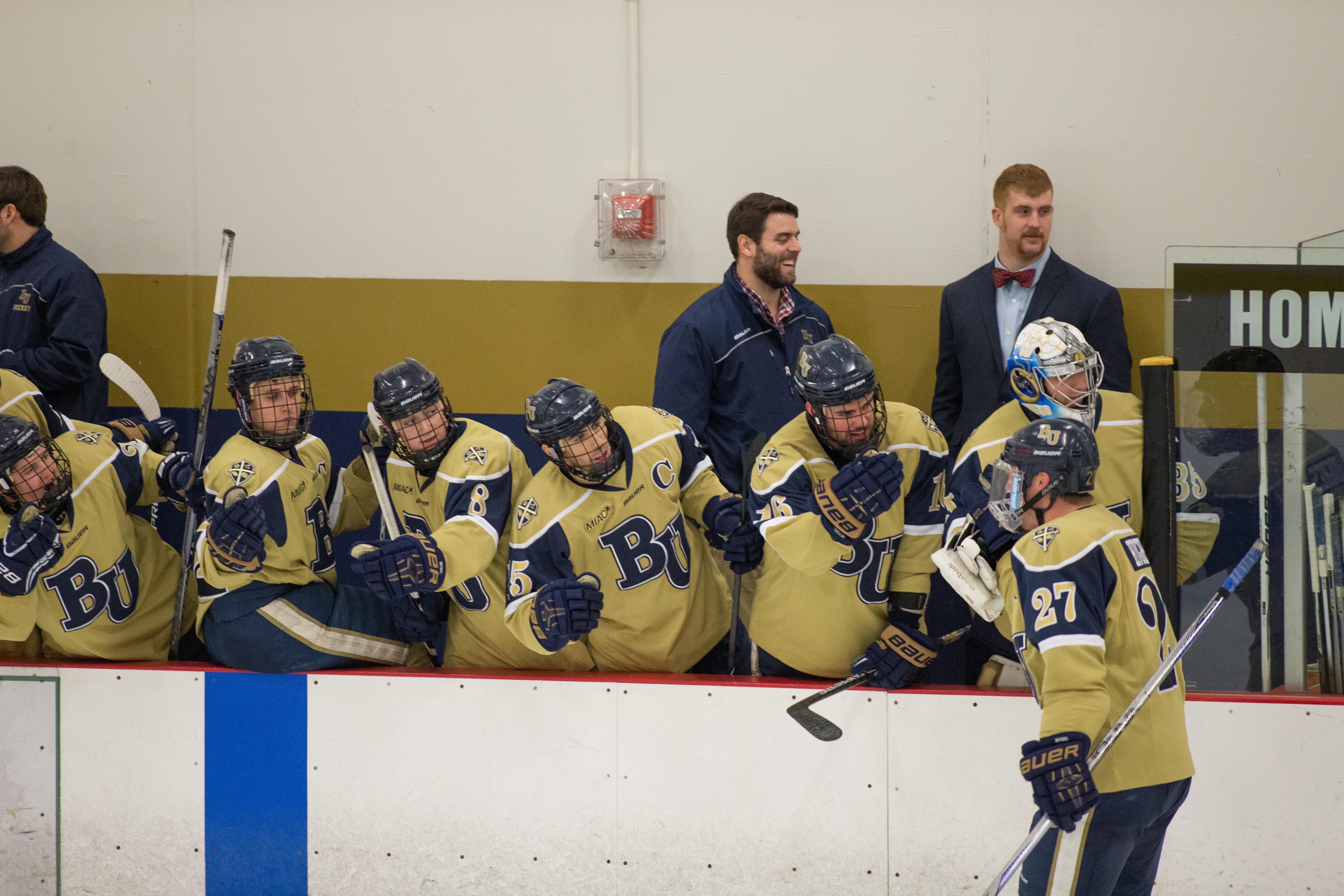 Five years ago, senior Ben Price first showed up to Bethel University, determined to be a part of the men’s hockey team.

The red-haired freshman developed a relationship with former Bethel head coach Peter Aus at a hockey camp in Boston. The St. Johnsbury, Vermont native’s decision to attend Bethel was influenced by the hall of fame coach. Price made the team in his first year, but following the season, after a meeting with the coaches, it was clear that he would not be a part of the team next year. So he joined the football team.

“I just wanted to be competitive,” he said.

Price would stick to football for the rest of his college career, starting at wide receiver and eventually transitioning to tight end. After his final season, and finishing his college degree in four-and-a-half years, Price needed to get surgery on his hip. He wanted to continue rehabilitation on it with the Bethel athletic training staff through January.

In order to stick around, Price needed a job. So he went to men’s hockey head coach Charlie Burggraf. Burggraf offered him the chance to be the team manager, needing to fill the void left by senior Nate Okonek, who was planning on studying abroad for the month.

On Saturday Price was found behind the bench for the Royals in their game versus Augsburg, wearing his navy blazer and sky blue shirt, khaki pants, and red bow-tie with little blue spots. To top it off, a flaming-red handlebar mustache.

After the team’s 6-4 home loss to the Aggies, Ben was found sharpening a pair of hockey skates.

Five years later, he is still a part of the hockey team.