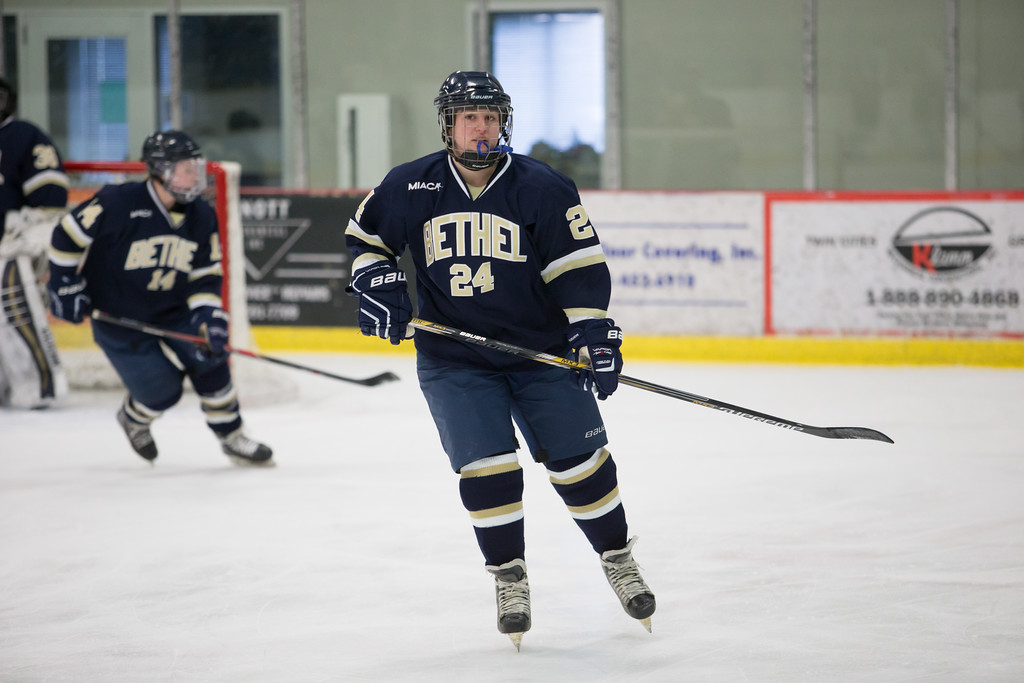 BLAINE, Minn. – The Bethel University women’s hockey team took on a tough challenge Monday night, facing off against the No. 3 ranked Adrian College Bulldogs. While limiting the top scoring team in the nation, the Royals were not able to net any goals of their own and fell 2-0.

The Bulldogs entered Bethel University Arena riding a nine-game winning streak and jumped out to an early lead. Freshman forward Olivia Ziemba started the scoring less than two minutes into the first period, notching her first goal of the season. Fellow freshman Kortney Diaz and junior Bailey Robertson assisted on the play, giving the visitors the upper hand.

“It was a bit of a slow start, once we got our legs moving it was an extremely competitive game,” Bethel head coach Brian Carlson said.

Adrian, which currently leads the country with 5.13 goals per game, would not score again until late in the second period. During that time, the Royals had their chances, particularly in the second period when they put up nine shots compared to 11 for the Bulldogs. Bethel sophomore forward Wendy Roberts struck four of her seven shots during this frame, but the Royals were unable to beat Jade Walsh, the Adrian goaltender.

Entering the final period, Bethel trailed by two goals but proceeded to put forth their best defensive effort of the game. The Bulldogs mustered just seven shots and were shutout in the frame, marking just the third contest all season in which they failed to score more than two goals.

Despite the defensive intensity, the Royals were once again stifled at the point of attack.  Walsh stopped a flurry of shots with just over two minutes remaining and the Bulldogs held on for their tenth straight victory.

“We tell our team that we believe they can play with anybody and beat anybody so the girls should gain a great deal of confidence from a game like tonight,” Carlson said.

Following the defeat Monday evening, the Royals fall to 6-7-2 on the season and will now return to conference play.

The team will face the College of Saint Benedict in a weekend series starting this Friday, puck drop is slated for 7 p.m. at Bethel University Arena.

0 comments on “BU Women’s Hockey Shutout by No. 3 Adrian College”