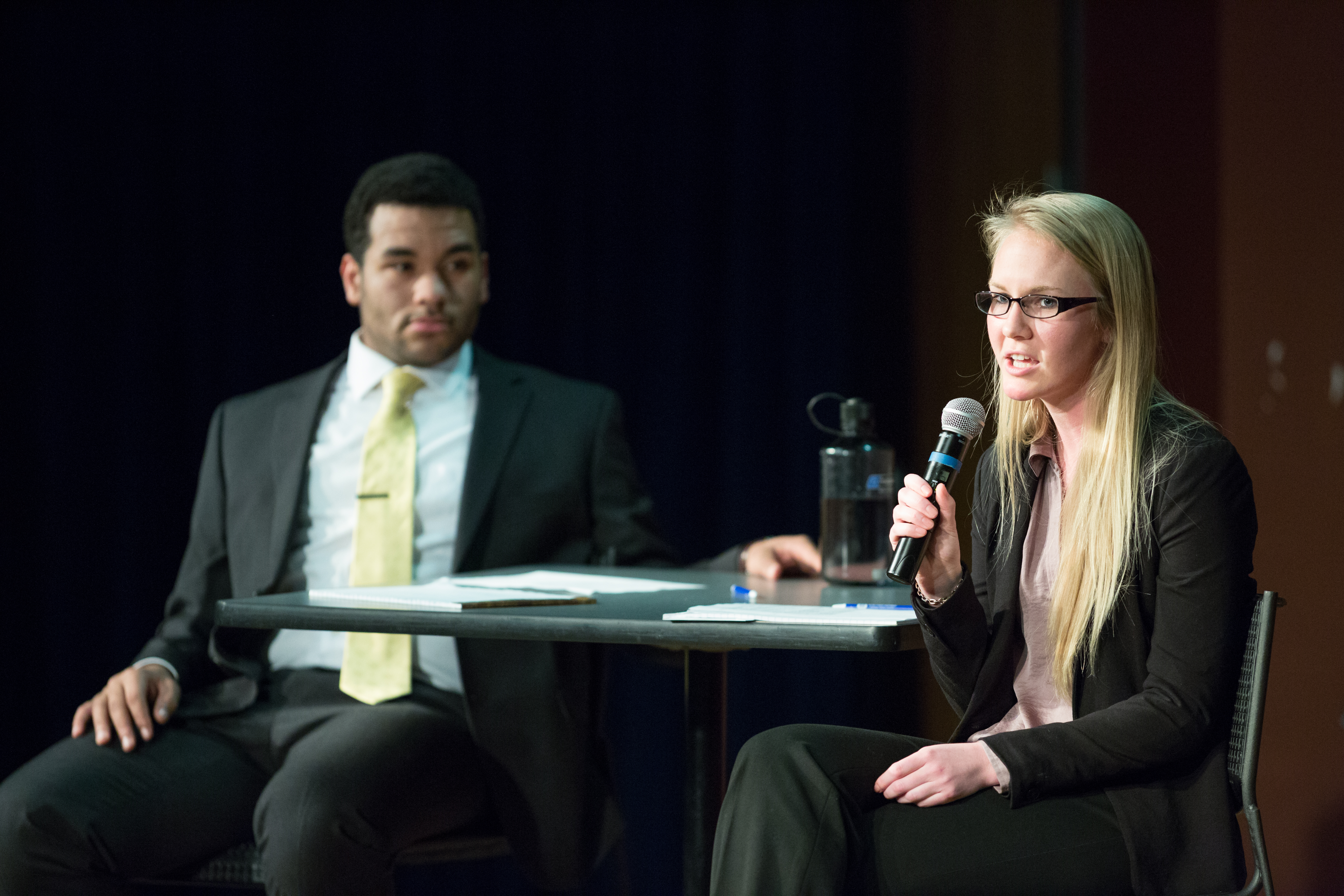 Elections for this year’s student body president and vice president are uncontested this year, giving Pres. Zoe Vermeer and VP Taji Onesirosan an opportunity to look at next year.

When students gathered their blankets, sweatshirts — and one futon — to lay on the hill outside of the Community Life Center for the Sept. 11, 2015 Movie on the Hill, Student Body President Zoe Vermeer saw it as a sign Bethel Student Government was doing its job right.

“Our term is only half over, which is kind of crazy, but over the last semester I would say it has gone so well,” Vermeer said. While Vermeer and Onesirosan have only served half of their term, the hiring of executive teams and other leadership positions started last spring and ran through the end of May. The pair is now poised to start hiring next year’s staff. Having a diverse group of individuals to lead Bethel is something Vermeer feels her and Onesirosan have done a good job at executing.

Miranda Powers, Associate Dean for Campus Engagement, told the Clarion she can’t remember the last time there was an uncontested election, saying it’s “been several years.”

Vermeer hypothesized that the uncontested election is a result of improvements in communication within BSG as well as the newsletter that is sent out to administration; keeping them in the loop as to the happenings and achievements of BSG. She added that a stronger social media presence this year has been a key for BSG to stay connected with students and engage the campus in events put on by BSG. Running unopposed will allow Vermeer and Onesirosan more opportunities to mold the BSG vision and take up less time campaigning.

Both Vermeer and Onesirosan have calendars requiring intricate scheduling and organization skills where color coding may not be optional. According to Vermeer, balancing multiple obligations requires her to be intentional in being fully present for all the different activities and meetings that she attends, but also learning to prioritize. Both Vermeer and Onesirosan value communication within all obligations and see it as highly important.

Powers is one of a few faculty members helping with BSG oversight. The increased diversity in this year’s executive team and beyond is a very positive move in Powers’ eyes.

“BSG represents the diversity of Bethel. They are a true voice,” Powers said. She hopes students will be able to see the vastness of what BSG has to offer. “I would like to see BSG engage the campus and serve the student body of Bethel and beyond.”

Both Vermeer and Onesirosan hope to move Bethel beyond its “bubble” and see it have a real influence on the community. Plans for next year include ensuring resources for spiritual development, continuing diverse partnerships and encouraging engagement with the Lord.