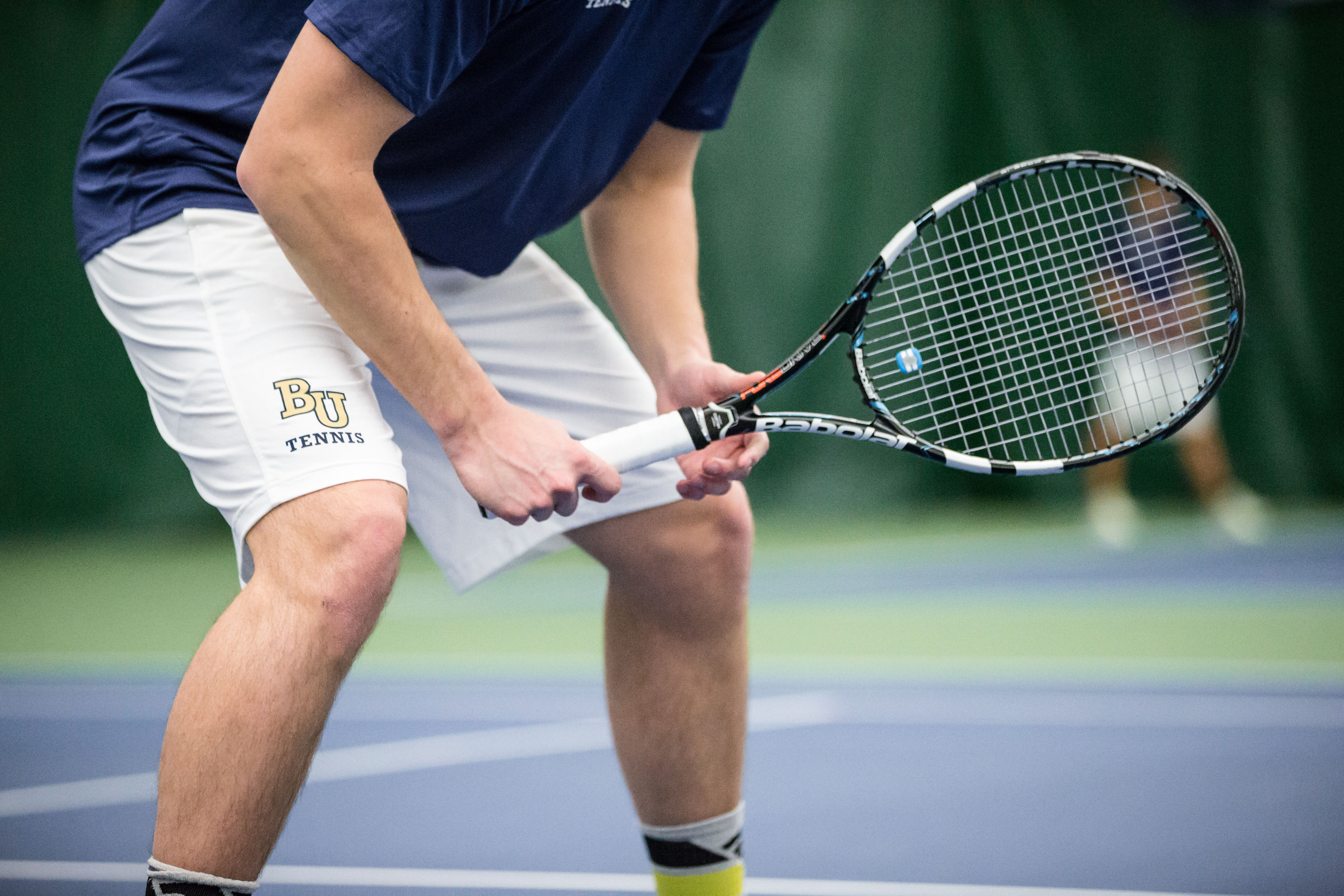 When it comes to determining what departments will move to the Anderson Center, there’s no shortage of passion. Faculty and administrators aren’t afraid to speak up. Drew Fernelius is no exception, but Bethel’s tennis coach is singing a different song than the majority of faculty.

Fernelius raises his hand in the air.

“Building an indoor facility is the perfect solution. Bethel would be sending an athletic team that wants to go over there and our classes would be held over there, too,” Fernelius said, eyes widening with each word.

Fernelius has been at Bethel for four years and plans to remain for the long run.

According to Fernelius, the addition of the Anderson Center to Bethel’s campus is the ideal spot for Fernelius and his team to place an indoor tennis facility. Though many on campus are reluctant to relocate to the property about two miles away, Fernelius has no such hesitation. He wants to go.

Fernelius and his tennis team aren’t asking Bethel for money. Rather, they see an indoor tennis court as an opportunity to become a top team in the nation – to recruit enough players to form both a jv and varsity team and gain revenue for Bethel. Fernelius sees it as an opportunity to connect our campus as it continues to grow.

St. Thomas has a field house which allows their team to practice year round. Gustavus is the only MIAC school, however, with an indoor tennis facility. The Gusties have been one of the more successful programs in the country and Fernelius would love to see Bethel’s team compete with them.

“We are so thankful for the amount of money Bethel has spent on our program as we currently practice at Lifetime Fitness,” Fernelius said. “But, the only time we can get the amount of courts we need is from 8 p.m. to midnight – that time frame wears on our student athletes. An indoor court would make Bethel money and allow our athletes to perform at a higher level.”

Fernelius isn’t the only one that has spoken out against the late-night hours at Lifetime.

“I have 7:40 classes every day of the week, so it’s inconvenient,” Sydney Parkinson, a freshman on the team, said. “I don’t end up actually going to bed until one because after practice I’m not tired, it takes me a while to get tired after practice and by waking up early I don’t get much sleep.”

The fieldhouse on campus, the SRC, isn’t an option for the tennis team, either. The court surface isn’t similar to what the team plays on during conference matches and the fieldhouse gets filled quickly in the wintertime by basketball, baseball, softball and track teams.

“Practicing at the SRC is the worst because it’s not realistic to how we play in matches,” freshman Christian Weaver said. “The courts are so fast and slippery that it starts to hurt your wrist after a while just because reaction time is so different than what it would be on a normal court.”

Indoor tennis courts would also benefit the university fiscally. Other campuses including Hamline and Northwestern have expressed interest in using a future facility built by Bethel. This indoor court would also be available for use by high schools like Mounds View, as they already use Bethel’s outdoor courts. The courts would also be open for public use to Arden Hills’ residents.

“I want to communicate that I don’t want Bethel’s money – I am trying to help them make money, produce a better program, and find a way to connect the two campuses,” Fernelius said. “I think having that would help bring the whole campus together.”

0 comments on “An Ace of a Proposal”