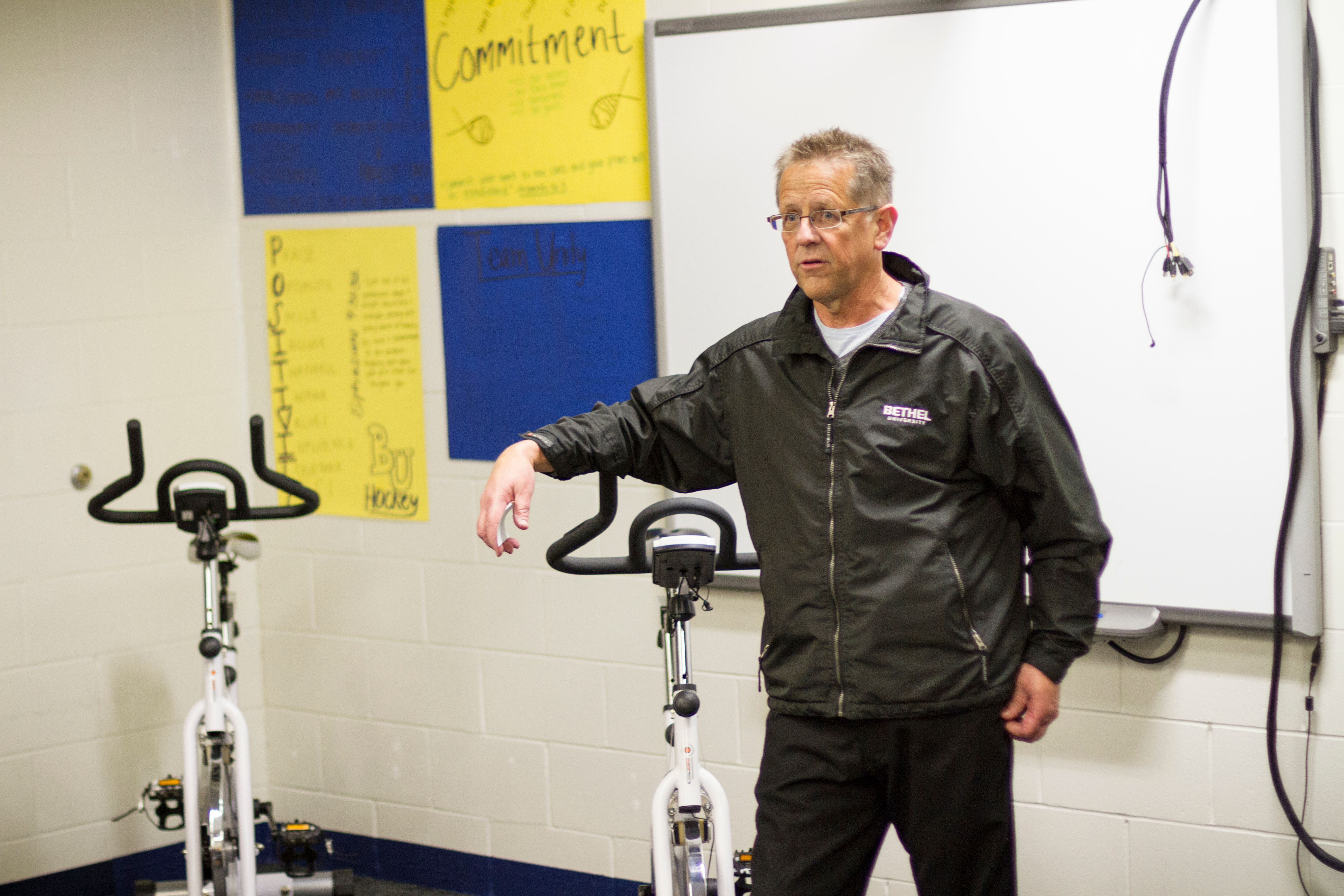 Minutes before practice begins, Bethel University women’s hockey head coach Brian Carlson can hear the stereo blasting from the locker room as he makes his way to the ice. He walks in to see his players dancing, deciding to join and show off his own moves. Carlson jumps in the middle of the crowd, making movements none of his players will ever be able to burn out of their memory. An attempt to be cool and hip, the dance moves instead brought the team to tears of laughter.

While his dancing was something for his players to laugh at, his success is no joke. . The 2015-16 season resulted in his team earning a 15-10-2 record, good enough for a MIAC Conference regular title as well as an appearance in the MIAC Championship game before falling to St. Thomas.

A season like this is nothing out of the ordinary for Carlson’s teams. In his 10 years at Bethel, the Royals have accumulated a 74-48-11 record, made the MIAC playoffs six consecutive years and appeared in two straight championship games.

This season, Carlson’s efforts were awarded when he was named MIAC Coach of the Year.

Carlson’s players recognize his soft-spoken interactions and his ability to let players be themselves – both on and off the ice.

“He’s a man of few words,” sophomore forward Natalie Simons said. “He allows for creativity and just lets you play.”

Giving his players freedom to do their best has been Carlson’s philosophy since he was hired. He says it is a way to gain his team’s trust.

“I’d say that one of his biggest strengths is that he doesn’t over-coach or try to control too much,” assistant coach Darin Thompson said. “He doesn’t overreact to the things that are out of his control, which allows the players to play with confidence.”

“I want to be a Godly example in front of them,” Carlson said. “I hope to help remove the things that keep them from being successful… I attribute [the MIAC Coach of the Year award] to the group of girls that got me there.”

Carlson’s care does not go unnoticed amongst his players. While his dancing abilities may be questionable, winning Coach of the Year proves he has coaching abilities and the character to lead a successful program.

“He’s a hard guy not to like,” senior forward Hadley Cookson said. “He brings a funny, unique sense of humor, but at the same time makes an effort to show how much he cares about us.”