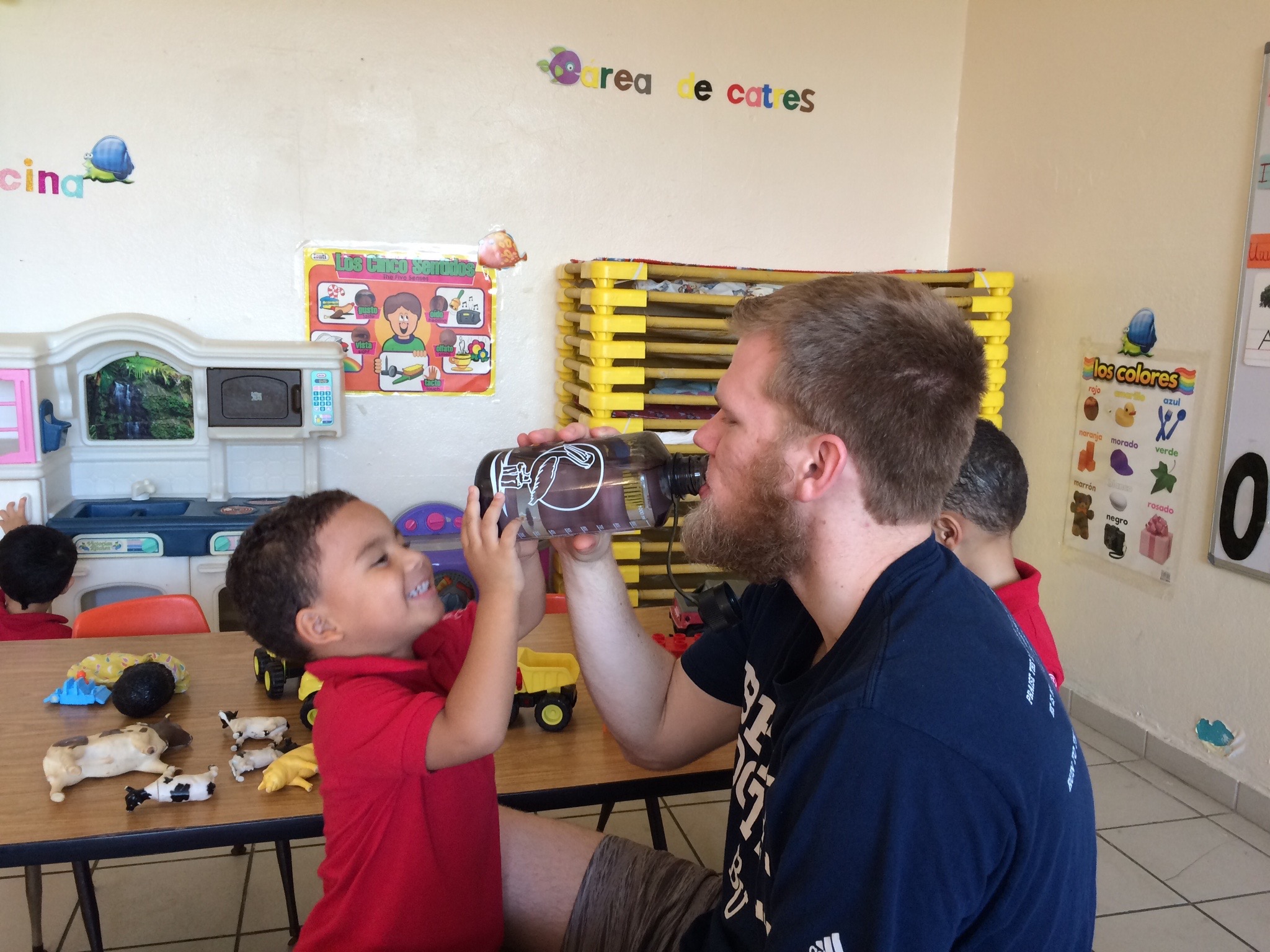 A behind-the-scenes look at Praying Pelicans Missions and the interns leading short-term trips.

We see the Facebook posts and hear the testimonies, but what goes on behind the scenes to make mission trips happen? Bethel students are getting an up-close view at the operations as interns for Praying Pelicans Missions (PPM), headquartered in Bloomington. Several former interns from Bethel have been hired by PPM as full-time staffers, including 2015 graduate Trent Anderson and 2011 graduate Denny Meints.

In 2003, PPM began mission work in two communities in Belize. Now, their organization has expanded and serves Central America and Caribbean nations such as Jamaica, Costa Rica, Guatemala and Haiti. The vision of PPM is to impact the world for Christ by providing pastoral leadership, empowering local pastors and congregations, building relationships in communities and creating healthy and safe spaces for people to serve on short-term mission trips.

“I felt God calling me,” Ryan Johnson, junior and current PPM intern explained. “Praying Pelicans is a cool organization because of the way it balances short-term mission trips and long-term relationships with people and churches.”

Jolene Head felt a similar way as she was inspired by the organization’s mission.

“Praying Pelicans encourages churches (in America) to return to locations (they have worked with previously) and establish longer term relationships with the communities they work with,” she said. “We maintain connections with host churches … while a church may not always receive the same team then, they continue to work with Praying Pelicans.”

Those in internship positions spend time in the office as well as in the mission field. Consulting calls go out to U.S. churches planning trips through PPM and interns make sure tickets are purchased, proper forms are filled out and handles correspondence with the host church to create the best experience for both parties. PPM emphasizes long-term partners to broaden the focus of the trips.

Throughout the summer, interns lead short-term trips wherever they are located. Interns are in charge of overseeing the weeklong trips. The goal of PPM trips is to show how God is working globally and to connect churches with each other. Recently, each intern spent spring break in their assigned summer location.

“The best part of spring break was experiencing the culture (in Jamaica), knowing that soon I will be back for a longer time,” Johnson said. “It will be hard with no consistency as we will be with different people and doing different things every week, but I look forward to being challenged.”

Wageman agreed. “It will be hard to connect with so many different groups, but after spending a week in the Bahamas I realized it shouldn’t take long for it to feel like home.”

0 comments on “Interns on a Mission”