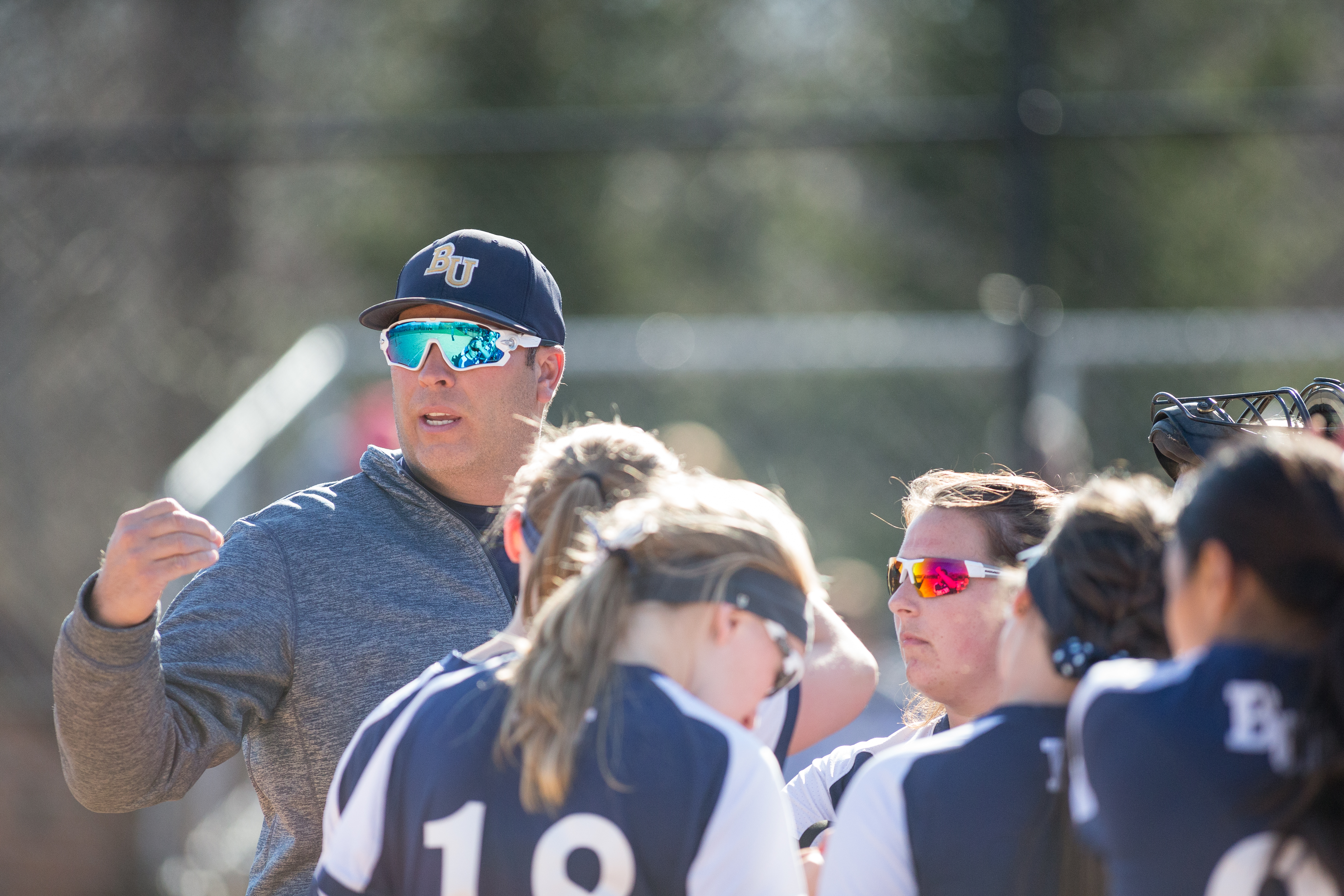 At the international, professional and collegiate level, fastpitch assistant Roman Foore has won.

The ball from the Augsburg pitcher stung Micayla Moore in the elbow. Clutching her arm and holding back tears, the junior infielder prepares to take her base until she is interrupted by the umpire. “She leaned in,” the umpire declares. A strike is called on Moore.

The softball field at Ona Orth Athletic Complex goes into a craze of commotion. Fans, players and coaches heckle the decision as Head Coach Penny Foore exits the dugout to argue the call.

As she calmly and collectively argues with the umpire, another coach’s booming voice bursts from the dugout.

“Are you kidding me? You are a clown, ump! Do your job! This is bull!”

Assistant coach Roman Foore has now entered the field, screaming towards the umpire in opposition to the call that he has just made.

The umpire doesn’t take Roman’s response well, and Foore is ejected from the game.

“I think all of us were scared,” Moore remembers from April 8 last year, “but at the same time I was like, ‘Dang, my coach is really sticking up for me.’”

Before he was a fastpitch coach, Roman played baseball at Texas Lutheran University in the late 90’s. After college he tried fastpitch and continued to rise in the sport until he made the roster for the U.S. men’s national fastpitch team and the opportunity to travel around the world.

“I can’t explain the feeling of getting to wear USA across your chest,” Roman said.

Roman wore the colors proudly and said he played for his father, a U.S. veteran who served in the Air Force for 21 years.

“It was a way to honor him, representing the United States in a different way.”

Roman played two seasons for the U.S., 2012 and 2013. In 2014, he was offered an assistant coaching position with the Chicago Bandits, a women’s professional fastpitch team in the National Pro Fastpitch (NPF) league.

Foore also coached pro player Sara Moulton when she was in her high school career at Eagan High School and now in her third year as the Chicago Bandits’ pitcher.

“I always liked to joke, ‘Roman, this is gonna be our 10th year!’ which is pretty crazy in itself,” Moulton said. “He was always someone I respected and it’s been cool to grow together (as player and coach).”

Moulton also spoke of Foore’s intensity, noting that there was also an incident during the Bandit’s high-stakes game versus the USSSA Florida Pride where Foore referred to the ump as a “clown” due to a call that was made.

“It just shows the passion that he has, that he fought for that one play,” Moulton said.

Foore’s currently on staff for both the Bandits and the Royals, experiencing success at both levels. Roman has won the NPF’s championship and a MIAC Championship while coaching alongside his wife, Penny.

Roman says it has been challenging balancing coaching at the professional level while he coaches NCAA Division III ranks, but recognizes that expectations are high for both roles. He preaches positivity and encouragement, and his players speak highly of his disposition.

“I just love being able to give back to the game that has given so much to me and my family,” Roman said.

0 comments on “Any League, Any Level”