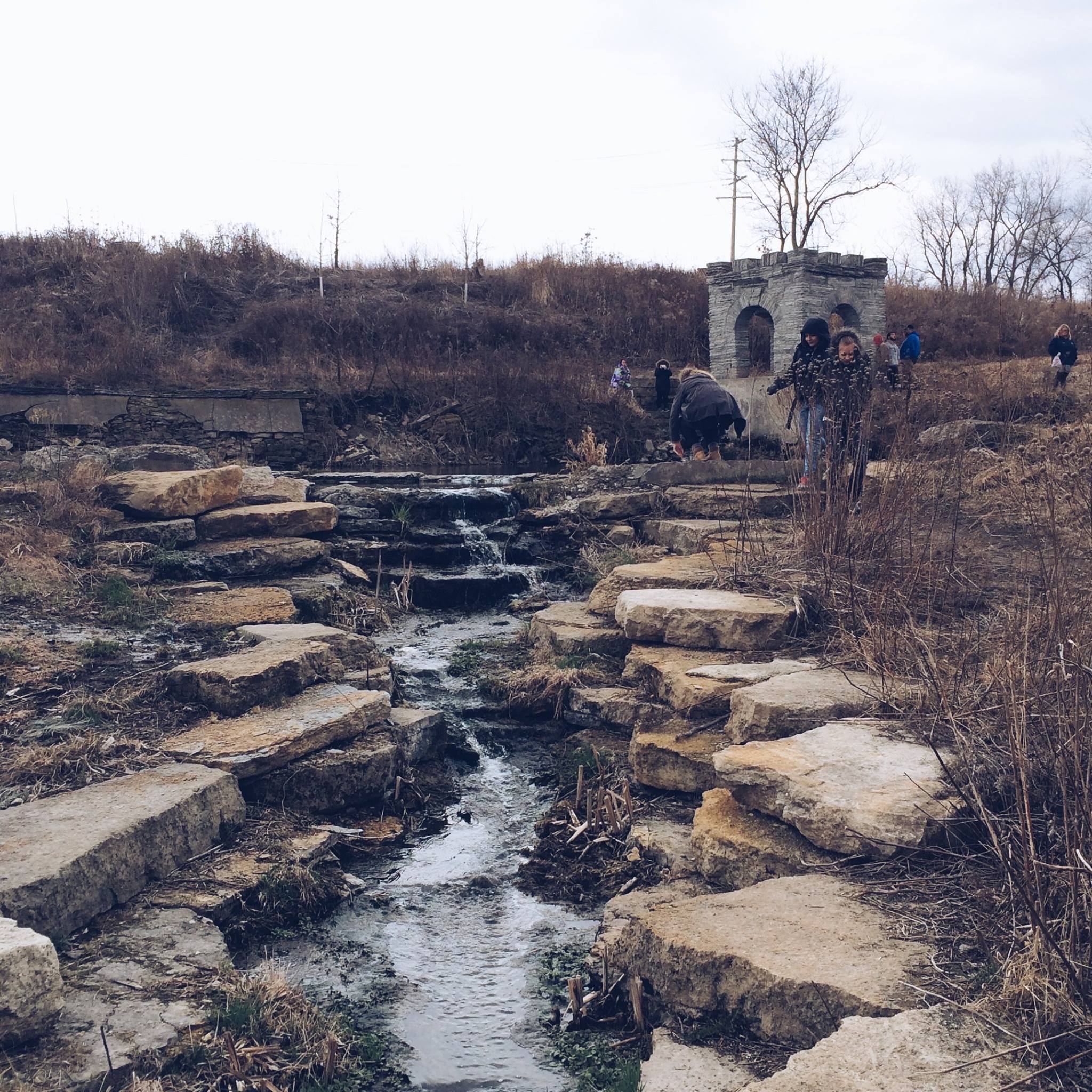 The group traveled to Reconciliation Park on March 16 to visit the mass execution site of 38 Dakota men in 1862. The execution remains the largest in US history. The park, a small scrap of land next to a Mankato city road, stood out from the city because of a white bison statue the size of a pick-up, placed where the hangings took place and a scroll-shaped sign flanked by stone benches that read “forgive everyone everything.”

The trip brought the group back to the Twin Cities the cloudy day of March 17. Raindrops splattered on the van windows as they pulled into Fort Snelling State Park, the site of a small concentration camp the winter of 1862 for more than 1,600 Dakota people, 300 of whom died during their stay. This happened 20 miles from Bethel’s gate.

The March weather painted the now grown-over forest an ashy grey. Only a group of wooden sticks with red cloths at the end, plunged into the ground in a circle, gave color to the forest. The circle is the marker of the Dakota Commemorative March led by Dakota grandmothers in November of each year. Jacobs gave each group member a handful of dried tobacco to give as thanks to the land. Klanderud’s words from two nights before echoed in each mind.

“If you see no reason to give thanks, the fault lies only with yourself.”

0 comments on “Road to Reconciliation”