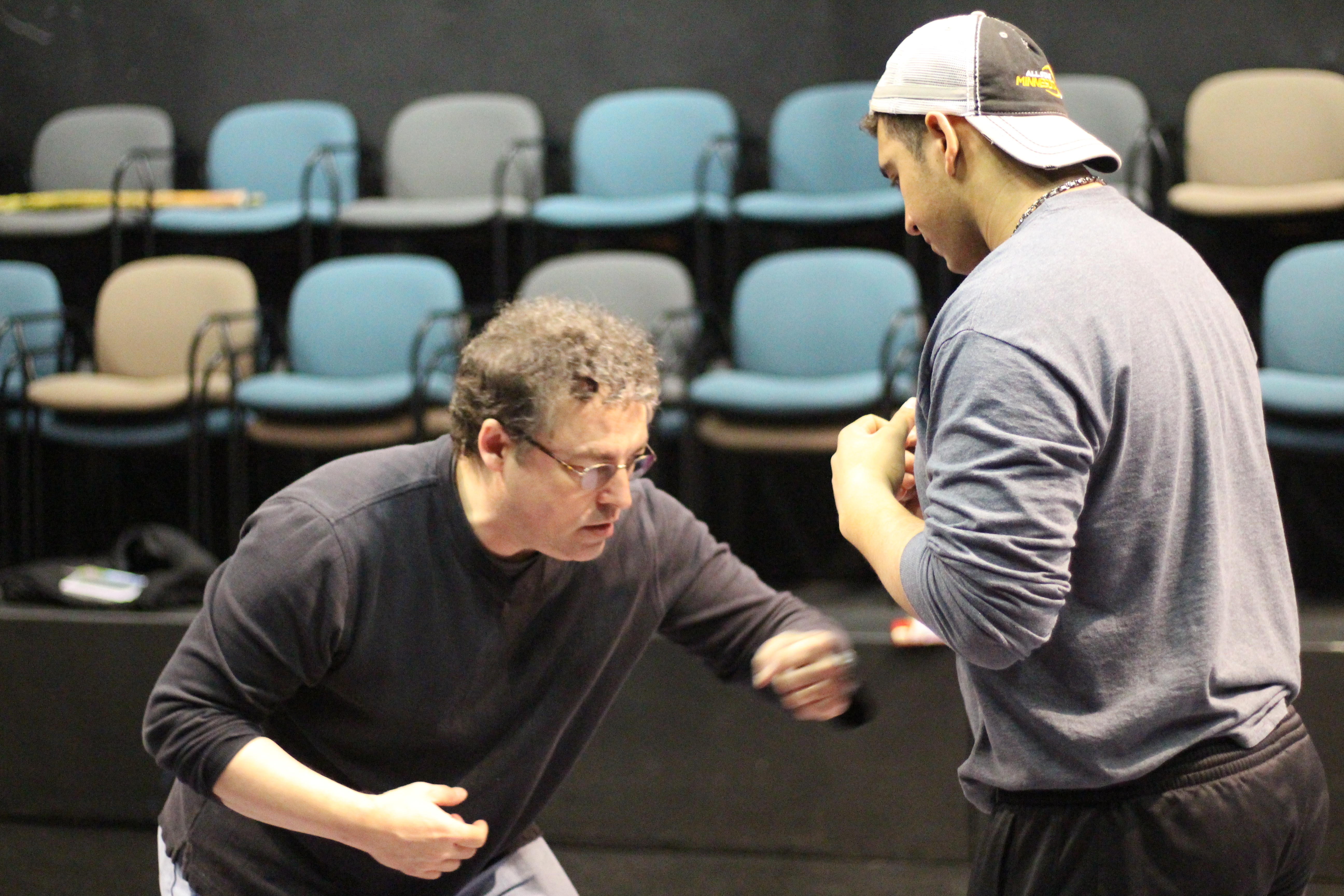 Playwright, director and Professor of Theater brings an unusual twist to a few familiar musicals.

Many people know the tales of the Wild West sharpshooter Annie Oakley, or recognize fiery red curls as the hair of the little orphan who shares the name. Not many would have thought to pair the two Annies together. Many people aren’t like Brent Adams, however.

While on sabbatical this past fall, Adams worked on his playwriting to create a musical mash-up of three familiar shows: “The Little Orphan Annie,” “Annie Get Your Gun” and “Pistolville.”

Adams has been adding elements of these musicals in a strange, quirky way to come up with what he calls “a satire on American gun culture.”

Coming from eastern Kentucky, the theatre professor grew up with guns as common household items and doesn’t want his piece to be seen on either side of the argument. Instead, Adams created “Little Orphan Annie Get Your Gun in Pistolville” as a thoughtful, light-hearted and humorous show.

The playwright hopes to have his musical shown at the Minnesota Fringe Festival, a festival of live stage performance through theater, dance, puppetry, spoken word and storytelling. “Fringe Fest,” as Adams refers to it, takes after the Fringe Festival in Edinburgh, Scotland – the largest arts festival in the world.

As an outlet for artists of all kinds, these festivals are a place where anyone can come experiment with their work and show it off for a short time. Adams has participated in Minnesota’s own Fringe Festival a handful of times, and is hopeful to enter another one of his musical mash-ups.

Sophomore Beret Leone has been in Adams’ theater classes at Bethel and insists that this new adaptation will be a hit.

As a student in Adams’ classes and a performer under Adams’ directing, Leone understands how he operates and how he chooses to portray a story. Leone is one of the lead characters in Bethel’s upcoming production of Shakespeare’s “As You Like It.”

“I kind of get how he works, but I have learned more about him through this show. His goal is to make it as fun as possible. Even if it’s super out there, we try to get a laugh. “We’re just experimenting and having fun,” Leone said.

Adams’ wife, Leigh Anne, is a Bethel theatre professor as well. Together, the Adams duo has been working to create an instructive environment for the students, but also a fun atmosphere for the actors that step foot onto Bethel’s stage.

“Brent is definitely the goofiest; I laugh in his classes all the time,” said Leone. “His wife is such a sweetheart. You can tell she has such an appreciation for the theatre and together I just think they’re the greatest.”

Adams uses techniques of character development and humor both in his classes and his playwriting. “Little Orphan Annie Get Your Gun in Pistolville” is still in the final workings but in the meantime, Adams has used this script as a cold read for his Acting and Auditioning on Camera class.

“It was so creative, it just made me laugh. It was just so him,” Leone recalled. “Only he would be able to put those together. I don’t know how he manages to do it but it ends up super creative.”

0 comments on “The Playwright’s Practice”