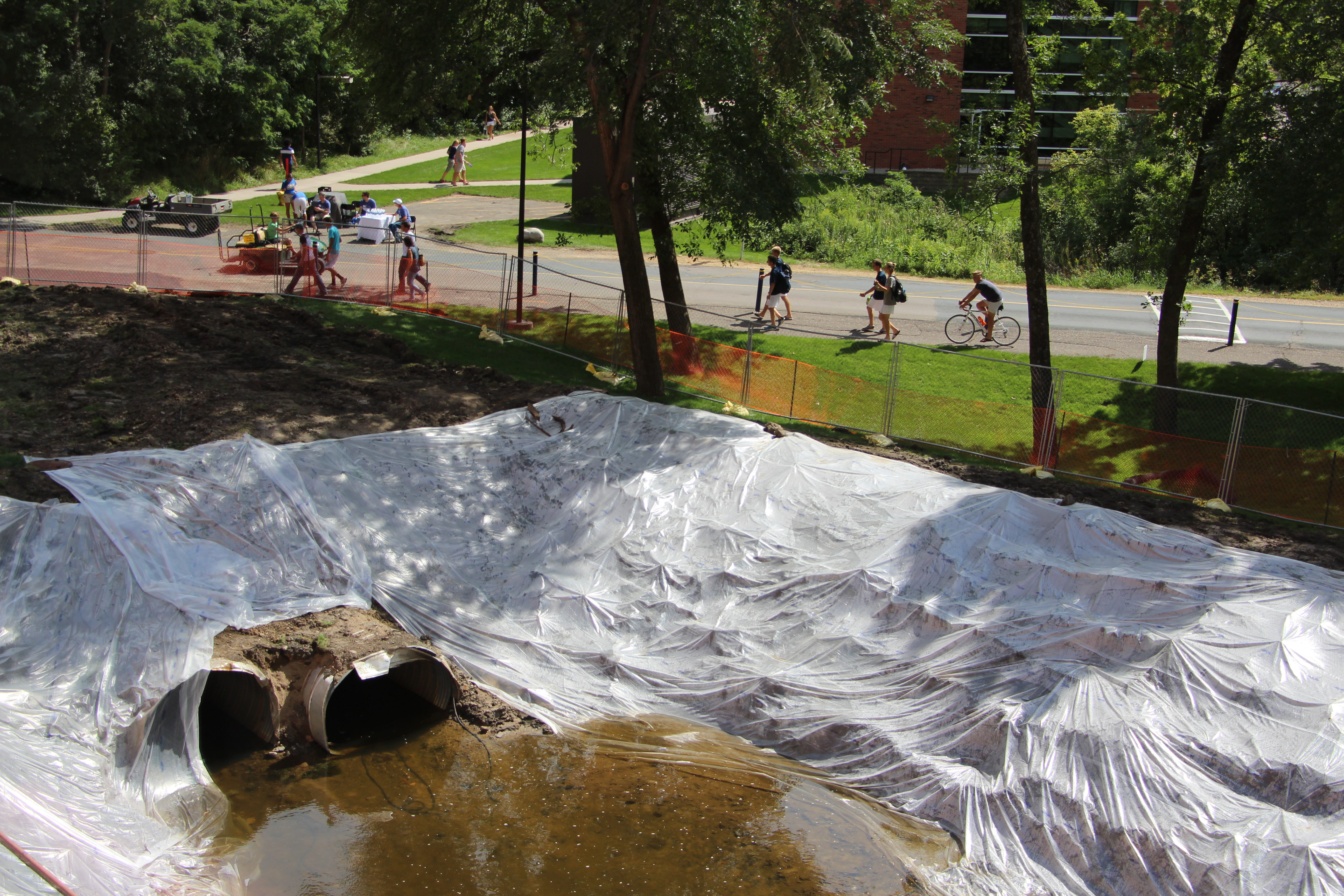 Is Bethel building a new Heritage pool? Are they turning the hole into a pond? Or is it a giant Slip’N Slide? The hole in front of Benson is none of these.

The sinkhole worksite, seen clearly from the main road on Bethel’s campus, is fenced off and covered in tarp. The grass and dirt have been removed, exposing two large storm drainage pipes and brown tinted water.

The rumors about Bethel turning the hole into a pool, pond or Slip’N Slide are false. However, the rumor that fish are swimming in the sinkhole is confirmed to be true, according to Lindsey as well as master electrician Mitch Hanf.

“This is actually very dangerous,” Lindsey said. “There is potential for serious injury. There are sharp, raw metal edges here, as well as major infrastructures and fiber optics.” Lindsey assures that the lawn outside of the fence containing the sinkhole is completely safe.

“We’re confident the sinkhole is stable and the road is stable, so we don’t have any concerns. It’s just within the construction fence that we want people to understand the dangers,” Lindsey said.

Problems like the sinkhole have recently been seen all around the Twin Cities due to the unusual amount of rain this summer. The grounds crew first noticed a small sinkhole, which grew each time it rained.

The storm water drainage pipes run from the creek to the lake. Due to the extensive amounts of rain and multiple big storms we received this summer, the grounds were saturated, which caused the drainage pipes to rust, leading them to collapse early to mid July, Lindsey said.

“It was amazing [that] it was only a few feet away from the buildings. Praise God it wasn’t any closer,” sophomore Natalie Narloch said.

Bethel is currently working with engineers and contractors to figure out a plan to fix the sinkhole, hopefully before the end of the year depending on costs.

“It won’t be cheap; I’ll just say that,” Lindsey said.