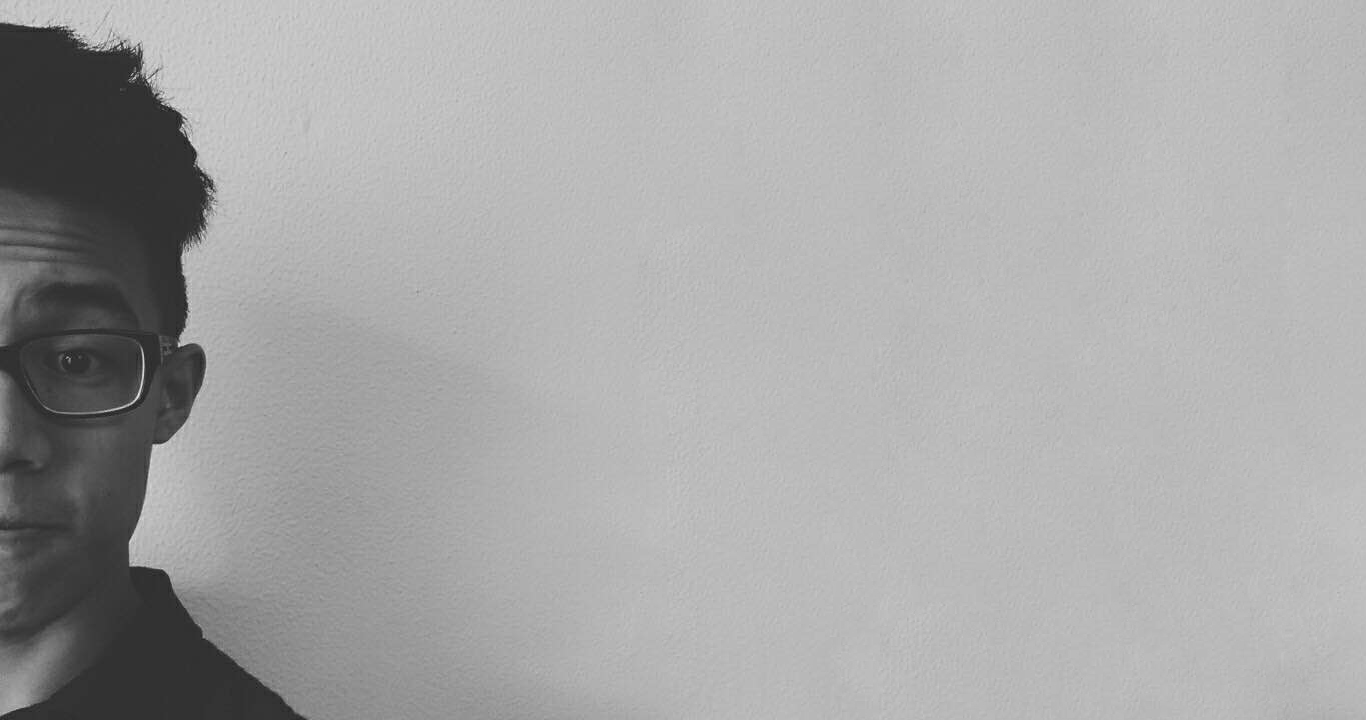 Editor’s Note: The following article is a reflection on discussion prompted by the piece, “Being Gay at Bethel,” published May 2015 in the Clarion. Because the article was published in the last month of the year, the Bethel community had no opportunity to discuss and respond to the article, and many in our community left Bethel with more questions than answers regarding Bethel’s policies and attitudes towards the LGBTQ community. In publishing this article, we hope to inspire further conversation. In the first chapel of the year, biblical studies professor Juan Hernandez Jr. challenged the Bethel community to speak up for the poor, the captives, the blind, and the oppressed, imitating Christ in this way. At the Clarion, we strive to speak up on issues that matter most to the Bethel community. Venegas, a junior linguistics major at the time “Being Gay at Bethel” was published, has since graduated and now works at Cyber Village Academy as an office administrator.

There’s been quite a bit of change at Bethel over the past year. One change is how the campus climate is shifting in regards to LGBTQ students and issues since the release of Being Gay at Bethel in the May 2015 edition of the Clarion.  The article was picked up by several sources and publicized by the likes of Justin Lee, founder and executive director of the Gay Christian Network, and Rachel Held Evans, Christian author of several New York Times bestselling books. A year later, I believe real changes have taken place on campus and in the minds of students and faculty. Some believe that recent changes and attitudinal shifts are signs of positive progress, but others are still skeptical and want greater change sooner. While both of these viewpoints are valid, constructive conversations may have been initially stunted by the way that this topic was first approached. The way that the article framed the conversation may have frightened some students away from coming out and engaging the topic further.

Some students I have connected with said that the tone of the article may have unintentionally created a greater sense of fear. There is no historical precedent for any student ever being expelled from Bethel University for coming out as LGBTQ. However, that doesn’t diminish the fact that there is still a culture of fear and wariness when it comes to LGBTQ students and their willingness to be open.

Campus Pastor, Laurel Bunker, recently stated that administration is exploring the possibility of revising and clarifying official statements to ensure that all current and prospective LGBTQ students feel welcome to participate in the Bethel community under the Covenant without any fears of reprisal solely due to their sexual identities. These changes are sorely needed, especially because many of the official statements can sound hostile to LGBTQ students. I believe that many students don’t feel comfortable coming out due to the ambiguity in the wording in the Covenant for Life Together.

However, the actual lived experience of many students seems to directly contradict this perceived hostility of Bethel as an institution. Bunker believes that this may be due to cultural transfer from mainstream society where Christians as a whole are viewed as antagonistic toward LGBTQ people.

“It’s like the two [faith and a queer identity] can’t go together,” senior Lauren Huberty said.

This idea, coupled with the unclear wording of the Covenant and other official statements, may give students the impression that Bethel isn’t a safe place for LGBTQ students and that they must be cautious with whom they speak. While this is understandable, it’s also a fear that is founded on speculation and impedes any real dialogue or learning on a topic that is too important to be silenced by hushed whispers or rudimentary assumptions.

“Relationship is the basis for conversation, and relationship requires risk,” Bunker said. “When we pull our narratives from a culture that is not Christ-centered, we start to weave a story in bits and pieces rather than getting a sense of the whole.”

The attitude of Bunker and other faculty and staff make it impossible to underscore the role of relationships in fostering and facilitating life-changing dialogue for both LGBTQ students and others. Personally, I have to thank Sandi Weightman and Miranda Powers, a Spanish professor and Associate Dean for Campus Engagement respectively, for their presence in my own life in general, but specifically regarding conversations on this topic.

I would say that the largest positive impact of the May 2015 Clarion article is the more widespread openness and nuance with which LGBTQ issues are being handled at Bethel. Though specific sexuality events have been few and far in between thus far, the willingness to engage in conversation helps in affirming that LGBTQ students are not second-class citizens.

“The Bethel community has become more open to participating in discussion,” senior Elizabeth Ciesluk said. “Students, especially, have become even more willing to open up to our stories and experiences.” Ciesluk appeared in the May 2015 Clarion article. But the impact did not stop at the student level. Bunker acknowledges the impact the article had on administration as well, noting, however, that the Bethel community is often “reactive rather than proactive in our conversations on things that matter.”

Evidence of the institutional movement to remedy the lack of dialogue are seen in a new sign outside the Student Life office stating, “It’s okay to talk about sexuality,” and an invitation for Mark Yarhouse, a psychologist from Regent University with a research focus on Christian LGBTQ students.

The issues that felt off limits before don’t feel that way anymore, reflecting a positive change. I’ve found that several staff members and administrators have been open to talking about how campus can be improved for LGBTQ students so that they feel welcomed to be full participants in the Bethel community without fear of consequence due to sexuality.

Over the last year, I’ve connected with various members of faculty and staff, who have all been receptive to hearing about ways that Bethel can further support and meet the needs of LGBTQ students.

I speak against the idea that Bethel is opposed to LGBTQ students or that Bethel only tolerates them. If anything, the only pushback that I’ve received has been from fellow students who disagree with me, rather than from faculty or staff. This tends to be more representative of the experiences of LGBTQ students.

“Most faculty members interviewed for the article [of May 2015] were portrayed pessimistically. I think their characters were misconstrued. Never once did I hear negativity from faculty,” Ciesluk said.

My goal isn’t to vilify either administration or other students. Our discussions on difficult topics such as sexuality need to be undertaken from a posture of grace, and that includes the LGBTQ population. It’s true that some degree of passion is justified, but we won’t accomplish anything from a posture of hostility. It’s purely hypocritical for us to be crying out for others to have grace on us and our differing beliefs without simultaneously being gracious in return. We must work towards pursuing God in Christian community.

But, this looks different for different people. While many mainstream conversations about sexuality and LGBTQ issues tend to focus on adopting a stance of being completely affirming, that is not necessarily reflective of the entire Christian LGBTQ community. Some may hold to the position of desiring universal affirmation, but some may be convicted to hold a traditional sexual ethic. It’s absolutely essential for us to hear out everyone’s story and realize that all positions are worthy of respect.

It’s crucial for us to remember and understand that regardless of where you stand theologically or ideologically, there are still good, Bible-believing, Jesus-loving Christians who may fall along different points on that spectrum of belief.

“If I could communicate anything about those who identify as LGBTQ, it would be that we’re all different and shouldn’t [necessarily] be categorized together,”Ciesluk said.

The Clarion article and the conversations and events that have taken place since are just the beginning. It might not be easy, especially considering the tensions that accompany these kinds of discussions, but it’s necessary and worth it to stand together in that tension.

To LGBTQ students at Bethel who might be feeling fearful or anxious about what their future holds, Bunker said, “You are loved. You are valued. There is diversity within experience, within Christendom, and within people’s lives. So, if you have a narrative, you own your narrative, but you don’t have the right to vilify, to lie, or to put other people in boxes.”

And again, while we are still only at the beginning of this journey, Ciesluk is already looking ahead.

“I think we need to provide more venues to educate and discuss. Formal discussion will spark casual discussions, which in turn will make people more aware of how they interact with students of the LGBTQ community.”

Thus, while the original Being Gay at Bethel article may have been rather pointed, it served as the catalyst for the conversations revolving around sexuality that Bethel is learning how to have, and that is powerful. These conversations are never easy, but they are necessary. As I stated in the original article, this is life for a lot of people, people with real stories that need to be heard and understood and talked about, people with real lives that need love and support just like everyone else.

5 comments on “Being Gay at Bethel: Revisited”