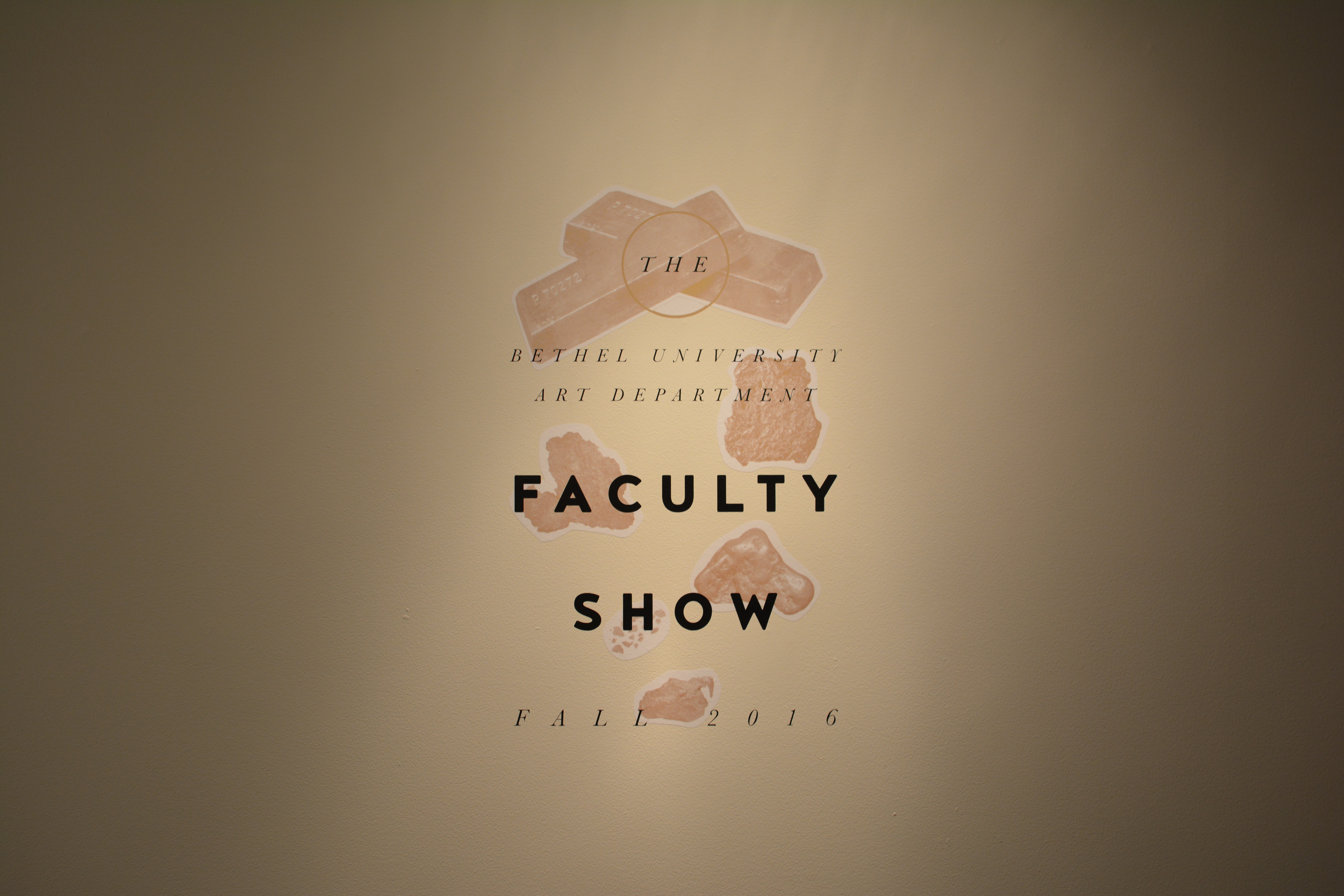 It’s more than just a kick off to another year for Bethel University’s art department; it’s the seniors’ chance to show off their skill outside of the classroom to their professors and peers. ‘Something from the summer’ is the annual exhibit where graduating art students display their pieces from over the summer, done on their own time and their own creativity.

Any artist will say that the toughest part of making art is finding the right idea; the ability to focus on one subject and express it coherently takes practice and discipline. It’s exactly this discipline that these seniors hope to display in this exhibit.

During their junior year, each student met with the art faculty to discuss their past work. Feedback and advice is given for how to approach their summer project, whatever it may be — and that’s the last we see of them until this opening exhibit. Not even the art faculty know what they will see when they walk into the Senior Art Studio.

This year, it’s a small group of only  artists, giving them a large space to fill. They do a nice job; there’s no gaping spaces to be seen on the walls of the studio. Each artist briefly introduces his or her work, giving context and the occasional explanation for it.

There’s a strong vein of self-limitation and self-exploration. Senior Jackie Minke decided that each piece of work must involve waffles. Another senior, Lauren Osman, refrained from including her favorite subject, horses, and instead used photography to express her emotions surrounding them.

The pieces were well-received; the vein of self-exploration prompted viewers to ask the seniors what they had planned after graduation. The answers ranged from “Straight to grad school,” to “I have no idea.” Nobody is worried though; seniors proved their competence and ability to think independently about themselves and their work.

“People responded well to the art and it was a good turnout,” junior event attendee Jess Lamb said. “Plus the pizza was good.”

0 comments on “Something from the summer”