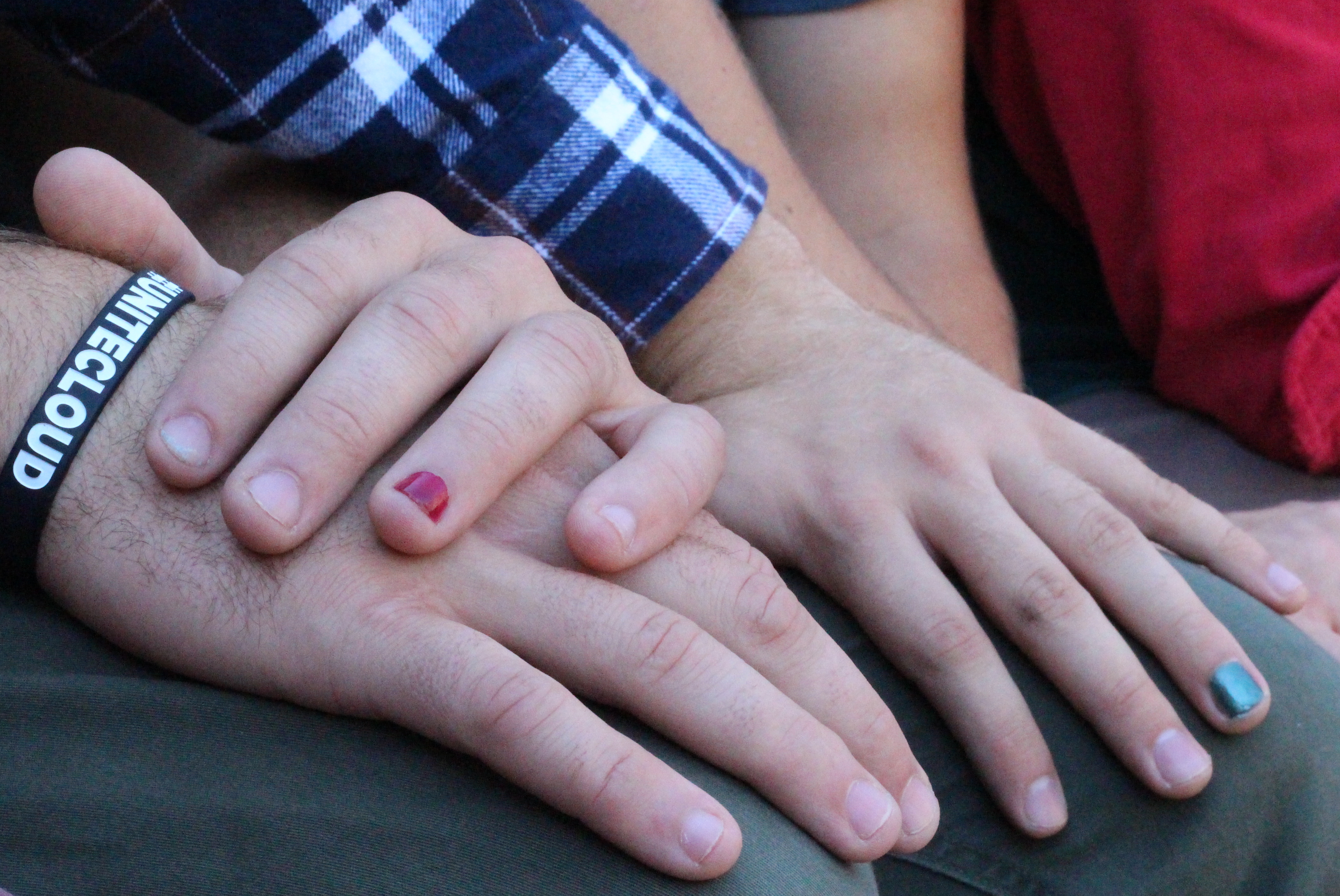 Men across Bethel’s campus sport nail polish on one finger for a Polished Man project.

A growing number of men at Bethel University will sport nail polish this October to take a stand against child abuse. Influenced by the project Polished Man , supporters will wear polish on a single nail to represent the statistic that one in every five children are either physically and/or sexually abused by the age of 18.

“Everybody knows that abuse happens, but one in five is something that I never would have guessed would be so extreme,” senior Sam Hastings said. Hastings initiated the Polished Man movement on campus and started a fundraising page to donate to the cause.

“The main thing for us is to raise awareness and to raise prayer. That’s the biggest donation we can get, but financial donations are also very important,” Hastings said. “If you feel called to donate financially, that’s great. I’ll accept it, but in no way are we trying to push that. I just want the issue to be brought forth.”

The money raised will be donated to trauma recovery and trauma prevention programs for children who have experienced abuse or are at risk globally. As of Oct. 17, the fundraising page raised $456.

“The program itself really serves to help these people with healing,” junior Trevor Limberg said. Limberg recently painted his nail red to express his support.

Everybody is welcome to join this movement, however the focus is on men due to the fact that 90 percent of child abuse is perpetuated by males, according to the Polished Man website.

“It’s important to the Polished Man movement that it’s the men that are stepping up to change this,” Hastings said.

Women are still encouraged to paint a nail, lend polish, pray or donate.

“We believe in a world where no children should suffer from violence, because it should never hurt to be a child,” Polished Man proclaims.

More information can be found through the Polished Man website.