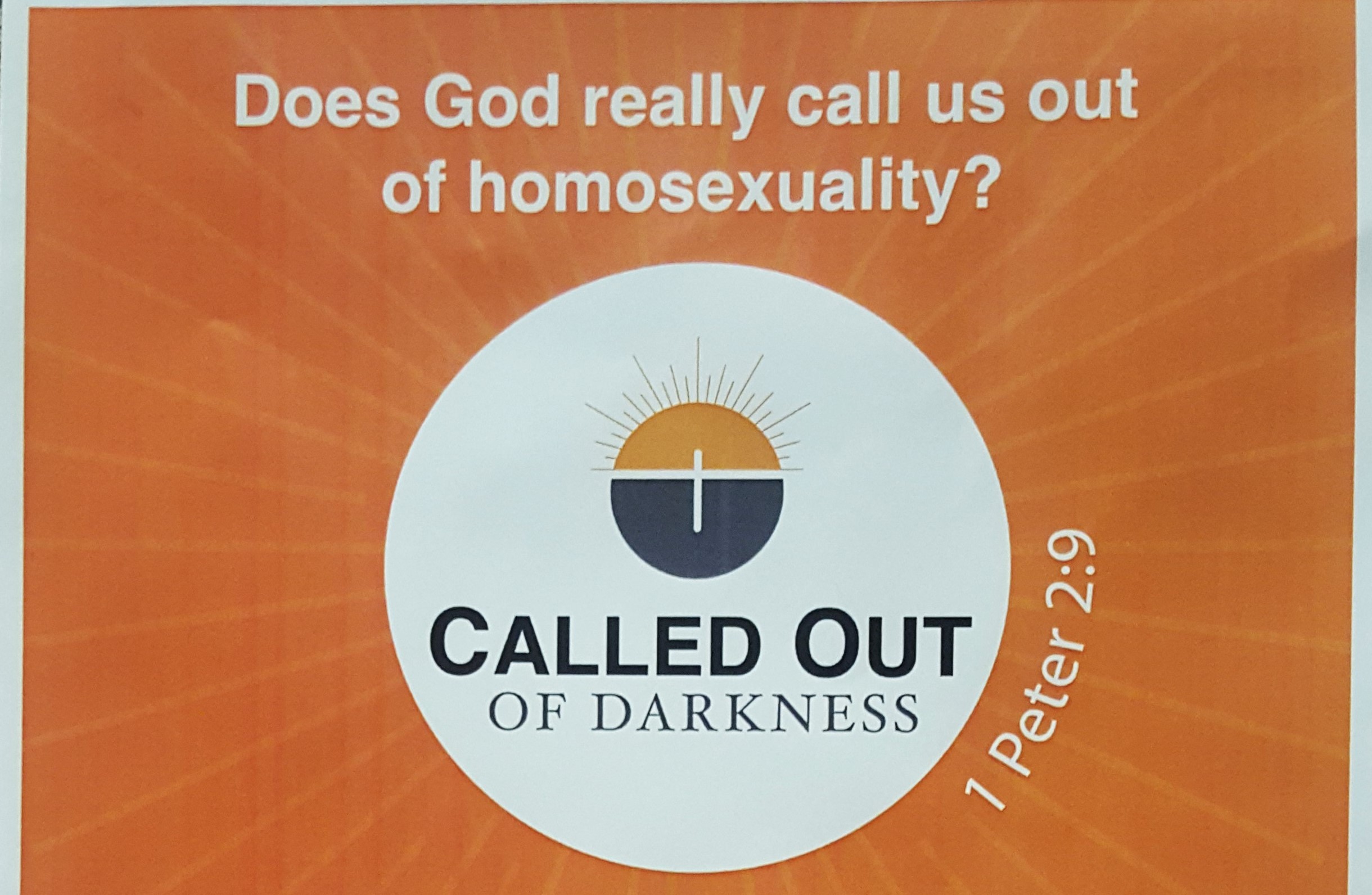 Posters approved by Student Life cause students and faculty to speak out.

“The poster is saying, ‘hey, how you’re feeling is wrong,’ which is an interesting thing because my sense has been that Bethel’s stance isn’t that homosexual feelings or orientation is sinful, it’s been the behavior,” psychology professor Joel Frederickson said. “In that way, the poster seems to go against what Bethel’s stance has been, of how I’ve understood it.”

Frederickson explained how, although the poster does not explicitly say it is recruiting for homosexual reparative therapy, it alludes to it.

“The majority of faculty in the department would be uneasy about something like this. I’m not saying [the poster] is conversion or reparative therapy, but it looks kind of like that,” Frederickson said.

According to Student Life, posters are only supposed to be approved if they are sponsored by a department. This poster, however, did not have a department sponsor.

“I’m wondering if they should just be taken down,”Administrative Assistant of Student Life Amy Corriher said. “It may have just been a mistake.”

“People want to make it as if it was just a liberal agenda kind of thing, but in New Jersey it was a Republican governor who pushed to have reparative therapy outlawed,” Frederickson said.

The American Psychology Association has also come out against reparative therapy due to anecdotal evidence of damage it has caused to individuals, including taking their own lives.

Senior Christopher Bengtson said the poster is framed in theological words which avoids the church using the term “conversion therapy.”

“I don’t know why the church has so much trouble accepting people for who they are,” Bengtson said. “Gay conversion therapy doesn’t work and is psychologically damaging. Just because you have unwanted same-sex attractions doesn’t mean you’re a bad person.”

The website advertising the event gave information on speakers for the one-day conference.

Speaker Dennis Jernigan has “been walking in freedom from his former homosexual identity since November 7, 1981,” while speaker Nate Oyloe has more than 15 years experience “ministering to the sexually and relationally broken.”

Bengtson said this language perpetuates dangerous and harmful ideas and contributes to dehumanization.

“Putting people into categories based on one part of their being doesn’t acknowledge their entire person,” Bengtson said. “(It ends up) defining the entire person as wrong and sinful.”

Junior Lauren Huberty also posted a picture of the poster on both Instagram and Facebook: “This poster is plastered all over Bethel and many of my LGBTQ family and I are heartbroken that Bethel would promote an organization that tells people that being gay means you are living in darkness and that you must be saved from your sexuality and identity. We are gay and we have the same Christ living in us as any straight person,” Huberty wrote.

“Things like this promote oppressive behavior by ignorant people. Organizations that say they can pray away the gay and save you are only shaming and preventing God’s all-inclusive love and deepening the hurt many gay people feel from these kinds of Christians. Stand with us against lies like these.”

7 comments on “Posters in Bethel stairways cause controversy”