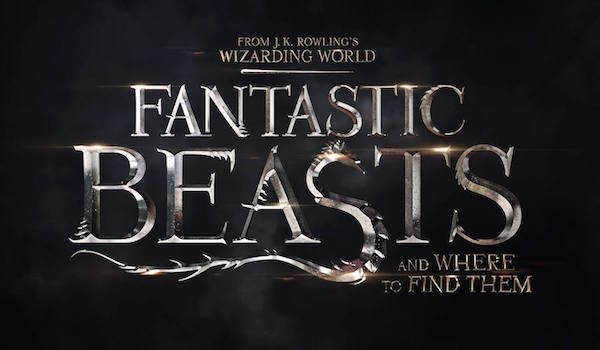 A look inside the new Harry Potter content and how it’s splitting the fandom  apart.

Like many Harry Potter super fans, I’m a twenty-something now and grew up with the Harry Potter fandom. Also, like many, I haven’t been as eager to dig into the new Harry Potter material as one might assume

At this point, I haven’t read The Cursed Child and I don’t intend to read to the e-books published on Pottermore.

I remember finishing the 7th book at Betty’s Pies in Northern Minnesota and sobbing like a maniac in the small diner because everything came to a happy, long-awaited close. This was a collective experience for all Harry Potter fans and this unprecedented geek-trauma banded the community together to continue enjoying Harry Potter after book seven.  Now, faced with a shape-shifting wave of new material, Harry Potter fans aren’t sure what road to take.  And many, like myself, are heartbroken to decline the roads that JK Rowling is offering.

I’m not concerned whether or not the new material is cannon and should be held as truth for the series — I think it should be. I am concerned, however, about the growing sense of fiction I was able to evade my entire life and I’m certain that age is not a factor here.

As a child (probably 16 or 17 but who’s counting?), I crafted a massive fort out of industrial sized cardboard boxes and pretended it was Hogwarts. I taped a picture of the fat lady on the door and hung black and white pictures of Hogwarts ghosts from a string. I literally sat inside this box and pretended that I was inside the Hogwarts.  I played the soundtrack from a old CD player and did my best to generate the magical, yet realistic, Harry Potter aesthetic.

That being said, my looming fictional awareness is a new quality, absent from a previous lifetime of being a Harry Potter consumer. For me, the new material has emphasized Harry Potter as an invention. Each time I make a choice of what to read or not read, I become conscious of Harry Potter as a story I might not have a place in anymore.  I’ve grown apprehensive of my identification of a Harry Potter fanatic, despite having participated fully in the fandom from midnight releases, to podcasts, to out-of-state conventions and even wizard rock concerts.

The Cursed Child is sophisticated and presents new material and information on the Wizarding World.  Initially, the new medium of the play disappointed fans who felt like it was inaccessible.  However, when the script was published, many fans surprisingly found themselves hesitant to approach the new material. Is Harry’s adult life something I want to know about? Will it forever change how I read the originally series? Is it worth the risk of tainting the experience with the original novels? As fans ask and debate these questions, I miss the sense of agreement and unity that The Cursed Child toppled. With rumors of the Broadway premiere of the play sometime in 2017, I’m aware that my curiosity will likely pull me in. For now, hearing fans have a bad experience with the play is enough to keep me away and guard the special place I have for Harry Potter in my heart.

Today’s official extensions of the franchise come with a pressure to approach the material with the same seriousness we approached the novels.  Yet, the comfort of Harry’s narration and feeling that we are existing in time with the characters is gone.  The new content is minimal and in new mediums that create the sense that Harry Potter is continuing on without us. Details and plot fragments that deal with characters in the present day, separate me from Harry’s life, reminding me that somewhere the characters are growing old and living their life without me. The only alternative to this discomfort is a reminder that it’s all fiction anyways.

I don’t see these extensions ending anytime soon. I fear for a future with comic strips, more e-books, etc. that deviate from the Wizarding World aesthetic which was so masterfully executed during the time of the books and films. Though a visit to Pottermore is a fun way to learn about my Patronus  (a kingfisher) or be sorted into a Hogwarts House (Hufflepuff), I’m opposed to reading material online that could and should be sold in bookstores.  With the aesthetic being a non-negotiable aspect of the experience to many fans, I’m thrilled for the Fantastic Beasts and Where to Find Them films and love Universal Orlando’s Wizarding World. Fantastic Beasts reunites the creative team of the original Potter films, with a screenplay written by JK Rowling. Set in the 1920s in New York City, it adds to the Harry Potter story without re-touching content from the books or dealing with present-day characters. I can’t wait to hear a new story from JK Rowling that stands alone and invites us into the wizarding world in America.

0 comments on “Christine’s Corner: A Potterhead’s Turmoil and Excitement as the HP Franchise Continues to Grow”