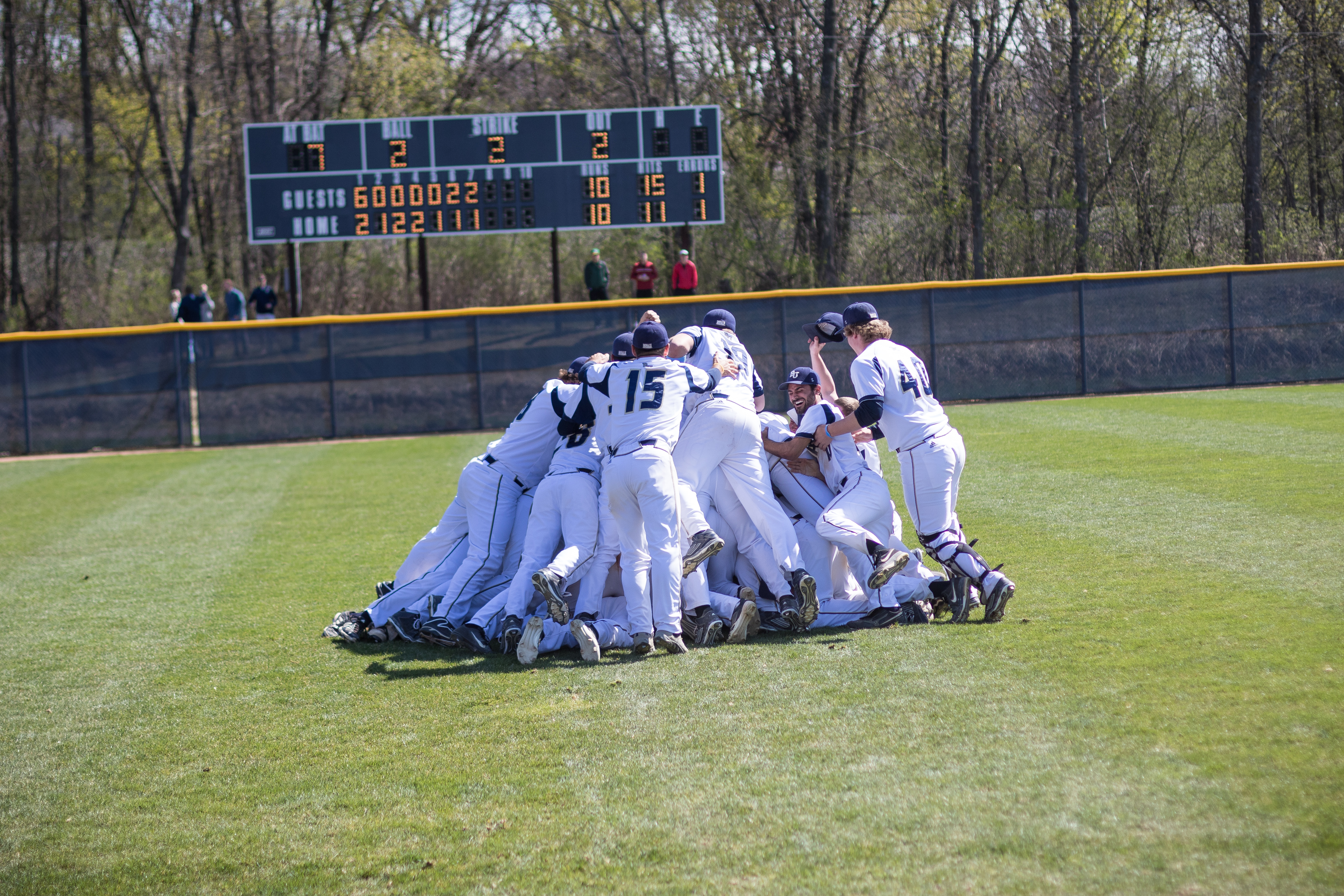 Dating back to 1920, The Minnesota Intercollegiate Athletic Conference (MIAC) holds a  lineage of athletic accomplishments. The conference, which is home to 22 sports across the state of Minnesota, came into fruition with the inclusion of Carleton College in Northfield. Gustavus Adolphus College, Hamline University, Macalester College, St. John’s University, St. Olaf College and the University of St. Thomas as its initial members.

“The MIAC is one of the premier conferences in the country in terms of competitive success. The reputation (of the MIAC) is stellar because of the quality of product in the competitive arena and the way MIAC athletes act off the field as well.” –Bob Bjorklund, Bethel sports director

“The MIAC is one of the premier conferences in the country in terms of competitive success,” Bjorklund said regarding the conference Bethel competes in.  “The reputation (of the MIAC) is stellar because of the quality of product in the competitive arena and the way MIAC athletes act off the field as well.”

Bethel University joined the conference in 1977 and has since only won 7 championships.  For nearly 90 years, MIAC has crowned collectively more than 700 conference champions in all respective sports. St. Thomas Tommies stands tall with 197 titles. The Tommies currently hold the record of 31 MIAC Championships in men’s basketball, winning the title each year for the past decade.

In St. Peter, MN, Gustavus Adolphus College plays backseat to the Tommies with 153 MIAC championships. The Gusties, founded in 1852, holds a distinctive history of men’s athletics. In 2014, the Gusties’ football team, led by quarterback Mitch Hendricks, set MIAC record for most passing touchdowns in a single game with 7. Additionally, they hold the MIAC record with 45 tennis championships.

St. John’s University follows with 107 total MIAC championships under their belt. The Catholic school located in Collegeville, MN holds the record for most MIAC championships in football. The record can be attributed to John Gagliardi, who coached from 1952 until his retirement in 2012. Gagliardi is credited as one of the most successful coaches in college football history, amassing 489 wins in 60 years at St. John’s.

Traveling down south brings along collective hardware. Northfield, MN is home to the Carleton College Knights and St. Olaf College Oles. St. Olaf edges out Carleton with 66 MIAC titles while Carleton holds 22. Macalester College & Hamline University is within the heart of St. Paul, Minnesota as well as the record books of MIAC championships. Macalester won a total of 82 championships. Their fast-paced men’s track and field team led the pack with 22 team titles. Hamline has collected 56 overall championships with their highest amount of records coming from basketball with 19.

Up north, Concordia College in Moorhead corralled 22 MIAC titles. The Cobbers, who sports maroon and gold, gained accomplishments through their basketball, track & field and most recently football program. St. Mary’s University in Winona, MN holds 7 MIAC titles. This is the least amount of all men’s sports with most of theirs coming from hockey.

With highly recognized athletes and national ranks, the MIAC has cemented its status for premier men’s athletics at the Division III level. From the record books to the trophies, the history of the MIAC speaks for itself.

Sports information director Jared Johnson touts the MIAC for not only its success on the field or court but their individual success as students.

Looking into the future, Bjorklund expects Bethel to stay true to the conference’s mission statement: “Striving for competitive excellence”. This translates not only to the field or court, but to the overall student athlete experience.

“I want our sport teams to be good  We do not apologize for that but we also do not let it get in the way of putting a high priority on the student athlete experience overall,” Bjorklund said. “My biggest hope is that we would graduate student athletes who go out into the world and become difference makers for Christ.”