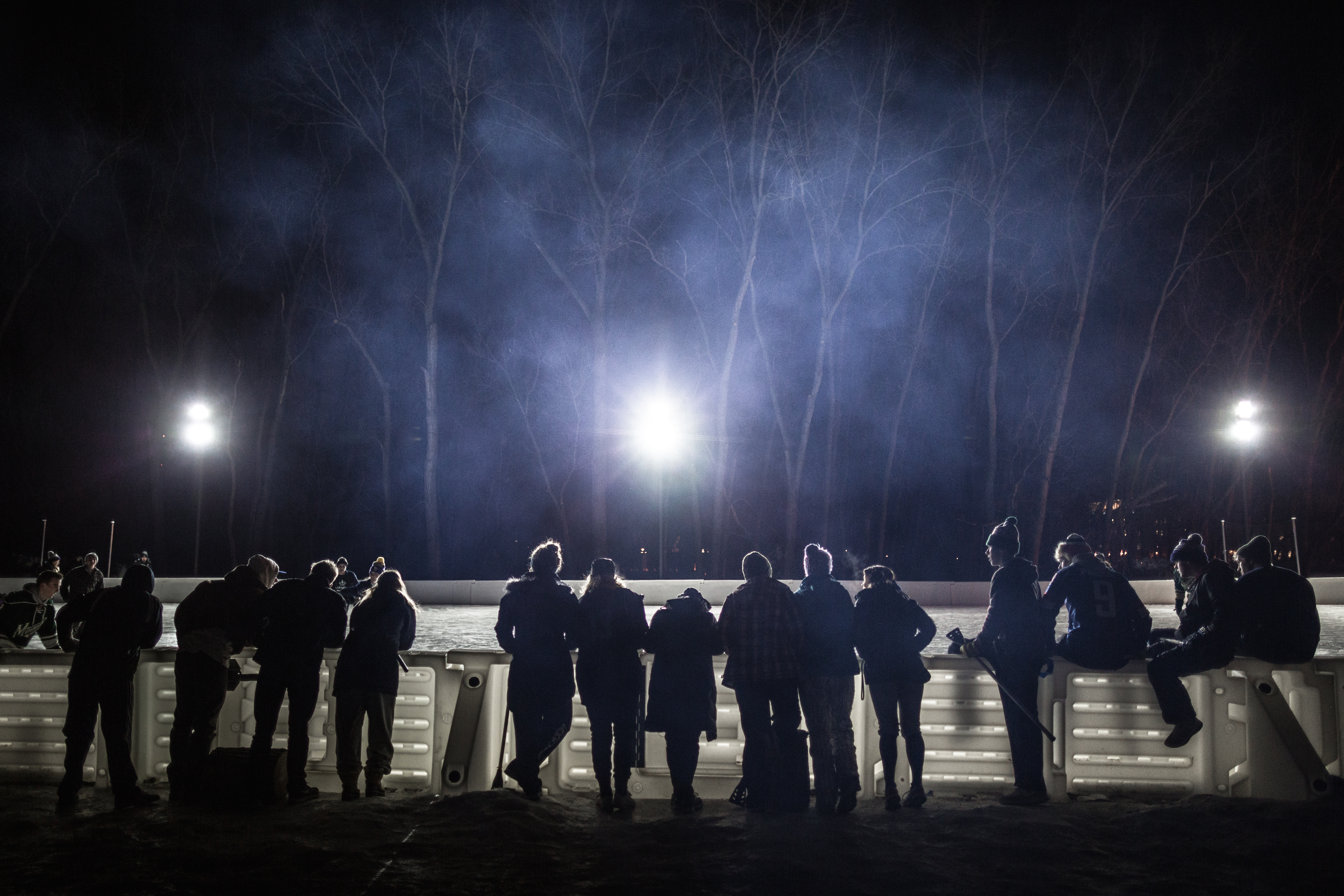 The broomball champions rise to the surface after a Jterm of ice battles.

By Maddie Christy | For the Clarion

A few dozen fans bundled in scarves, mittens, parkas, and Love Your Melon hats leaned against the boards anxiously awaiting the start of the Broomball Championship game.

Dump and Chase, with a perfect season at 7-0 entered the rink confidently.

“Win or lose, it’s been a good year of broomball,” sophomore Brett Norling of Dump and Chase said. “I am just happy to be here, but a win would be nice.”

Genetic Advantage, fresh out of a qualifying semi-final win, brought a 4-1-1 record into the evening of competition.

“Uncle Keith would definitely be the MVP,” junior Erica Jensen said. “He sacrifices his whole body for the game. Students on opposing teams are terrified to run into him, but he goes all out.”

Early in the first 8 minutes, Dump and Chase is the aggressor while the sea of Nebraska Huskers jerseys fall into defense.

For the remaining sixteen minutes, the action doesn’t stop. Genetic Advantage presses and pushes to fight for multiple shots at a goal. Each time deflected.

High stick calls, a groaning crowd, one violent intentional shove, a professor throwing himself on the ice.

Dump and Chase piles into a group victory hug.

They slowly make their way off the rink making jokes of consistency….they earn second place for the second year in a row.

Maybe next year Genetic Advantage will really have the advantage.

0 comments on “One last chance”