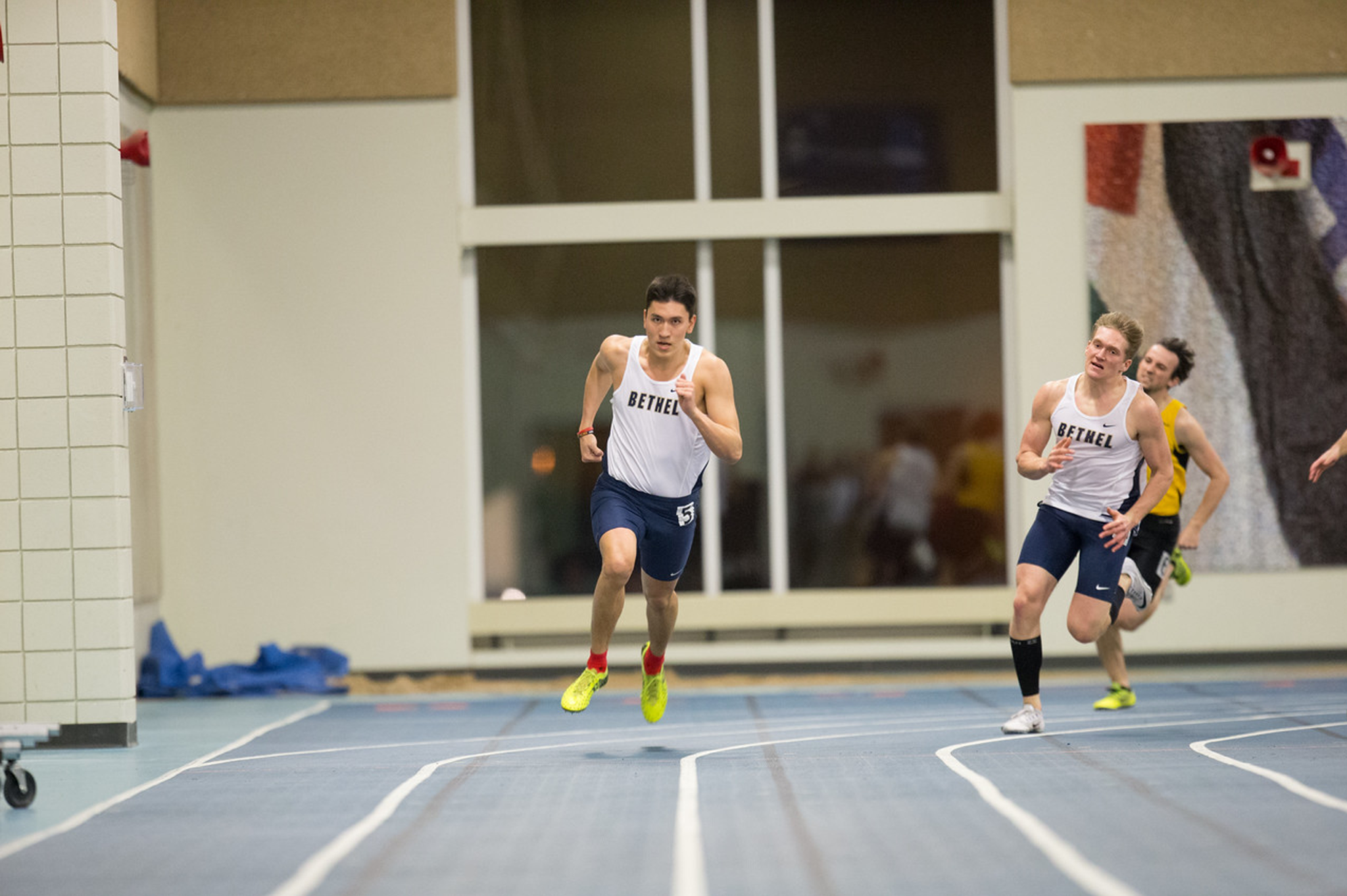 Freshman Shawn Monroe knelt on one knee, his shoelaces entwined in his fingers beside St. Olaf’s indoor track. He pulled the laces of his neon yellow New Balance Md400 spikes extra tight, hoping he would forget how nervous he felt. His first collegiate 400 meter race was about to begin.

Monroe Jolted forward on pure adrenaline, cutting in at the 150 meter mark of the track. With every stride, his confidence recharged.

Until about 25 seconds in.

At the 200 meter mark, another runner stepped on Monroe’s right shoe. As the shoe shifted on his foot, he lost his balance, lost his rhythm.

I can’t win this race anymore, Monroe thought to himself.

But, with his shoe sliding around on his size 13 foot, he kept running.

Stomping toward the 150 mark, Monroe knew the shoe needed to come off. Closing in on the finish line, he kicked his shoe off his foot. His spike flew ten feet in the air and landed like a dead canary in front of his teammate Karl Olsen who was warming up beside the race.

With left shoe firm on the ground and right sock sinking into the grits of the track, Monroe crossed the finish first in his heat at 52:91.

“I have not in all my years in track seen a shoe fly off that high,” head track and field coach Andrew Rock said.