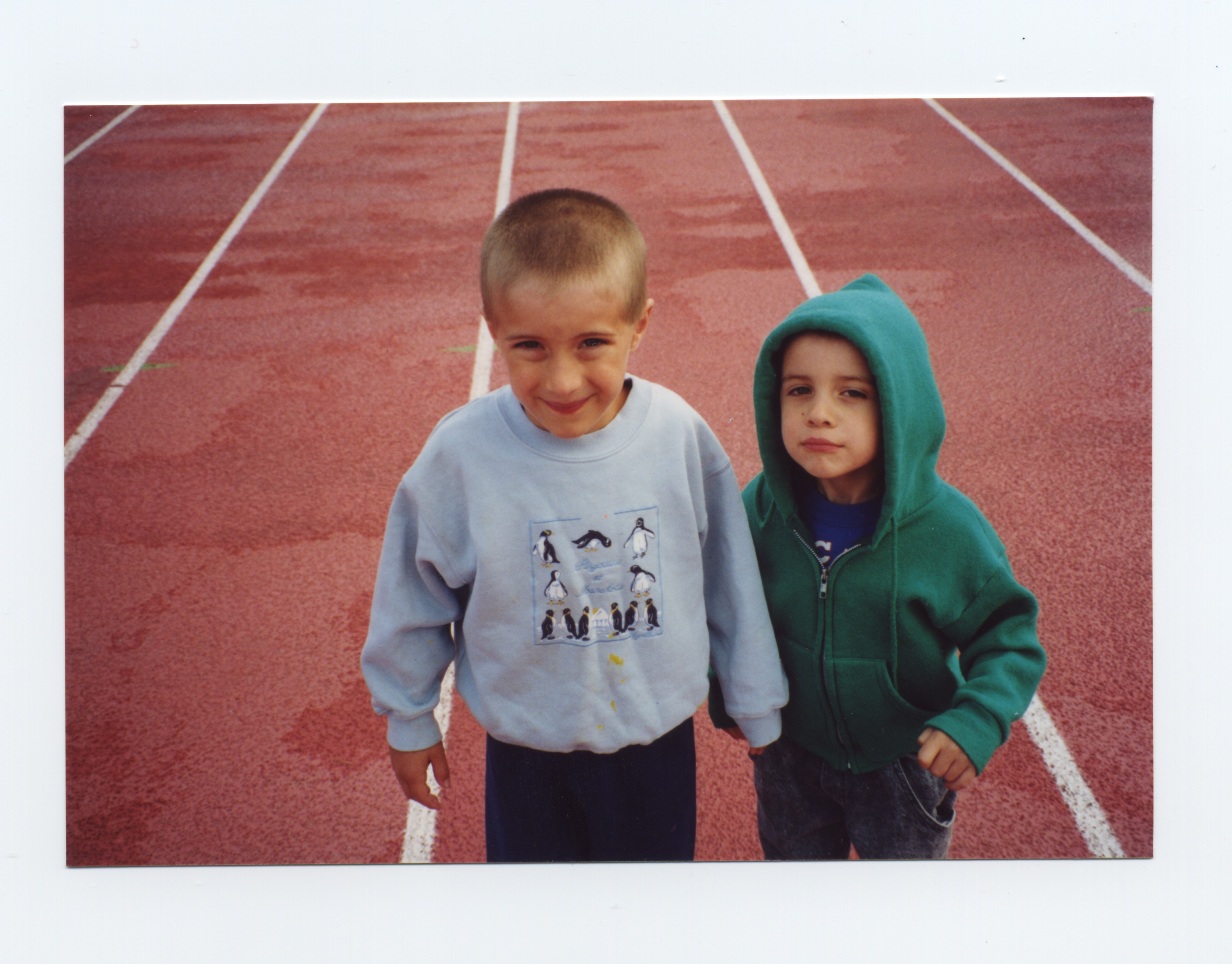 The three pairs of siblings on the track team share what it’s like to have a brother or sister to run with.

Identical twins David and Taylor Huffman thrive on competing with one another. Ever since the first race they ran together in high school, the two have been rivals. Finishing just one tenth of a second apart from each other, their track coaches had to check the Huffman’s wrists to tell them apart. David wears his watch on the left and Taylor on the right.

The brothers are constantly trying to outdo one another, making them great training partners. The two know each other incredibly well, resulting in better training sessions.

The Huffmans run in mid-distance events, often racing against each other.

“I actually prefer running against no one that I know, because when Taylor is there I feel more pressure to beat him,” David said. Their relationship may appear to be based on competition, but it is really about both becoming better runners.

“I want to be good, but I also want David to be good. The competition just comes from that,” Taylor said.

The runners line up on their blocks, each with the look of hard work, grit and determination on their face. Down the line, every runner is prepared to run their heart out. Then there’s Carl Klamm. He’s facing the wrong direction with a big grin plastered on his face.

Meanwhile, in a later heat, Carl’s older brother Patrick is preparing to race. However, Patrick doesn’t share the same joking manner. He sets his jaw with an air of seriousness. His poise is full of focus and determination.

The Klamm brothers take very different approaches to their running, but according to Bethel’s Head Track and Field Coach Andrew Rock, they’re some of the best runners Bethel Track has ever had.

Coach Rock describes Patrick as “the ramrod on the team.” He’s organized, responsible and diligent. That’s why he’s a captain. On the other hand, Carl is described differently.

“(He’s) the kind of guy that’s making other runners laugh,” Assistant Track and Field Coach Joseph Stephens said. “Lining up the wrong way on his blocks or in the relay, That’s just who he is. He’s laid back and easy going.” Despite the vast difference in personality between the two, both are exceptional athletes. The two often race on the same relay team, standing undefeated in conference relay races. They were even ranked as the number one 4 by 400 team in the nation after the University of Minnesota meet.

However, racing together brings an added benefit besides winning for the brothers:

“It’s fun to race on the same team together, because if we didn’t then we probably wouldn’t see each other too much,” Carl said.

“We get the same jokes, we share the same philosophy on running, and we have similar work ethics, so it’s a lot of fun to have Carl here,” Patrick added. On top of this, Patrick claims their greatest strength is their ability to overcome any obstacle:

“When you put us together, both of us rise to the challenge. Carl leads the way, and I just lock in behind him,” Patrick said.

Mara Balzer, or “Young Balzer,” rips off the start line of the 4 by 400 relay race. She races around the track and hands the baton off to the next runner on the relay team. The race continues and the second and third runner finished their laps. The baton is handed to her older sister Nicole Blazer, or “Old Balzer.”

For Mara Balzer, coming to college and joining the track team was not such an intimidating process with Nicole already at Bethel.

“Nicole made this such an easy transition to college and to track,” Mara said. “She introduced me to a lot of people and it was really helpful.” They don’t run many of the same events, but in the first track meet of the year, they got the chance to run together in the 4 x 400 relay. Mara went first and Nicole brought up the rear: a technique known as the Balzer sandwich.

“It’s pretty rare to see siblings on a relay team, so it is just really fun and exciting when it happens,” Mara said.

The sisters both agree that the best aspect of being on the team together is the encouragement and support they give one another.

“This is a really hard sport with a lot of hard work. It is very challenging, and it’s nice to have each other for support when it gets hard,” Nicole said. “We just want to push each other to be the best that we can be.”