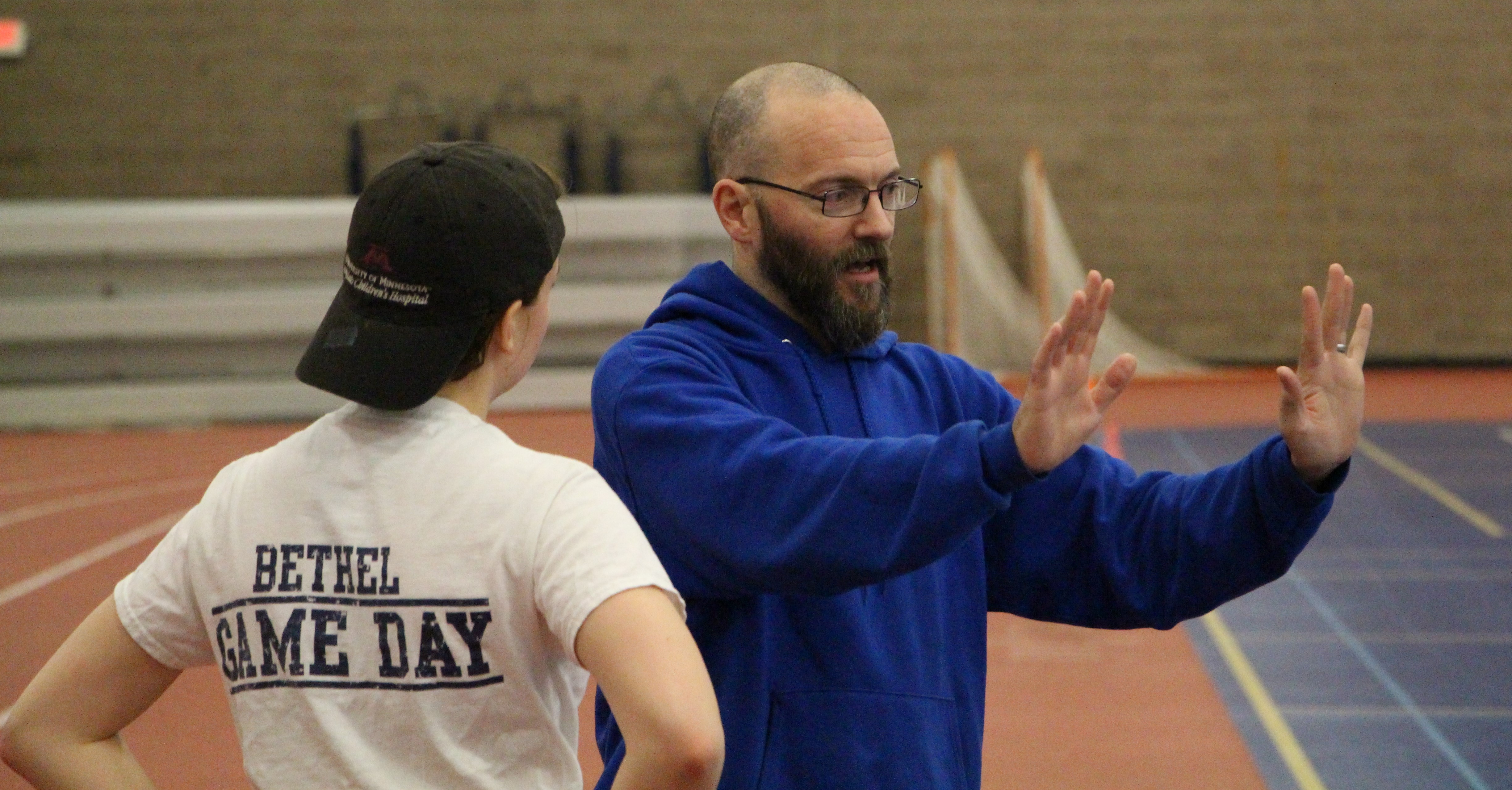 Matty Spillium works forty to fifty hours a week and has two children under the age of three. He also coaches Bethel’s Ultimate Frisbee club, which practices Monday and Wednesday nights from 11 P.M. to 1 A.M.

Spillium came to Bethel four years ago to coach the Ultimate team.

“At the time I came to Bethel, I was looking for a way to integrate faith and Ultimate. This was a pretty clear sign from God,” Spillium said. Spillium has played Ultimate since 1989. His experience includes playing in Mixed, Masters and Grand Masters clubs. He even has two National Championships under his belt. With this knowledge and expertise in Ultimate, he decided that he should coach.

“I needed to put my experience to use in ways that weren’t just helping me,” Spillium said.

Spillium, while having ample experience with Ultimate, believes that his largest impact to the team comes in leadership development. Since Spillium is so busy, he is unable to attend every practice, which means that the responsibilities often fall to the captains.

“He helps us figure out what our vision is and what our purpose is. He helps us see what’s realistic and what we should push for. He tells us to own it,” captain Jake Sandquist said.

In practice, Spillium spends most of his time observing the team. He paces around the court in the SRC, stroking his beard and occasionally chiming in with a small adjustment to make. However, when he attends practice, the difference is visible.

“He brings so much general direction and a drive. He definitely brings a lot of intensity when he is there,” captain Nadia Abboud said. Spillium’s experience helps the team to improve by working on aspects of the game bit by bit.

“He really helps us focus on the little things. It may not seem like a big deal to spend twenty minutes working on something small in your throwing mechanic, but it’s a way to fix something much bigger,” Sandquist said.

“He keeps us focused not on how we’re doing but on how we are representing Christ,” Abboud added. Spillium, having spent a lot of time in the Ultimate community, said that it’s not uncommon to find people of faith within the Ultimate culture.

“You find people of faith in the Ultimate community all the time,” Spillium said, “but there’s not a ton of national ministry, so it’s better to have the ministry come from the inside.”

Spillium also chooses to focus on having fun.

“A lot of his in game talks, whether we’re winning or losing, are reminders to have fun,” Sandquist said. Spillium often does this with an Irish accent. If the team is in need of encouragement and motivation, Spillium begins quietly speaking with an Irish accent. He then talks louder and louder, getting more wild with every statement to the point where he is shouting random words and phrases at the top of his lungs. While this draws some strange glances from onlookers, Spillium’s Irish character always puts the team in a better mood.

Most of all, Spillium hopes that his players will remember their time playing Ultimate and use the skills they learned in other areas of their lives.

“The ethos of sacrifice for the team is there. You need to resolve conflicts amongst yourselves and on the field. These are all ripe areas of recognition for God’s hand. We’re called to reconcile and we’re called to work together… I want people to enjoy this experience and take it somewhere else in their life,” Spillium said.