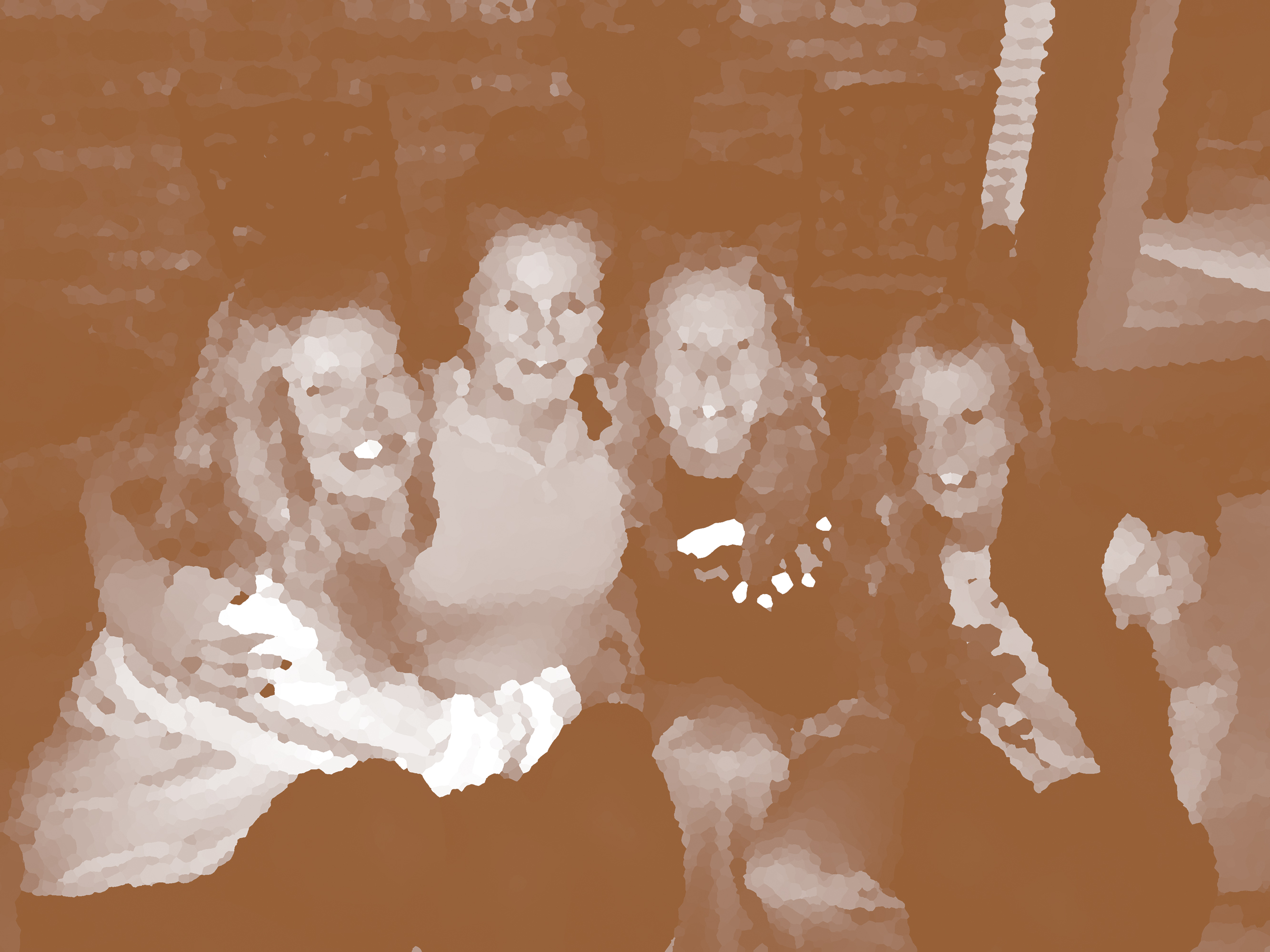 Roughly two years ago, a dorm floor of freshmen women sat around a rectangular table at the Spaghetti Factory in North Minneapolis. The two baskets of breadsticks atop the white tablecloth had been thoroughly picked through before the new resident assistant spoke.

“What are some of your biggest fears?” she asked.

“Never getting married,” two girls said at the same time.

I nearly choked on my Caesar salad. They couldn’t be serious.

“Yeah, if I don’t get married, I’ll have an arranged marriage,” another girl said.

Multiple murmurs in agreement buzzed around the table.

Mouth agape and full of partially chewed lettuce, hot blood began spreading to my cheeks and forehead. What kind of privilege must you have in order to possess a paralyzing fear of simply being unwed? The year is 2014. The world is full of mountainous student debt,  disadvantageous healthcare systems and a campus rape epidemic. While the country is preparing for the possibility of the first female president, 13 women studying nursing and biochemistry are afraid their quest for a husband will prove fruitless. As a niece to four single aunts and uncles, marriage was never close to being a priority. In the middle of my frenzied thoughts, a friend tapped my shoulder.

“What’s your biggest fear, Sarah?” All eyes turned to me.

I also paused for a beat or two, and then picked up my fork.

“Having to have a husband,” I said, and continued stabbing my iceberg lettuce as some of my peers glared at me and others looked stunned, as if Kim Kardashian just walked in and recreated her Paper Magazine #breaktheinternet spread from two weeks before.

“Which of these shirts will force guys to look at me?”

In hindsight, I could have reacted with less sarcasm. As someone who has grown up in evangelical culture, I understand how their responses are merely a product of our upbringing. We attend a small, Christian college where “Ring by Spring” is a common phrase, if not a mandate. A diamond ring on your left ring finger is almost as important as the diploma in your hand as you exit the commencement ceremony.

But I wasn’t buying it.

I blame my high school classmates for the exact moment I stopped needing or wanted men in my life.

“Which of these shirts will force guys to look at me?” a fellow sophomore asked in the school locker room, holding up two wrinkled T-shirts amid the rows of blue lockers. Her dad owned a sailboat, and she joined the city of Wayzata’s sailing club. She sat near me in Honors Communications, and was also an outspoken liberal..

“The Gopher football shirt, for sure,” their high-anxiety National Honor Society friend said. “A lot of guys in our class are committed to playing there.”

I let out as quiet of an exasperated sigh as I could and turned around to face the troubled friends.

“Why not pick what you want to wear?” I asked.

They shrugged and the sailor slipped into the Gopher T-shirt.

Soon after, I declared I would remain single for the rest of my life.

“Sarah’s turning into a feminazi,” my friends would say between classes.

“You’ll be alone for the rest of your life, you know.”

I took on this feminist role as much as I could as an evangelical in Wayzata, a suburban Minneapolis utopia where newlywed couples park their Range Rovers outside their lavish lakeside homes. I accumulated a new sense of strength. I subscribed and read Ms. Magazine for hours after school. I downloaded albums from riot grrrl goddesses Kim Gordon and Kathleen Hanna. One day I argued with a grandma on Pinterest  about birth control–something I couldn’t tell my parents. I made my case for singleness a fight for single women everywhere: They weren’t alone and shouldn’t be put into corners. Yet as empowering as finding confidence and independence in myself was, I never considered how emotionally draining the process would be.

Meeting new friends at church now meant it was only a matter of time before The Issue, as I called it, came up.

“Why don’t you want to get married?” they would ask in the most well-meaning but concerned manner.

“You’ll be alone for the rest of your life, you know.”

The friendship always changed after these conversations. Side remarks about weddings and talk of eligible bachelors were brought up more frequently.

“My aunt used to be like you,” many people have said to me. “But then she got married.”

That’s great, I’d think, but I’m not your aunt.

Or, my favorite: “You’ll change your mind someday.”

My decision to remain single morphed into the only important part of my identity to others. Even while spending a semester in Downtown Manhattan my junior year, the community of students consistently questioned my stance on marriage. I began thinking maybe the pressure to be married isn’t just a Christian problem, a suburban white girl problem or even a Midwestern problem. Is this a conservative problem? Maybe it’s all of the above.

“Happy Birthday Sarah!”A former volleyball teammate of mine wrote on Instagram for my 19th birthday. “Watch out everyone: She really wants to get married!”

I understood and sometimes laughed at their one-liners, but eventually the joke got old.

Thus, the same institution I wish had less of a platform became everyone’s fixation. And the more Christians pushed me to reconsider my decision, the more I dug in my heels. I don’t desire to assimilate to the mold the Western Church pushes on its congregants: graduate, marry, have 2.1 children and die. I don’t desire to pray for my future husband, a former church leader once advised my Bible Study group. How can one be so sure we will get married?

“You just need to find the right person with the same beliefs as you.”

Holding this semi-modern view of relationships proved especially tiresome once I enrolled in my evangelical university, where campus becomes one, large speed dating zone in which young adults approach each other because “God told them to.” So I become more deliberate in my stance, waving the singleness flag despite the worried tones and concerned looks my peers give. I want them to know what liberation looks like after freeing yourself from weekend romantic comedy movie marathons.

Though it’s unrealistic to think I could change century-old beliefs ingrained within the church, part of my decision to remain single is to show young women that singleness is not a disease. Life does not begin once you’ve found love and become hitched, despite what the marriage seminar posters run by the university president say.

When in need of catharsis over my frustration with these pressures, I turn to my parents, and their response is always the same.

“You just need to find the right person with the same beliefs as you,” my mom says.

“There’s a common ground,” my dad says. “Don’t go overboard on either end of the spectrum.”

I think about their comments, then shake them off because they don’t understand. Until men of faith recognize feminism and young adult programs no longer crumble because of complaints from members that their Sunday evening attendance never resulted in a spouse, I won’t back down.

A movement of change may be underfoot on my campus. During freshman year, girls wound up in tears when men didn’t come knocking on their door for the school’s annual GADKIN tradition, a boys-ask-girls weekend full of festivities. The campus gathers in the Great Hall for a video revealing the year’s theme, events and poem they are to use on the ladies of whom they wish to spend the weekend. The girls then return to their dorms squealing in anticipation, waiting for the men to show up. Chaos ensues when someone comes knocking, and the slightly embarrassed guy recites the poem in front of his hollering friends. The girl in question is allowed to respond, and the two then spend the weekend together painting pottery, baking cookies or going on hayrides.

Tired of the message GADKIN sends, my university updated the policy to include non-couples and singles. It might be wishful thinking, but young, millennial women may have had a large part in influencing the administration to end this sexist tradition. Maybe the church is learning its lesson from the increasing number of single women leaving its pews. The church may be a long way from parting from its marriage-centric theology, but a small step in the right direction feels like a big move.

At times, my cynicism about relationships can become overwhelming when surrounded by marriage-hungry students. Perhaps I should loosen the reins and allow some of the church’s ideas about marriage and love to rub off on me. For now, I’m living in a state of tension. I feel it every time my roommates turn on “The Bachelor” and their brains soak in false messages about love and competition. I feel it when I scroll past an article an old high school friend shares on Facebook titled “Dear Future Husband…” I feel it when another one of my peers becomes married after four months of dating.

One thing has remained certain through this process: I don’t need a man. Unless the year is 1989 and Michael Keaton shows up in the rubber Batman suit to take me to Kay Jewelers.

0 comments on “Love Series: I’ll be the spinster”