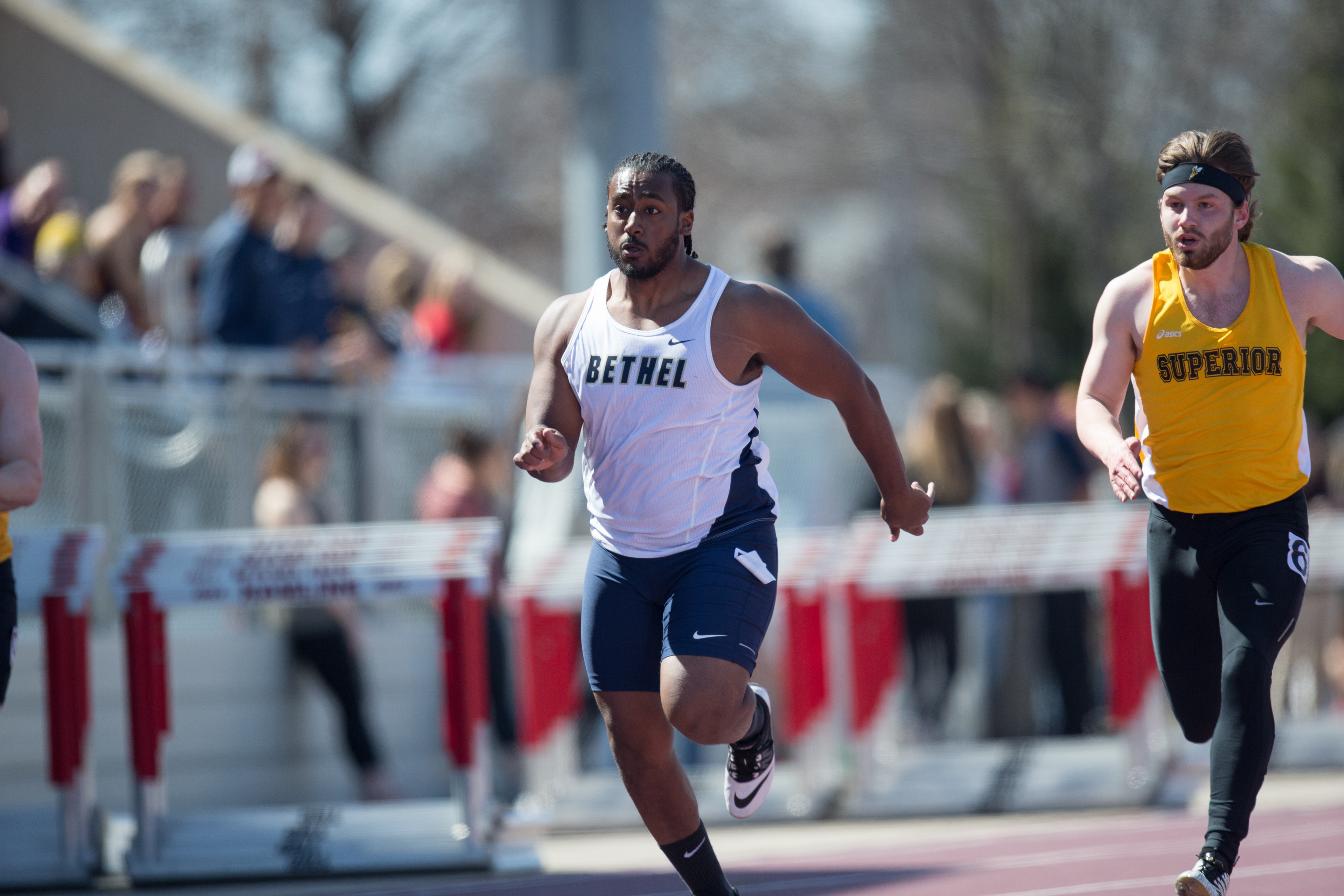 Last September, Kresge Courtyard highlighted the ignition of campus-wide conversations on race relations on campus. A rock painted by students from the Cultural Connection Center (CCC) to show solidarity with students of color at University of Northwestern, covered in white paint, spread with messages such as “Blue Lives Matter” and “BLM = Double Standards.”

Football and track athlete Baeza Tensaie, alongside several players of Bethel football team, wished to display unity among the Royals have with their community. To create a prominent statement as a team, the group of players asked teammates to link arms together during the national anthem prior to the team’s homecoming game against St. John’s University. Their request came with resistance from other teammates. A frustrated Tensaie felt as some teammates could not see things from student-athletes of color and his own perspective.

In the last year, Bethel University has aimed to celebrate students from different racial backgrounds. The introduction of the CCC created an environment for students of different cultures to have a common space together. Bethel has also partnered with Act Six, which offers full scholarships for students of underrepresented communities in Minnesota. As of last month, 10 students were selected to represent Bethel next fall as Act Six scholars, covering all their tuition at the university.

Athletic director Bob Bjorklund states recruiting plays a big role in finding student-athletes of color. The coaches’ responsibility relies on finding those who will succeed at Bethel.

“Coaches become strategic in recruiting to find those who fits at Bethel, regardless of race,” Bjorklund said. “Our coaches do not see color, what differences does it make? We could care less if you’re a Caucasian or student of color. We want students who will fit (at Bethel).”

Bjorklund believes Bethel fosters a community for student-athletes of color and the culture has been built by those prior.

“A student of color would be attracted (to Bethel) by the experience of those who are here and how they communicate that.”

Tensaie attended Concordia Academy in Roseville, Minnesota. Tensaie, an Ethopian-American, participated in sports all throughout his youth. Growing up in a predominantly white school district, teams Tensaie were a part of included more students from different racial demographics. Expecting the same, he attended Bethel in the fall of 2013. He was disappointed to see his reality.

“I’ve gone to predominantly white, Christian school all through school so I was used to it” Tensaie said on his expectations on Bethel. “But coming here, it was different.”

Tensaie cites himself as an athlete of different races dealing with a community that is not diverse. Athletes of color, according to Tensaie, feel as though they cannot connect with their teammates due to their cultural differences.

“(At Concordia Academy) there wasn’t talk about being reconcilers and being inclusive, like how Bethel preaches, we just did it.”

He alludes that proper support of student-athletes of color stems from creating more conversations of race and having better representation.

“Having coaches who aren’t afraid to talk about race is important,” said Tensaie. “also having coaches of color would drive athletes to choose Bethel.”

Bethel baseball player Esteban Velasco presents another view to the athletic realm. He is a Mexican-American born in San Diego, California. He decided to attend Bethel due to the community and independence in Minnesota. For Velasco, being the sole non-white player has not brought any problems.

“Being the only non-white player doesn’t affect the team at all” said Velasco on his experience at Bethel. “I’m just myself out there and everyone accepts who I am and make me feel like family.”

Velasco, who’s fluent in Spanish, touts himself for helping fellow teammates learn his second language. “The team is even learning some Spanish due to me playing with them over the last 3 years. I’ve also taught Coach Raabe and now is speaking some Spanish to me.”

“Things that’ll drive an athlete of color to the school is if they see that it’s a good accepting community and a nonjudgmental environment as well,” Velasco said. “In my opinion, the chemistry and passion that sports teams at Bethel have drives future student-athlete to be here.”

“At Bethel, we have amazing players and coaches that make for a great atmosphere to play in” Tensaie said. “But at the same time, I feel like we can learn and make a better effort of extending our family beyond those who are similar to us.”