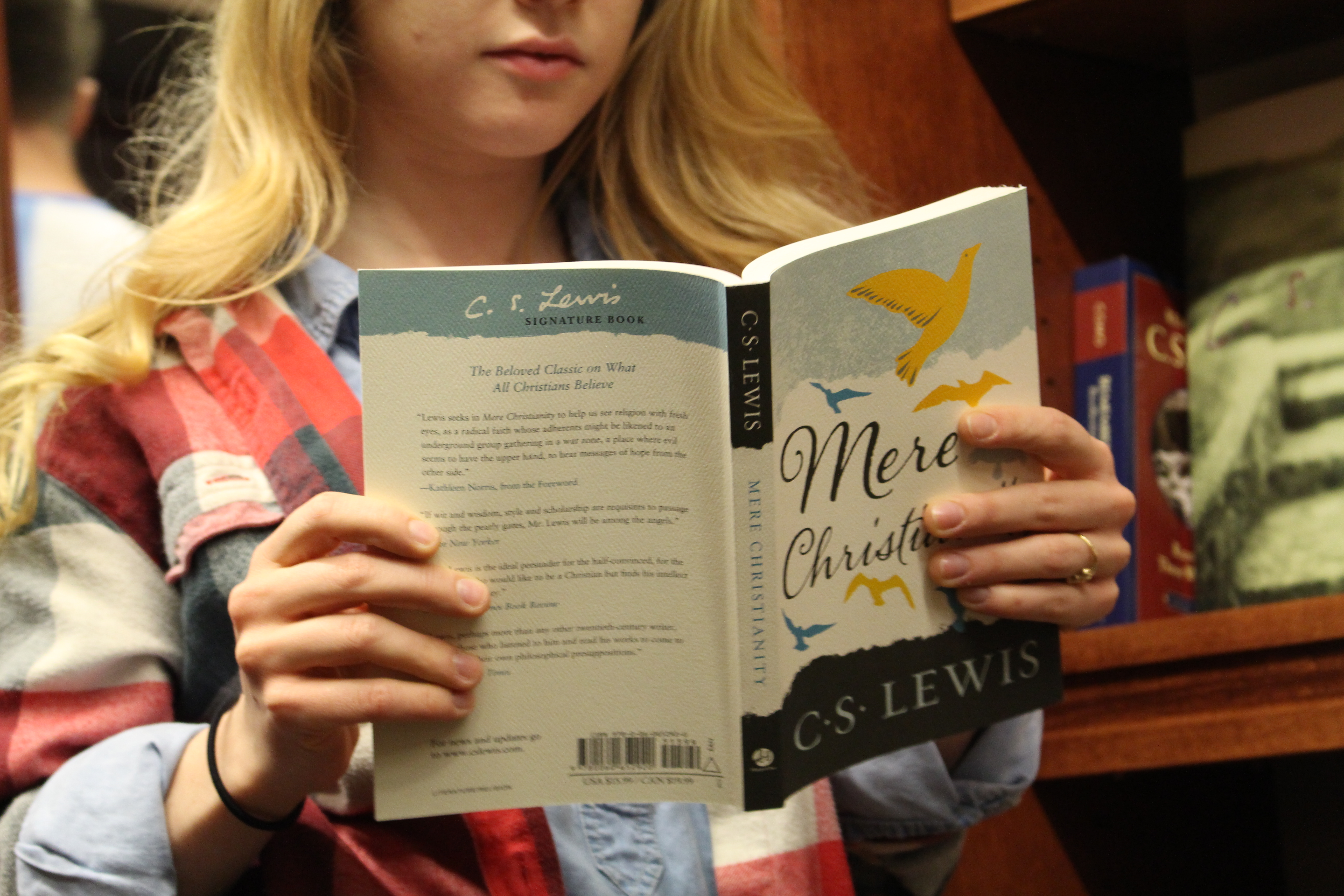 Literature is beginning to shed light on topics ranging from mental disorders to racial differences, and Bethel University is following suit.

“We can surround ourselves with mirrors if we want to,” says Brooks, English department co-chair at Bethel University – St.Paul. “It’s easy to do on Facebook. So books are a way that we can say no, I’m going to use this book as a window. I’m going to find books that help me understand or at least try to understand what it’s like for people who don’t live in my world. It takes more and more effort to do, but I think there’s more and more opportunity to do that now.”

When determining the amount of diverse literature at Bethel University,  The Clarion analyzed two departments: English Literature and Writing. In each department, the numbers of literary works that included a diverse main character or main idea were recorded, not including textbooks, for Spring 2017 courses. The Clarion defined diversity as any minority group including but not limited to race and mental disorders. Only 19 of 53 texts in the English Literature and Writing department required for the Spring 2017 semester were diverse.

Brooks believes there are always areas of the Bethel University English Department that could be improved, including the incorporation of more diverse literature in English courses. She hopes her English faculty integrate diversity into all their courses rather than only offering a few that confront diversity issues.

“We’re trying to pull in voices from a lot of diverse areas into the courses that we teach rather than to say we’re going to teach these courses, and now have this separate course for diversity.”

Brooks assumes writing about different cultures may be too risky for larger publishing companies still, but that smaller publishers are moving faster towards more diversity.

Through her own reading of diverse books, such as A Good Time for the Truth and All American Boys, Brooks has discovered that literature drives conversations about controversial topics, such as diversity. She says books about issues open conversation because readers can agree about what they read in the story and determine how to discuss the topic from there. She thinks books like that are really helpful in thinking about issues, but there can be a downside to them.

“I think the danger becomes when we talk about issues books as being more about the issue than it is about telling a good story,” Brooks said.

Brooks believes literature is moving in the right direction in relation to diversity, but that it is not all the way there yet.

“One of the controversies going on is kind of that we are seeing a lot more books with protagonists that are from different cultural groups or different backgrounds or that kind of thing,” said Brooks. “So far most of those books have centered around that person’s culture or background as being the main conflict in the book.”

“There’s a lot of research that shows that reading fiction gives you more empathy,” Brooks said “It’s not a substitute for going out and really getting to know other people who are different from yourself, but I think we underestimate how much books and reading and stories can do to help us talk with each other and to help us think about the world and people who are different than we are. I would like to see us harness that power a little bit more and really take advantage of that as Christians, as readers, as people who care about community in the world.”

There is more than a single story to describe the world, and Susan Brooks is interested in providing more diverse literature and expanding the single story narrative for her students.

Will Kah, an English major at Bethel University, has noticed the lack of diverse books in his own college classroom.

“The single story narrative doesn’t give the full picture of humanity and people,” Kah said.  “Telling only one side of the story only gives a one-sided reality, and reality emcompasses billions of people and many people. So if you’re only telling the story from one vantage point basically you could tell a lie.”

Although race is usually the first topic to come to mind when discussing diversity, there is much more included. Literature dealing with any minority group, including mental illnesses, can be included in the diversity category.

All Jackie Lea Sommers wanted was a character to whom she could relate.

She would spend hours curled up in a chair reading about characters who faced dragons, demons and unrequited love but none dealt with Obsessive Compulsive Disorder. Sommers decided if she couldn’t find a character with whom she could identify, she would have to write her own. Thus began the journey to her first novel, Truest.

Sommers started experiencing symptoms of a rare form of OCD called Solipsism Syndrome (SS) when she was seven years old. SS is a psychological state where a person is overwhelmed by the feeling that everything is a dream. Laurel, one of the main characters in Sommers book deals with SS as well. Sommers was able to incorporate her struggles into people in her book in hopes of helping others searching for characters they can relate to.

“My battles against OCD and SS were devastating, ugly, confusing and lonesome,” Sommers said. “I had never met anyone else who questioned the very nature of reality the way that I had.  Because of how unique the disorder is, I also find it fascinating. I thought I could draw on the intriguing philosophical nature of the illness while also giving a face to mental illness via my story. Ultimately, I just wanted to create characters that people would care about and share a unique part of my own life through fiction.”

Sommers still struggles with her mental disorders, but no longer feels controlled by them. She mentions that it took her 15 years to receive a treatment, an average amount of time for those who struggle with OCD. Through writing and speaking out to others about mental disorders, she feels that she can break the stigma around mental illness and is honored to help others.

“I am hopeful that by speaking up –and with books like Truest – I can help bring that number down. Consider that those 14-17 years are not just painful … they are hellish,” Sommers said. “Many commit suicide. It is hard to speak up when you have that kind of pain and shame. So I speak up first. It is easier to say, ‘Me too’ and I want to give that opportunity to others.”

Sommers isn’t alone in her struggle with OCD. According to the Anxiety and Depression Association of America, over 2.2 million people grapple with the disorder. While Sommers sought to find books that had characters and topics that dealt with OCD, young adult readers are now starting to see more books about diverse topics on the shelves.

Sommers now speaks out against the stigma of mental illness through blogging, speaking at the University of Northwestern- St. Paul, where she is an admissions counselor, and through her novel, Truest.

“Fiction is a great way to inform people about mental illness,”  Sommers said. “Many people are not likely to read a nonfiction book about OCD, but they are excited to read a story. To be able to create characters who battle with real issues helps others enter into those stories in a special, more connected way.”

While many authors like Sommers are engaging in diverse subjects and creating underrepresented characters, there are still opportunities for literature to continue becoming more diverse.

The Cooperative Children’s Book Center tracked the number of books written by and about people of different races published within the last 25 years. Recent data shows that the amount of diverse literature available is slowly rising. The number of publications with significant African or African-American content nearly doubled, from 93 titles in 2013 to 179 in 2014. There was also an increase in the number of books with significant Asian/Pacific or Asian/Pacific-American content, which moved from 69 titles in 2013 to 112 in 2014. However, books about American Indians and Latinos remained nearly the same, with American Indians represented in just 34 titles in 2013 and 36 titles in 2014, and Latinos represented in 57 titles in 2013 and 66 in 2014.

Literature is beginning to show signs of becoming more diverse, and it is not entirely there yet, but more progress seems to be on the horizon.

0 comments on “Digging into diversity”