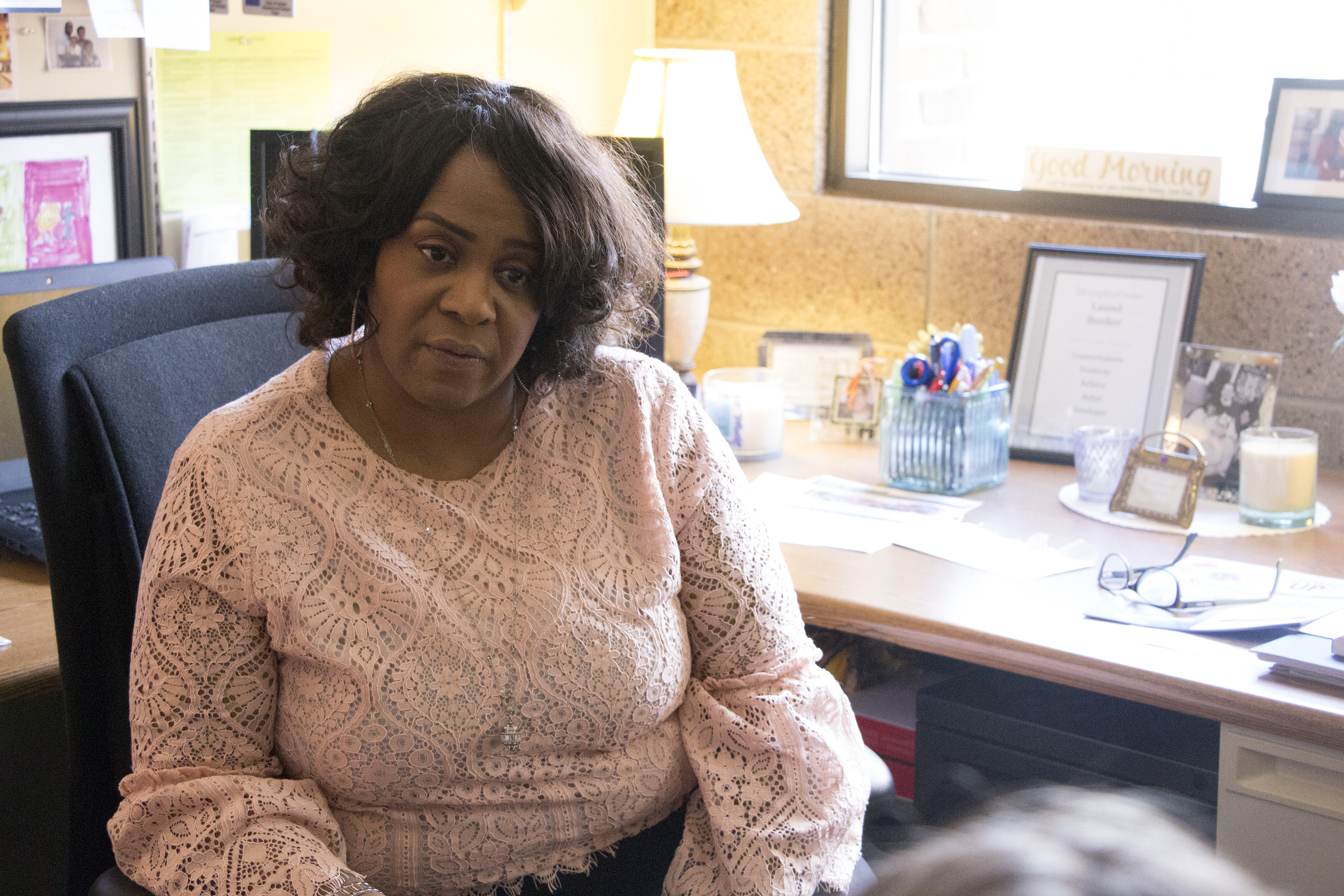 The number of women in ministry, despite being one of the most polarizing issues in the church, is growing.

Pastor Laurel Bunker made her way up the wooden stairs of the stage in Benson Great Hall despite the 3-inch wedges on her feet. She normally waits quietly in the dark corner until worship ends, then walks onstage and booms a powerful benediction over the masses, hand high in the air. Students everywhere bow their heads. Chapel is packed. Chapel is almost always more occupied when Laurel speaks.

She wakes up at 5 a.m. on days she preaches. Without the help of an alarm, her eyes are immediately open and she makes her way to her favorite place: her living room. While coffee brews and worship music plays, she pictures the Bethel students she will soon see at Benson Hall. She then dives into her devotions to make sure she’s also heard the word of God before advising others to do so.

According to Christianity Today, the number of women in church leadership positions like Bunker’s are rising. In Protestant denominations, the number of female pastors has doubled in the past ten years. Yet while female ordination is supported by denominations such as the Evangelical Lutheran Church of America, Presbyterian USA and American Baptist, the Roman Catholic Church and Southern Baptist faiths remain against the practice.

Bunker describes herself as the “eleventh-hour candidate,” Current Bethel President Jay Barnes hired Bunker during his time as Provost, and she was his last hire. In two years, she will have served at Bethel as Dean of Campus Ministries for a decade.

Female pastors have served at Bethel before, but Bunker’s hire made a definitive mark.

“I think it’s just normal now,” Assistant Campus Pastor Donna Johnson said. “We’ve had women pastors here before Laurel came, but to hire her, I think, was a real statement of our support of women in ministry.”

“What I’ve said to people is if I were to have looked at that job carnally, like from my own fleshly perspective, I wouldn’t have applied because everyone before me were white men with PHDs,  and I was a black woman with a master’s degree,” she said. “But then the Lord quieted that down.”

My father was always very supportive of my sister and I standing up for ourselves and not having to depend on a man for our self worth.

Bunker wasn’t the only one who felt hesitations toward accepting the position. A male faculty member made sure she knew the staff supported her, claiming it would be hard to preach as a woman on campus.”

“And it never has been,” she said, explaining the support she’s received from faculty and the board of trustees.

Though Bunker grew up in the Catholic Church, her parents lived according to egalitarian principles. Women in ministry, Bunker says, has never been an issue to her.

“My father was always very supportive of my sister and I standing up for ourselves and not having to depend on a man for our self worth,” she said.

Johnson never realized women in ministry was a controversial issue until arriving in Minnesota from New York.

“It’s a different culture. I came to Minnesota and found out there are some denominations or certain churches that had challenges with women in ministry and I did not understand that. It was foreign to me,” Johnson said.

Bunker shared how some students from more complementarian churches have come into her office and essentially declare women cannot be pastors, or that they refuse to attend chapel while she speaks.

“I’m like, well since I’m a dean, you can get up and get out of this office right now,” she said, laughing heartily. “You can come back when you have some respect.”

She then becomes serious, and says she has seen Bethel try to maintain respect and honor toward women in recent years, noting Bethel has one of the highest numbers of women serving in senior executive positions throughout the Christian university sphere.

“The bottom line is whether people wanna call us pastors, nobody can block an anointing on someone’s life. God called me to this and that’s been confirmed,” Bunker said.

Some churches, Bunker says, will not send their students to Bethel because of her position as a female.

Though the instances are uncommon, visiting parents have informed admissions or the office of the president of their issues with a female campus pastor.

“Those things are hard because I don’t even feel like I’ve been given a chance,” she said.

Bunker doesn’t like to think she’s perfected her preaching, or “ has got it down pat” as she says. She still gets some butterflies before walking on stage. Yet, God meets her every time.

“Yeah I’ve seen it all. I’ve had men walk right past me and only acknowledge my husband. I’ve had people give me books on preaching. But the thing that remains true is that God has called me to love and serve his people.” she said. “I’m a woman who said yes to God and because I said yes to God, God has put me to be faithful in this role. And some people are going to appreciate that and some aren’t. It’s okay if you disagree with me. But what you won’t do is berate my person and what you won’t do is tell me that you can hear the voice of God better than me and somehow what I’ve heard is delusional or wrong.”

Bunker encourages women everywhere to support and love one another, because “We’re hard enough on ourselves.” With both strong women and men, she says, the kingdom can advance.

0 comments on “Saying yes to God”