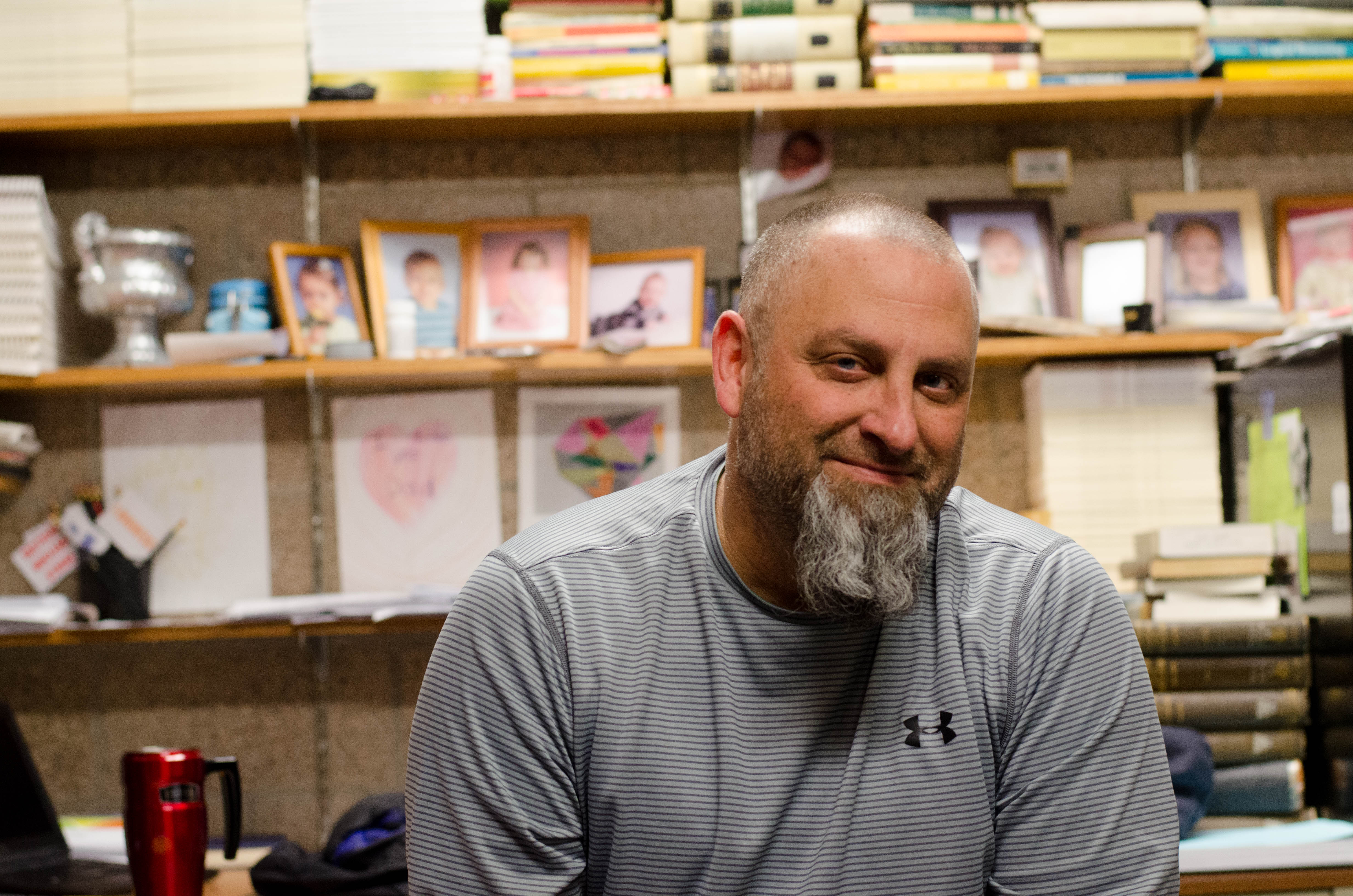 As a professor at Bethel, how has being in that position shaped your faith?

I would honestly say that it’s shaped it … potentially more than my students have. Let me explain that. If you’re a student, you’re kind of receiving that in a passive way. To teach it, you just kind of know it. It’s a part of who you are. I tell students that faith has to have hands, so if you’re not doing something with your faith, your faith with sort of steadily die. If you just park your butt in a pew, you aren’t going anywhere, but when you’re forced to use your gifts, and you’re forced to pour into other people, that’s when you see God’s work and feel God’s presence. That’s when you get beyond the head understanding and get to the heart understanding. So that’s what teaching does for me. Teaching is the opportunity to transcend and get past the head knowledge to make it real, transformative, extenstanial rather than just intellectual.

What’s been one of the greatest experiences with a student? Like how their faith has developed, how you’ve seen them develop. Anything like that.

So I’m thinking of a really clear example. A student who came here and believed in God, but wasn’t really sure that she cared. She believed in God but she really didn’t know what to do with that. She was honestly out of control and everything was pretty scattered. Then the lightbulb kind of went on and it went on more and more and more. She would sit and ask me some of the best questions a student could ever ask … she just flourished. By the time she graduated her senior year, she was asked to do the convocation graduation speech. She wasn’t even a BTS major. She was a social work major. I just officiated her wedding this last year, and since then she’s been in Cambodia fighting sex trafficking and she’s graduated with her Master’s from the University of Chicago. So she’s doing all right. To this day, she’s passionate about her faith and loves questions and loves engaging them. That’s a gift as a professor. You can’t ask for that. Professors can’t even ask for students as good as her.