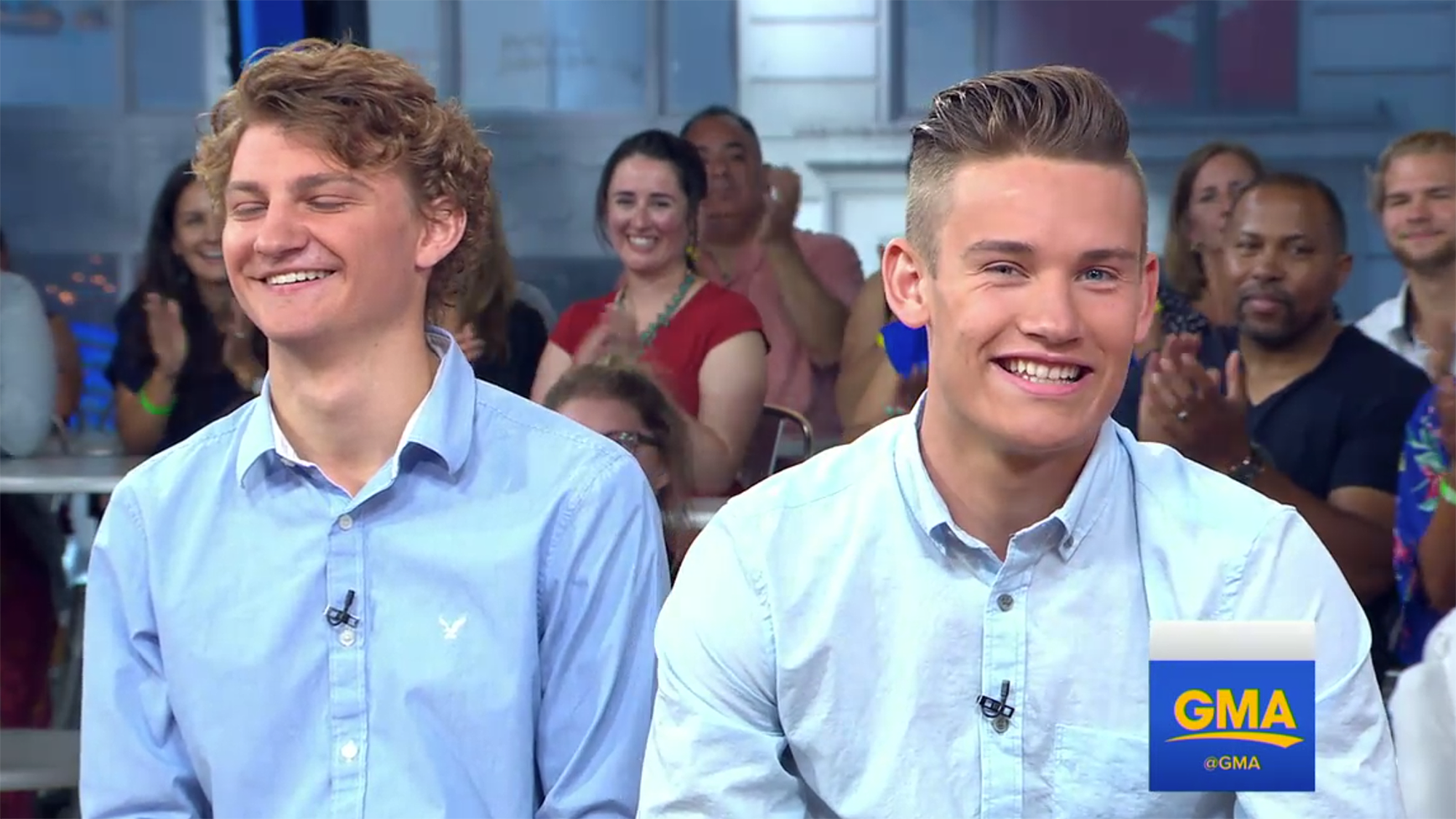 Ty Koehn simply did what he believed was right after he got the final out in his high school team’s section championship baseball game. By trusting that belief, he and his childhood friend are now nationally known for displaying a heartwarming episode of sportsmanship that took over all types of news and sports outlets.

“It was kind of instinct to go over there and be there for a friend when he was at his worst,” Koehn said on Good Morning America on Wednesday.

Back on June 6, Koehn—who will play football and baseball at Bethel in the fall—and the Mounds View Mustangs faced Totino-Grace in the final round of the Section 5AAAA Minnesota high school baseball tournament. The Mustangs needed to win two out of two games against the Eagles that day to clinch a berth in the state tournament.

After a 17-10 Mustang victory in game one, Koehn took the mound in game two and pitched a three-hit shutout, striking out four batters and leading Mounds View to State. The final strikeout? It was the last batter of the game, and that batter happened to be Koehn’s childhood friend Jack Kocon.

Without hesitation after the called third strike that ended the game, Koehn shook off his ecstatic teammates and ran to home plate to greet, embrace and console his friend.

“When I looked up and saw it was him, that just meant the world to me,” Kocon said on Good Morning America.

Video of the interaction made its way around Twitter and was picked up by ESPN, ABC and countless other news sources. Koehn and Kocon appeared on Good Morning America this week and talked about the great sportsmanship they exemplified, talking about how their friendship means more than a win or a loss.

The pair were given an honorary ESPY Award for their actions on the diamond.

Koehn will play defensive back at Bethel and join their baseball pitching staff in the spring.