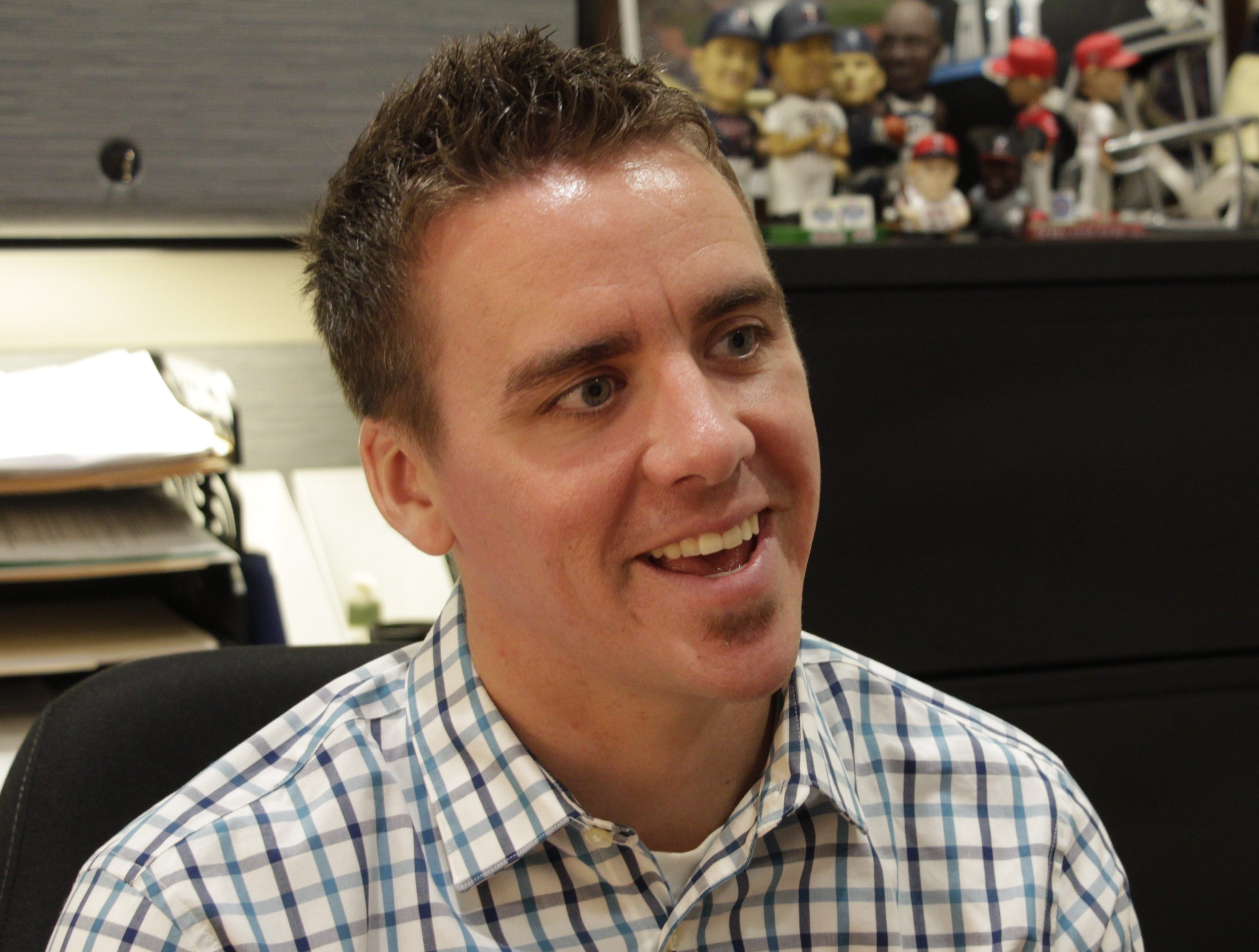 Working in college sports means being around people a lot. That’s been the best part for Jared Johnson.

Trophies, awards, memorabilia and countless other tokens of accomplishment and experience crowd the shelves in Jared Johnson’s office at Bethel University. The space is small, but full of gamedays, game-winners and more memories than can be quantified. Seven years in the athletics department at a school with successful programs will have that effect on a room.

The office will be cleaned out after Johnson finishes his tenure as Assistant Athletic Director for Sports Information and Marketing on September 8. He announced his resignation August 20 and accepted the Director of Marketing and Communications position at Grace Church in Eden Prairie.

Johnson was hired as Sports Information Director in 2010 and held that title until 2015, when he was promoted to his current status as Assistant Athletic Director for Sports Information and Marketing. This expanded role has opened up opportunities for social media advancements and facilities upgrades. “It’s something I take a ton of passion and pride in,” Johnson said. “And being able to engage with fans and not making them feel like this is Division 3 in a bad way—it’s really cool, just as cool as a Division 1.”

Rebranding Bethel athletics was a big goal for Johnson as well; last year, Bethel agreed to a contract with BSN Sports and Nike to sponsor all sports teams. “When our coaches go out to different venues and they’re wearing different brands and colors, it doesn’t look like one university,” Johnson said. “Getting that all under one roof was a huge opportunity for us from a branding standpoint.”

Through many years of hard work making Bethel look nice on the outside, Johnson has found one thing he’s going to miss most about what happens on the inside in Arden Hills. “It boils down to one thing, and that’s the people,” he said. “I think there are so many relationships I was able to develop—the coaches, the student-athletes, the student workers, facilities, alumni, admissions.

So what makes Bethel so special? According to Johnson, it’s again about the people. “This is a genuine place to work,” he explained. “When you know you can trust the people across the hall, that’s exciting.”

Even as Johnson departs, the goals remain the same in the athletic department. “I think on our staff, there’s a commitment to excellence and a commitment to Christ,” he said. “With those things woven together, it’s something you aren’t going to find many places. There’s a passion and purpose behind it.”

0 comments on “From Rebranded to Rewarded”