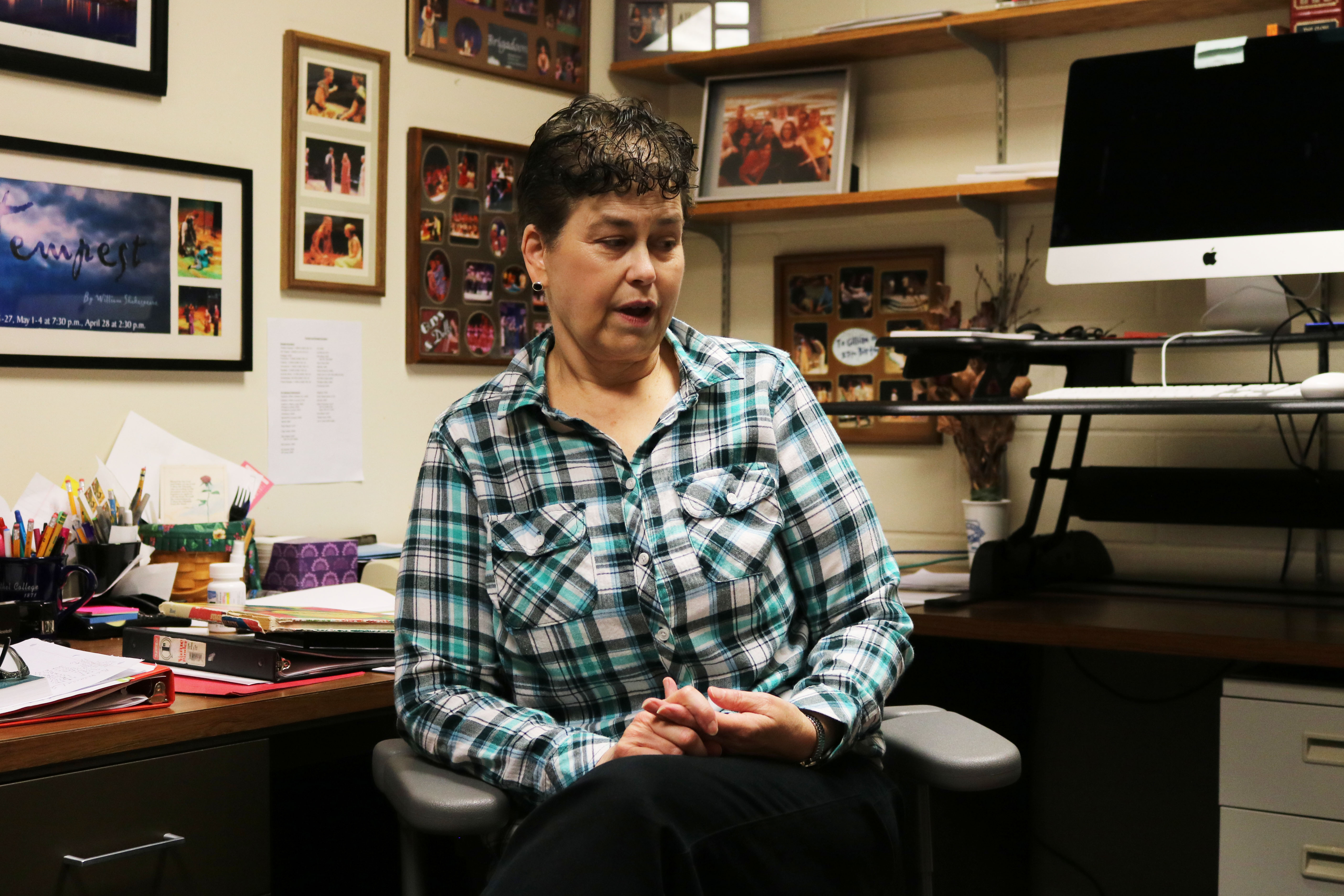 An email announced the majors and programs that will be discontinued, leaving many of the affected students, faculty and staff sad and confused.

By Maddie DeBilzan and Jasmine Johnson

Three days after a bleak Monday, when professors wore black and staff and faculty members were notified of cuts due to a budget shortfall, a 2:24 p.m. email from Bethel University President Jay Barnes popped up in every student’s inbox.

It was stormy and thunder roared outside while students hunched over their laptops and read the news aloud to each other.

Theatre, physical education, health education, media production, sociology and independent filmmaking majors will no longer be options for incoming students, the email said. The film studies minor will also be discontinued, and the reconciliation studies program will be moved to the Department of Social Work. Some majors that have been discontinued will still be offered as minors.

“About 10 open positions will not be refilled,” the email said. “In addition, we’ve eliminated about 15 current staff positions.”

Students who are already enrolled in one of the affected majors will be able to finish their degrees at Bethel in a “teach-out” program.

Six faculty members have also been let go, and three of those positions will not be refilled. The three remaining positions will stick around throughout the teach-out process.

But students and professors are still confused about the future of their affected programs.

“How big will the class sizes be? How many of my professors will still be around? How will this affect the quality of my education? What will the “teach-out” program look like?” Are all questions the Clarion staff members heard throughout the hallways and in anonymous interviews.

“I think the cuts just show that Bethel has set its focus on the majors such as business and nursing,” Beau Smith, a media production major, said.

Lisa Kemple, instructor of health education, will not be returning to Bethel next year. She said she was surprised to hear the news, and that she isn’t sure who will teach the students who need to finish their health education major at Bethel.

Bethel’s total enrollment has decreased by 744 students in the past five years.

Pat Brooke, Bethel University’s Chief Financial Officer, said private universities across the country are being affected by competitors that offer a more affordable education, such as the University of Phoenix, DeVry University, and nanodegree programs now being offered by companies such as Microsoft and Google.

He also said enrollment is down because there are fewer high school graduates in general — especially in the Midwest.

Student body president Kennadie Anderson acknowledged Bethel’s financial position and the program cuts in an email response to the Clarion:

“We are clearly encountering a financially challenging time as a university,” she wrote. “As a student, I am of course saddened by necessary cuts, yet I trust the discernment of administration as they lead us forward.”

The theatre department is especially upset about the changes.

Freshman theatre student Kyle Doherty, who enrolled in Bethel because of its theatre and choir programs, expressed his frustration of losing the opportunity to perform in any productions his senior year.

“It’s sad to me that people coming in won’t be able to experience that in full,” Doherty said. “It’s been a growing passion of mine and I’m just really upset about it.”

Hank Olson, a theatre major and the student leader of Intelephant, the improvisation group on campus, also expressed frustration at the announcement of the changes.

“The theatre department is all about relationships and care, and I feel like none of that was taken into consideration,” he said. He said he and fellow theatre majors are full of grief and mourning as the realization sets in that the theatre department will soon be phased out.

Olson also said he feels that the people interested in theatre at Bethel have been underrepresented, because more than 40 students are usually involved in each production — which is a lot more than what the narrow list of theatre majors actually shows.

Theatre department chair and associate professor Meg Zauner said that the loss of the theatre program was both shocking and short-sighted.

“How is it that we’re a liberal arts university and we lose one of the arts?” she said.

The theatre department proposed to save up to $100,000 annually and said it would continue to create revenue through their four productions every year. The proposal efforts failed.

An all-faculty email from Faculty Senate President Chris Gehrz on Sept. 20 mentioned a community gathering Tuesday morning at 11:15 in The Underground.

He also invited CAS faculty to a meeting on Wednesday at 4:15 for worship and prayer. “After that time has concluded,” the email said, “faculty leaders and any available senators will stay behind in order to listen to your concerns in advance of the Senate meeting the following week.”

Editor’s note: stay tuned for more updates throughout the week as this story develops. Additional reporting by Clarion staff members.

12 comments on “Many community members upset, confused about program cuts”