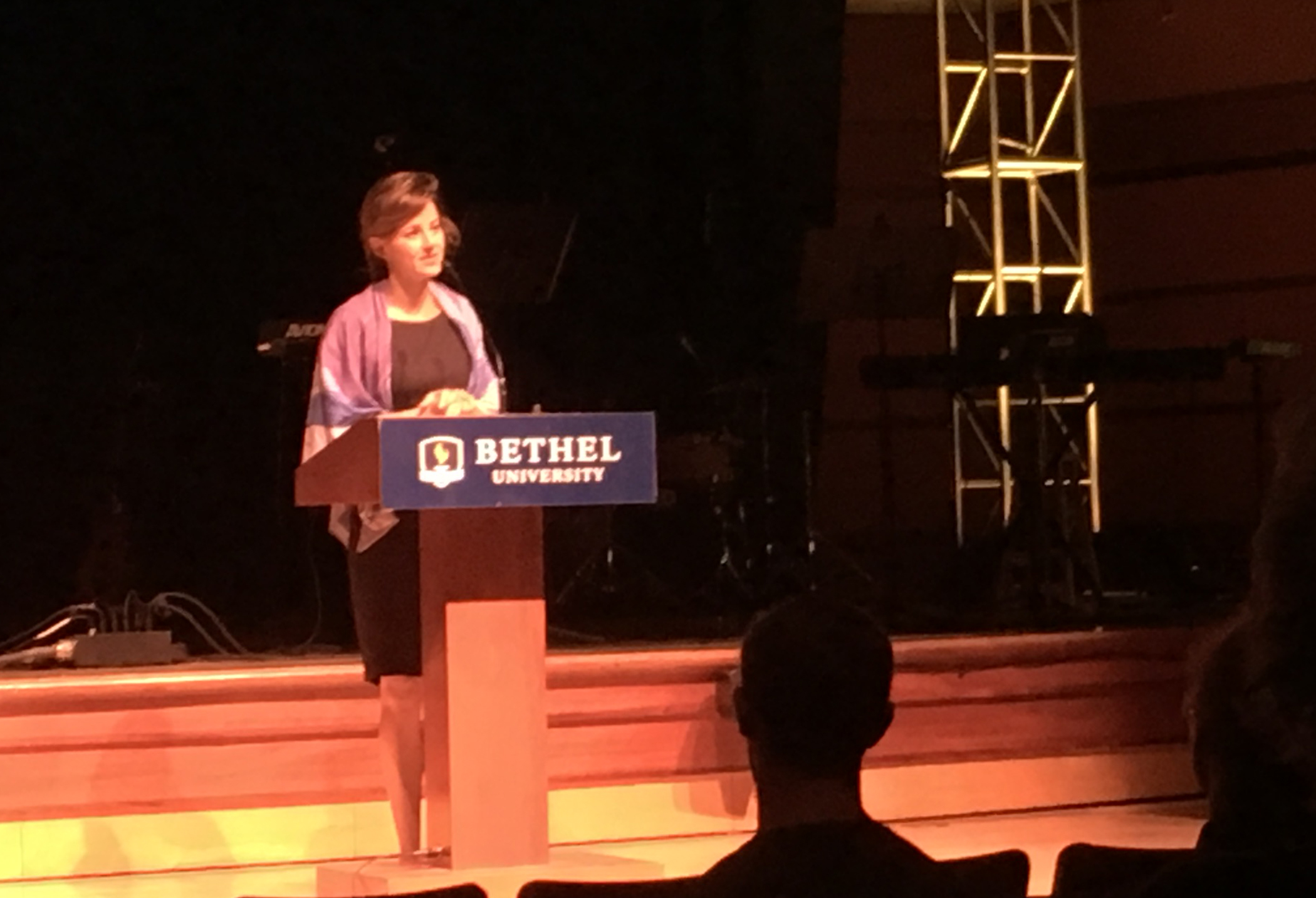 Journalist Anne Snyder discusses the quest for truth and unity amongst differences in community.

By Emma Harville, for The Clarion

Christian Evangelicals are not doing enough to bridge the many diverse communities in our society, author and widely published journalist Anne Snyder argued at Monday morning’s convocation in Benson Great Hall.

“We, as Christians, have taken the easy way, aligning with power as a means to an end, compartmentalizing our prayers and our sermons away from our actions and our spirit,” Snyder said.

Snyder called upon Christians to differentiate between the worldly power of public influence and God’s Divine power, warning that the dazzling elitist societies peppered with pedigrees from Ivy Leagues clash with a community of diverse Christians who are called to love and listen to minorities and immigrants living in exile.

Snyder’s message was the first of this year’s convocation series titled “Strangers in a Strange Land,” which will highlight immigration from a Christian standpoint. Snyder identified Christians as “alien reconcilers” with a “sheer quest for truth” in a world that favors power over mutuality among diverse groups. She also argued that Christians have forgotten their own collective history of exile.

Bethel University itself is rooted in a rich history of immigration. First founded as a seminary by John Alexis Edgren in 1871, the school trained pastors in order to serve Swedish Baptist immigrants who were fleeing religious persecution in Europe. Centuries later, although the context of immigration has shifted, many notice a demographic divide in the Bethel Community.

“It’s funny. The place where a lot of the Somali immigrants live now was where all the Swedish immigrants lived before that,” English professor Mark Bruce said. “So, the question is, how do we best relate to those communities rather than just sitting out here in Arden Hills?”

Snyder urged the audience to question their assumptions about marginalized groups and “listen to our immigrant and African-American brothers and sisters” in order to learn from their experiences and cultural responses rather than accept a status of worldly power and influence.

The Bethel Community, an “alien to the world’s logic,” according to Snyder, must unify and act as reconcilers of faith amid the many messages of the media.

“We are always aliens,” Snyder said. “We never belong, nor should we.”

0 comments on “Bethel community called to live as alien reconcilers”