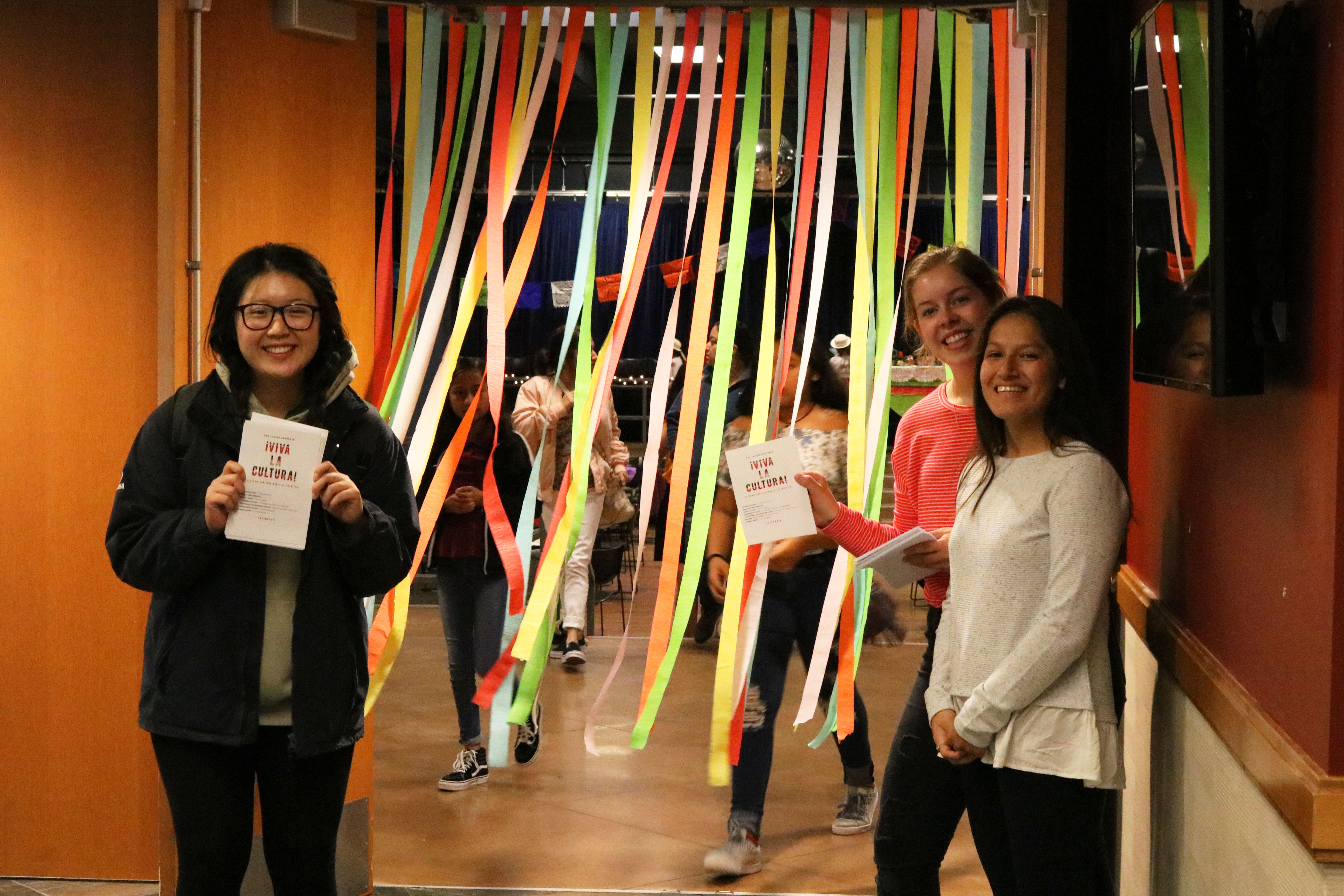 Voz Latinx hosts event to explore the culture of Latin America and Spain.

Children in traditional Hispanic dress chase each other, their feet flopping on the cold cement floor of the Underground as brightly colored skirts trail behind them. Vibrant, lively Spanish music fills the air as last minute event details fall into place. People laugh and talk with each other as seats at round tables slowly fill, papel picado tissue decorations of all colors hanging above.

“This event means representing the beautiful culture and history within Hispanic and Latino communities,” director of Voz Latinx Lizzie Sanchez said. “There is so much diversity within our people.”

Saturday, Sept. 29, United Cultures of Bethel and Voz Latinx hosted “Viva La Cultura,” which translates to “long live the culture.” The event was a celebration of the rich traditions and diversity within Latin American countries and Spain, and was hosted in the Underground. Since Sept. 15 – Oct. 15 is Hispanic heritage month, “Viva La Cultura” aimed to explore different aspects of Hispanic culture, including music, dance and food.

“My goal is to express the cultural aspect of where I’m from,” said Bethel freshman Mari Torres, who performed a traditional mariachi song. “I am Mexican, and I also believe in God. I want to be able to portray Christianity with my culture.” Torres goes on to explain she is doing this by performing a song about Latino countries and how they relate to God.

Purisaca is originally from Peru, but he has been living in the Twin Cities for 15 years. “I’m so happy to be here expressing the culture of South America,” he said on stage.

Near the end of the event, a spoken word that reflected on what it means to be a Latina woman was read by two members of Voz Latinx. “Do not hesitate to stand up for yourself…Be unapologetically Latina.”

Torres, who is experiencing her first year at Bethel, shared what the “Viva La Cultura” event meant to her.

“For me, it’s a form of expressing my culture and I’m really happy to do that in a place like this,” she said. “Now that I have the chance to get involved here with people who have the same culture as me or are part of Latin America, and that’s very meaningful to see people come together.”

0 comments on “A proud celebration of Hispanic culture”