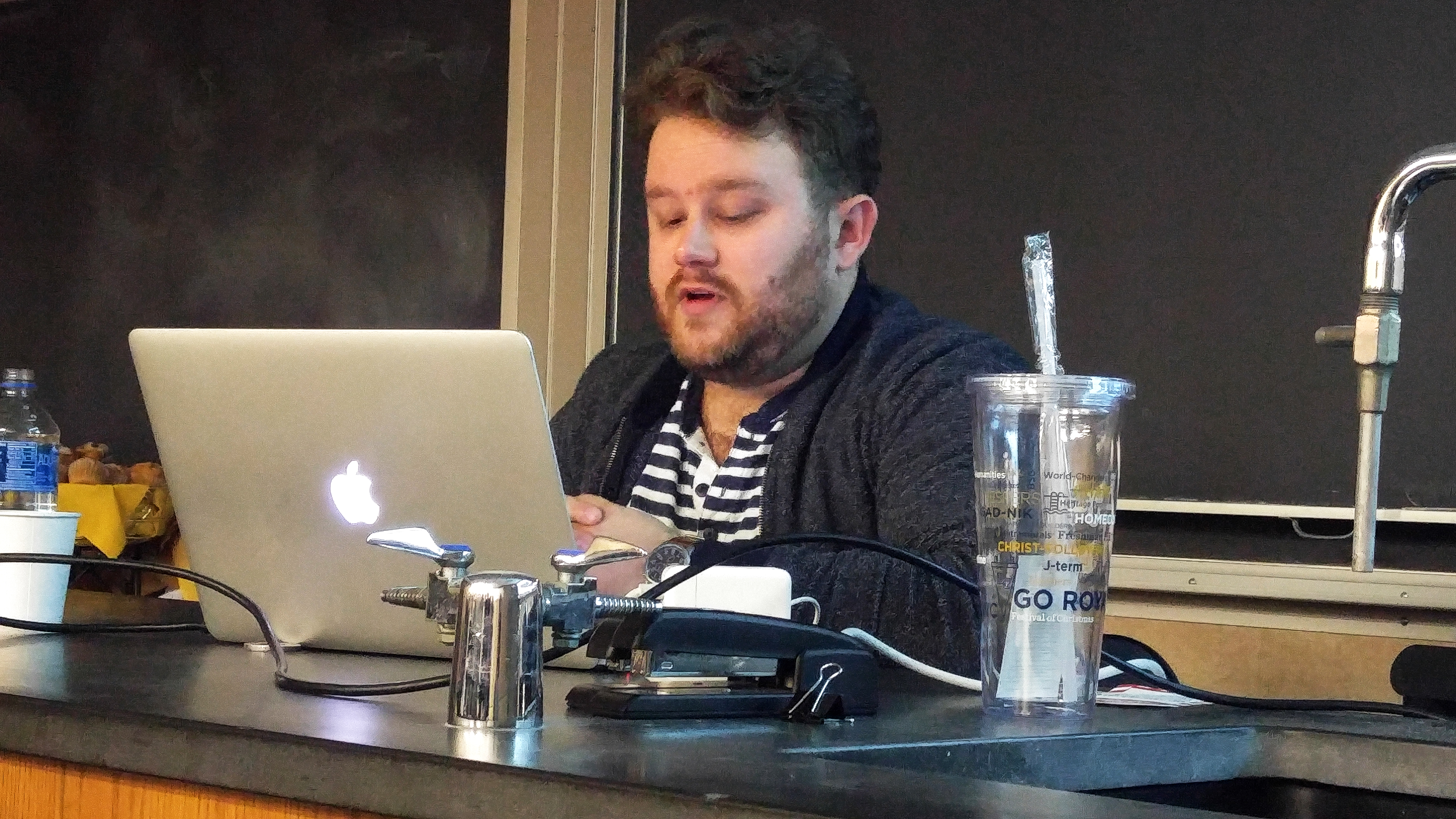 Kyle Bellucci Johanson shares the meaning behind his exhibit.

Students might have noticed the blueprints hanging on the wall while sipping coffee at Royal Grounds, or seen the small bookshelf and chairs in the corner of the Brushaber Commons. This is the work of 2oo9 Bethel alumnus Kyle Bellucci Johanson. He landed in Minnesota at 3:00 a.m. Oct. 2nd to speak to Bethel students later that day about his art.

Johanson thinks about space in both physical and metaphorical ways through his art. He explores quantum physics, absence, dematerialization and other abstract ideas through performance art and sculpture.

Recently, Johanson has been inspired by the panopticon, a prison designed in a circular form with cells surrounding a central watchtower. The prisoners can’t see inside the tower, but whoever is in the tower can see out, causing the paranoia of always being watched.

He sees this structure as a metaphor for today’s society, so he recreates it with a twist which calls for annihilation of this idea in the speculative future.

The work displayed at Bethel had a personal meaning to Johanson. His voice wavered as he spoke of the faculty cuts and changes that were made to his two previous majors of reconciliation studies and individual art. He developed close relationships with many Bethel faculty that he will never forget.

“This work carries an impression of those relationships,” Johanson said.

His piece displayed in the Brushaber Commons consists of blueprints similar to those from the Bethel commons architectural plans. At a closer look, the viewer can see that Johanson added a few alterations such as a labyrinth-like library in place of the dining center and an underground well.

Like much of his recent work, the piece displayed on campus is based off of the circular prison structure model with a well instead of a watch tower and cells along the pathway. The difference is that the Bethel plans contain a place for people to come together.

“It is our responsibility to build the kingdom of God, a beloved community,” Johanson said.  “That is what this work is about.”

This community is represented by the table and shelves behind a white veil situated next to the blueprints. It is meant to be a gathering place.

“It’s no coincidence that the things most dear to me have been created through relation,” Johanson said.

0 comments on “Blueprint for community”