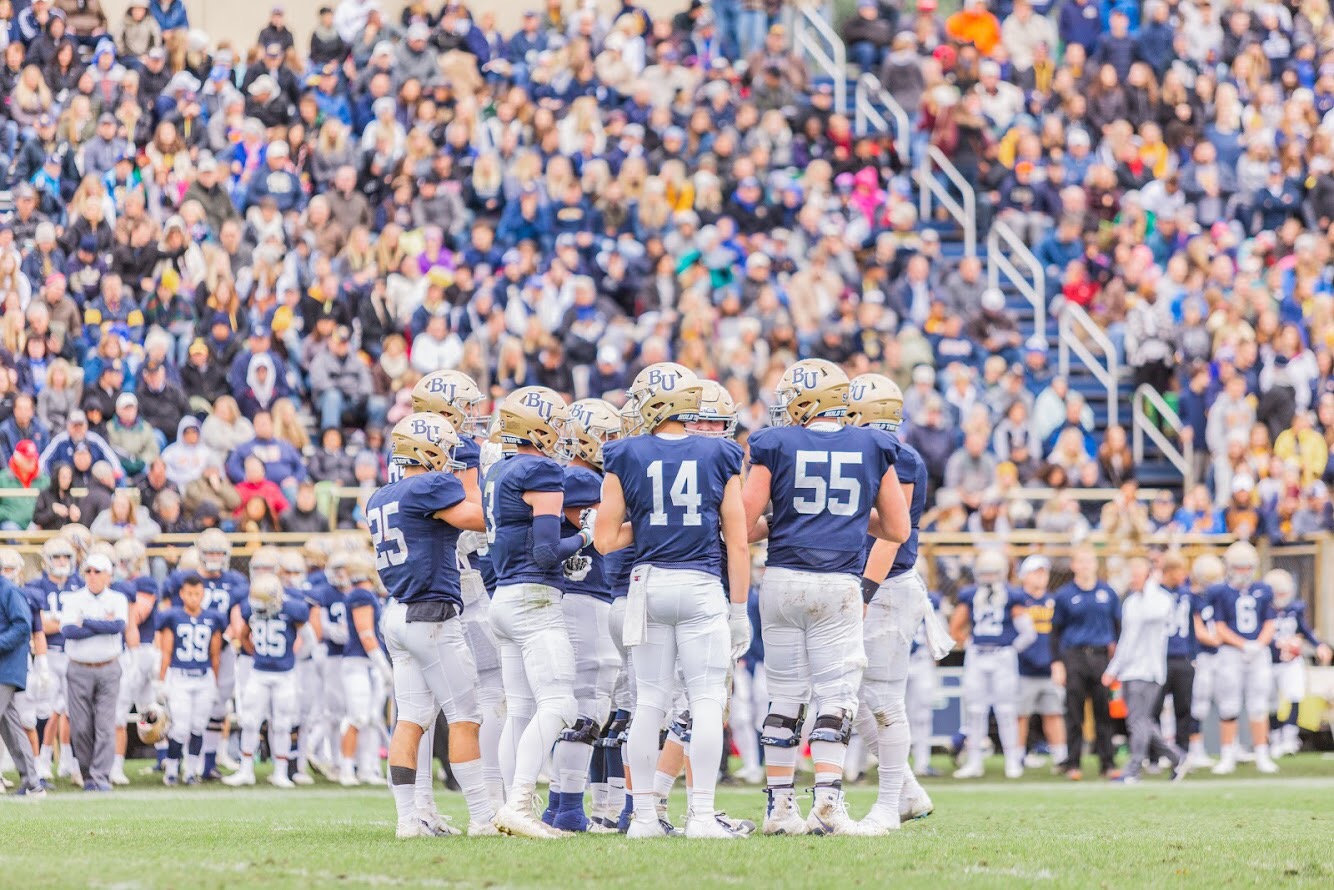 Crushing defensive pressure and a roaring offensive attack give Royals a chance, but Johnnies prevail

Bethel came into the game with a week’s worth of high spirits, many players getting excited for what would be “the biggest game of the year”. The Johnnies entered Saturday as the no. 9 team in the nation across Division 3.

Things started rough as SJU took a 71-yard pass to the end zone barely 60 seconds into the game, but the story of the first half was Bethel’s defense. They held strong throughout the rest of the frame, and the Royals trailed just 10-3 at the break. Linebacker Drew Ragsdale and defensive linemen Kyle Kilgore and Cameron Monson forced Johnnie quarterback Jackson Erdmann into two interceptions on the day.

“Coaches prepared us well all week,” Kilgore said of the constant rush put on by the Royal trench-runners. “We put a helmet in their chest and tried to make a move and get after it.”

The second half began just as its predecessor: a momentum-swinging play in favor of SJU. The Johnnies recovered a fumble deep in Bethel territory and Royal defensive pressure limited St. John’s to a field goal.

Bethel’s offense had been quiet up to that point, having missed multiple big plays downfield by mere inches. After quarterback Jaran Roste went down with a leg injury in the third quarter, Jake Marsh stepped in and led a rejuvenated air attack to cut the St. John’s lead from 20-3 to 20-16 by the five-minute mark of the final frame.

With possession of the ball once again and momentum seemingly ready to carry the Royals downfield, Marsh let fly a pass into the flat that was intercepted for a touchdown, and there was just no time enough for another comeback to be mounted. The final score of 34-16 was not fully reflective of the effort and confidence Bethel brought to the homecoming tilt.

“I felt really blessed today,” head coach Steve Johnson said after the game. “Guys got ready. We played with toughness and had a blast. It doesn’t always go the way you want, but I’m proud of our guys.”

Offensively, Marsh finished the game with 164 passing yards, two touchdowns and two interceptions. Wide receiver Drew Larsen had a breakout game of seven catches for 118 yards and a score.

Drew Ragsdale led the defense with 11 total tackles. Kyle Kilgore and Trent Substad combined for a sack in the Johnnie backfield.

Bethel travels back to Northfield next week for a matchup with St. Olaf College. The Royals are now halfway through the season at 4-1, outscoring opponents on average by a score of 33-18.