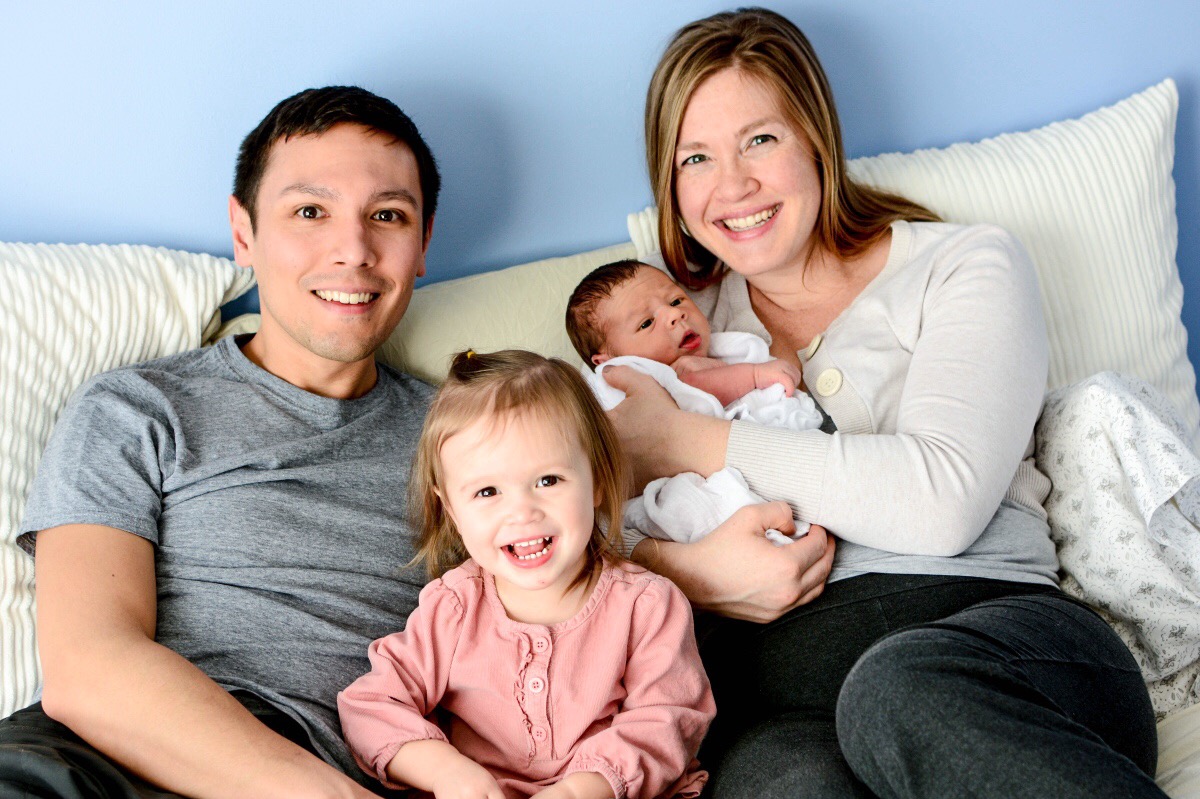 Alayna Tanaka, a 33-year-old Bethel graduate from Eagan, MN, had every Monday off of work. A day she always spent with her two children.

However, Monday Aug. 13 was different.

Alayna needed to run a few errands.  She dropped Ruth and Henry, her two kids, off at daycare. A little after 11:30 p.m. Alayna was on her way to pick them up.

She never made it.

At the intersection of Cliff and Pilot Knob Roads, the light turned green and Alayna drove forward.

Only to have her SUV smashed on the driver’s side.

A semi-truck driver ran a red light and hit Alayna’s car. Sand dumped from the semi-truck and covered the road way, blocking traffic for four hours.

50-year-old truck driver Todd Franklin sustained minor injuries, but was released from the hospital soon after the accident.

Alayna was rushed to the emergency room at Regions Hospital.

Alayna and her husband Wesley Tanaka met at Bethel in 2004 through mutual friends. They were one of many couples formed at Bethel, Wesley said. She majored in psychology, participated in the debate team and a played broomball.

After Wesley graduated, the two married and moved to Florida for a few years. Alayna pursued her master’s degree there, which allowed her to become an occupational therapist at Presbyterian homes.

Outside of work, Alayna enjoys both sitting on a couch watching TV or going on a crazy vacation, Wesley said. She can be found walking, running or hanging out on the family boat. She often plays with Ruth and Henry in the park.

Wesley got an unexpected break in his long day of work that Monday.

Out of nowhere, Wesley received a call from daycare that his children, 6-month-old Henry and 2-year-old Ruth, still needed to be picked up. But Alayna had told him she would pick the kids up.

“I kinda got that gut feeling that something’s not quite right,” Wesley said.

Wesley dialed Alayna’s number and an emergency nurse from Regions Hospital answered the phone. She informed him that his wife had been involved in a car accident and was in critical condition. The nurse repeatedly told him Alayna was alive, but she couldn’t tell him what she would be like in a few days.

Wesley left work and went to the hospital immediately.

“The first couple of nights, I got no sleep,” Wesley said.

He waited in the lobby as emergency medical staff took initial screenings of Alayna to diagnose her condition. Wesley found out later that she had broken countless bones including her femur and pelvis. The crash also caused serious brain trauma, leaving her in a comatose state.

“She won’t be the same person coming out of it,” Wesley said.

Even Ruth realized something was wrong with her mom. She began to ask Wesley all sorts of questions. She really started to miss her mom. Wesley was able to distract her with visiting family, but eventually it came time to explain what happened.

“You don’t know how much a 2-year-old really understands,” Wesley said. “I kind of had those tough conversations with her.”

Once Alayna’s brain monitor was taken out, Wesley brought Ruth in to visit her the weekend of Sept. 8. He said he thinks it was a good thing for Ruth, but he’s still trying to figure out how to help his kids through the situation. Wesley’s top priority is to make things feel normal and stable for them.

Luckily, arrangements have been made to feed Henry in the absence of his mom have been successfully made.

A month after the accident, Alayna has withstood two surgeries, breathes on her own and reacts to pain stimulus. Although things are looking better, the extent of the damage cannot be determined until she wakes up from her coma.

All that Wesley can do now is wait and pray.

“We’ve more or less been well supported by family, friends, our church, the community of Eagan [and] complete strangers,” Wesley said.

The congregation of Restoration Covenant Church in Apple Valley has supported Wesley and the kids with hot meals, helping hands, prayer and moral support.

“We’re all hopeful, and praying for a miracle, and we trust God will have his hand in it,” Wesley said.

A GoFundMe has also been set up for Alayna and Wesley to help the family out during this challenging time. Wesley said the truck company responsible for the accident will likely pay most of the hospital bills, but that could take up to a year to process.

Wesley said he hopes that Alayna’s condition soon improves and the family can start the rejuvenation process.

0 comments on “A sleepless night”