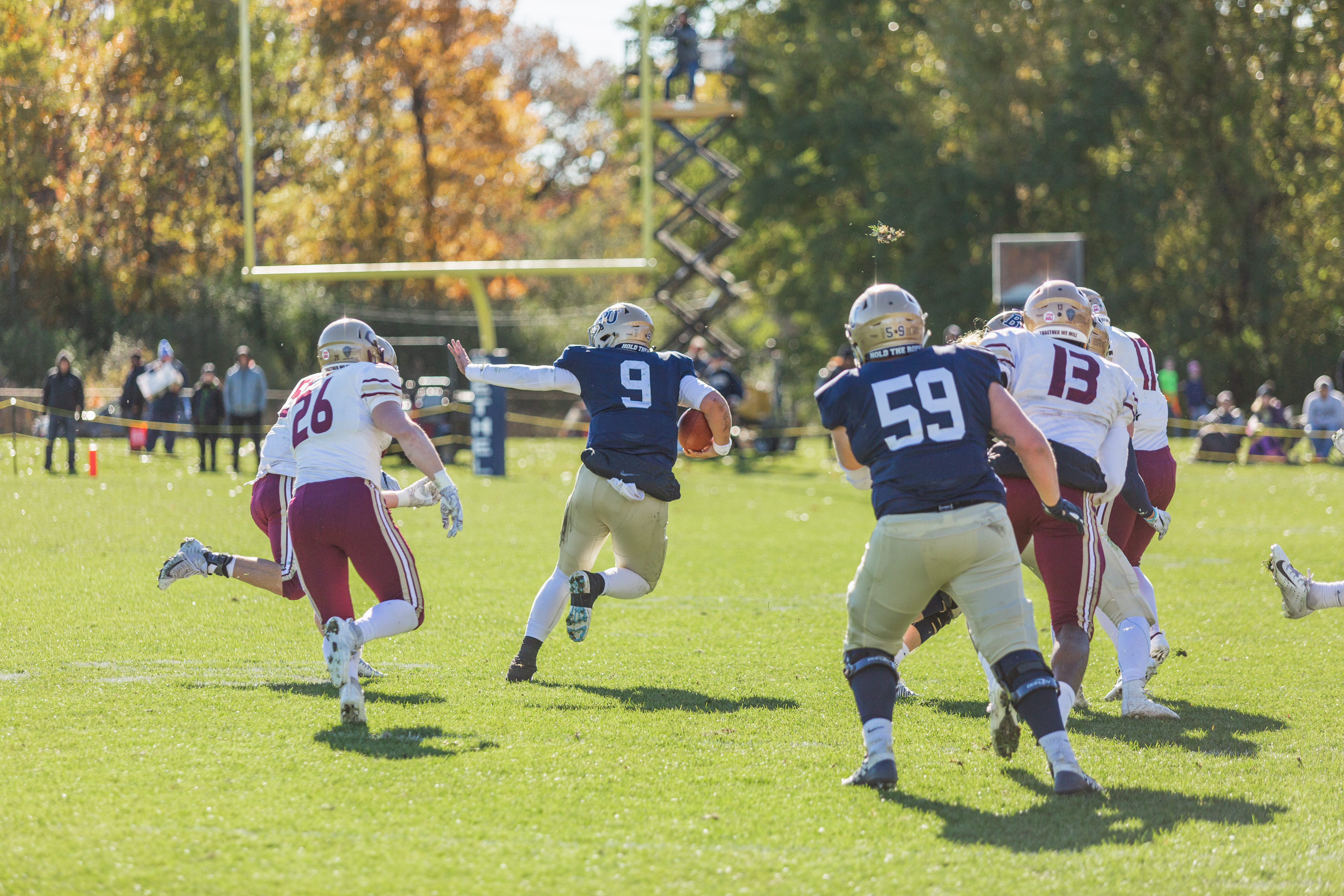 The Bethel University football team knocked off Concordia-Moorhead by a score of 41-13 on Saturday. The win pushed the Royals to 6-1 on the season with three games remaining.

A breezy day with clear skies was the perfect atmosphere for a game Bethel desperately needed to stay in the NCAA tournament at-large bid hunt. A great turnout from Bethel fans and community—thanks to Family Weekend at the university—helped cheer on the Royals to a lopsided victory.

Defense was the star of the game for the home team. Concordia was limited to 136 total yards on the day and committed three turnovers, all fumbles forced by the Royals. Linebacker Drew Ragsdale led the way with eight total tackles and a sack. Defensive lineman Cam Monson added six tackles.

When the offense stalled on multiple drives in the first quarter, the defense held fast in tough field position and forced Concordia to give the ball back time and time again. Then the Bethel scoring attack started to find a rhythm and it was 21-0 at the half.

Quarterback Jaran Roste bulldozed his way to 83 rushing yards on 15 carries and a touchdown, also throwing for over 100 yards and connecting with Drew Larsen for a passing score. Mathias Durie led the Royals in receiving with six catches for 52 yards.

Multiple times in the past few weeks, Bethel has taken steps back during games because of untimely penalties. They committed only three on Saturday, allowing for a smoother pace of play and more efficient scoring opportunities.

Bethel scored twice quickly in the third quarter to extend the lead to 35-7, then the fourth frame was a clock-eating affair with the final score displaying 41-13. Bethel coach Steve Johnson was pleased with his team’s all-around performance on the day.

“They played so hard. We were patient to who we are,” he said. “They’re not an easy team to run over, it was a fun game.”

Bethel enters Week 9 with a 6-1 record, the only blemish at the hands of St. John’s. They travel to Hamline and Augsburg in the next two weeks before returning home for Senior Day against nationally ranked St. Thomas. Plenty is still to be decided in the MIAC standings.

“It’ll be business as usual for us,” Johnson said. “We gotta do the same thing and not worry about the scoreboard and just go execute.”