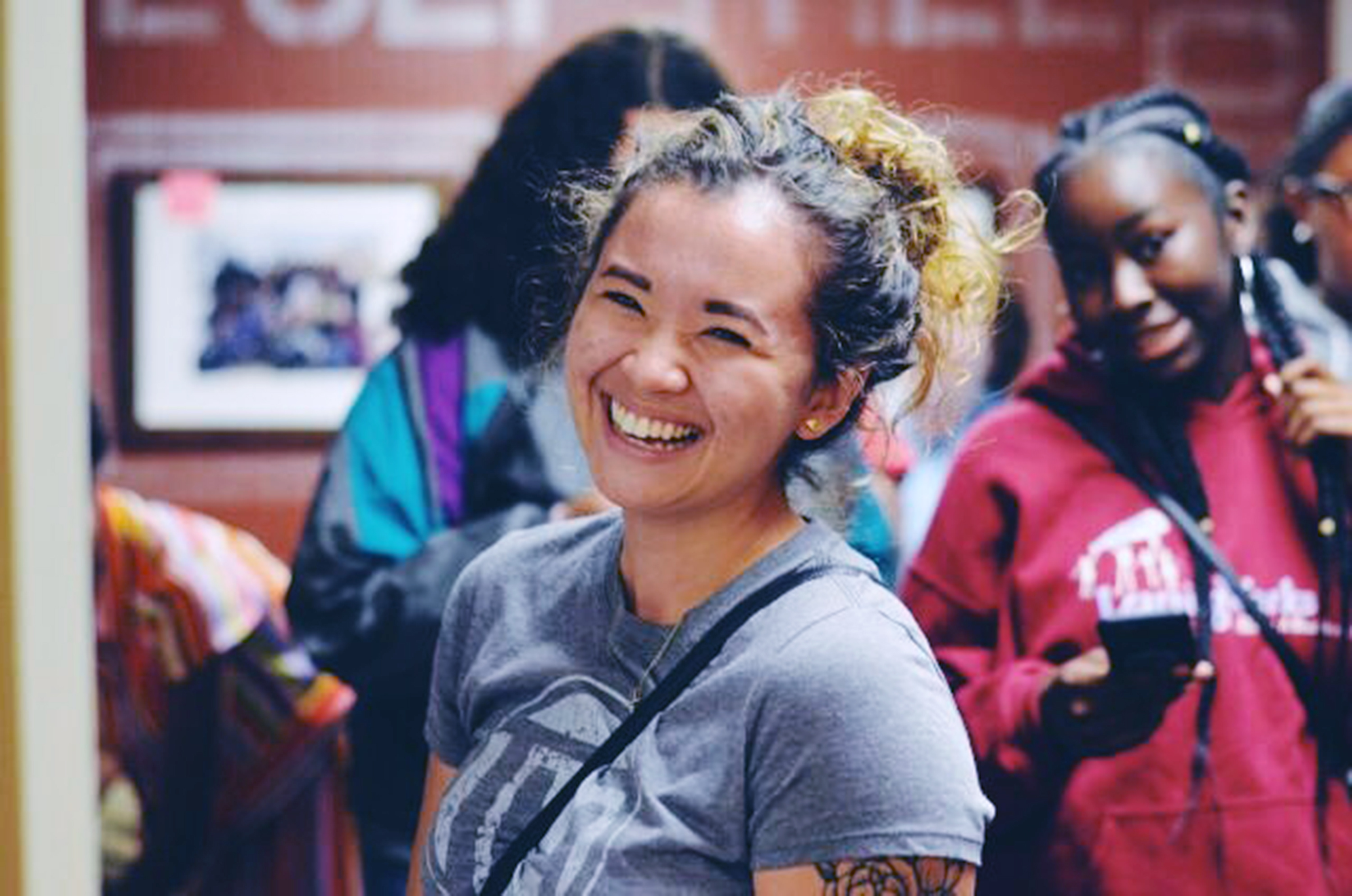 Former Bethel student takes her passion and talent to the next level.

Michaela Silvis never felt like she got to have the “freshman experience” the fall of her freshman year at Bethel University.

Now that she’s at Princeton Seminary, she’s excited for what many students dread: a community bathroom in her dorm hall.

Silvis started at Bethel when she was 17.

“Most people forget or don’t know,” she said. “But in my head, [age was] going to limit me. It was so hard for me to say things and have authority.”

Despite her age, Silvis was involved with activities all through her years at Bethel, including student activities, Shift, City Front, and multiple jobs around campus.

Silvis wrote in her “What is Ministry?” paper, in theology Professor Erik Leafblad’s intro class, that ministry is “being present in another’s humanity and encountering Christ through it.” This was evident in the relationships she built and how she viewed others. This paper is what caused Leafblad take notice in Silvis.

“I [wanted] to invest in her the way other professors, when I was younger, invested in me,” Leafblad said. “She had a willingness to challenge her assumption about what ministry is and what theology can be, but Silvis did it with a kind of intention that was noteworthy and different.”

As the semesters went on, Leafblad started to see Silvis as a conversational partner and someone to push his theological thinking in a way that helped her understand more of her own.

Silvis grew up in Cottage Grove, where she decided to enter into a PSEO program at Concordia St. Paul her junior year of high school, then finished out her senior year of high school at Bethel. She graduated from Bethel in the spring of 2018 with a bachelor’s degree in missional ministries at 19 years old. She is now in the class of 2022 at Princeton Seminary, working toward a Master’s of Divinity and Master’s of Arts in Christian Education and Formation.

Growing up in a Catholic home, Silvis says she did not like church. She was reintroduced to Christ through a friend who invited her to a Christian music festival. After that, she grew in her faith and found Bethel. “I didn’t even know schools like Bethel existed,” she explained.

She was involved with student council, theatre, cross country and multiple other various high school clubs. But felt like she was ready to be done by the end of her sophomore year. She ultimately decided to commit to PSEO because she wanted to be challenged and always liked school.

Leafblad is an alumni of Princeton Seminary and, during Silvis ’s junior year, suggested she start looking into graduate school. “There is an academic rigor that exists at places like Princeton. I know she’s ready for that rigor.”

“Yale never got back to me, but whatever. I paid an application fee and they said nothing,” Silvis said. But Yale was her number three choice, so she wasn’t disappointed.

Silvis was concerned with how much Princeton would cost. The annual tuition alone is $17,000. She missed the deadline for the scholarship application. These same troubling financial thoughts came to her around the time she was interested in Bethel.

“I just felt like this was where God wanted me so I am going to just take the risk,” Silvis said. “To me, my education and investing in what’s important to me was worth it.”

A week before she went to visit her dream school in May, Silvis was awarded one of Princeton’s scholarships for full tuition.

“It was crazy. It was cool to see that this is where God wants me to be,” Silvis said.

As Silvis finished out her senior year at Bethel, she continued to stand out with her ability to discover into the areas of theology that interested her. Silvis took heart to children, and more specifically how God sees children.

“You see so much historically and in the Bible about kids being commodities or means to an end, grooming them to be something they are not, but not seeing them as being pretty valuable in being children,” Silvis explained. “But Jesus takes that and changes that in the Bible, [He sees] their significance as people.”

Some people do not see children as whole, complete beings, but Silvis does.

“Silvis  more than most…people has initially and continued to see the theological complexity of little kids,” Leafblad explained.

Leafblad was Silvis’s instructor for Senior Seminar where Silvis reflected on this topic in her paper, “I believe that in recognizing the humanity within the child we will be able to fully see the humanity in us all.”

Believing in this reflects back to Silvis’s definition of ministry.

Silvis started classes Sept. 6 at Princeton Seminary, where she plans to continue working and reflecting on this theological area. When she has completed her dual master’s degrees, she wants to either enter children’s ministry or go into higher education — maybe both.

“I am exceptionally excited to see where her interest in young children and theology takes her and the voice she will contribute to that,” Leafblad said.  “There is a lack of good theological reflection in this area.”

He believes Silvis can be a significant voice in this area of study and go on to cause others to see “kids with such profound mystery and gratitude and joy” the same way Silvis does.