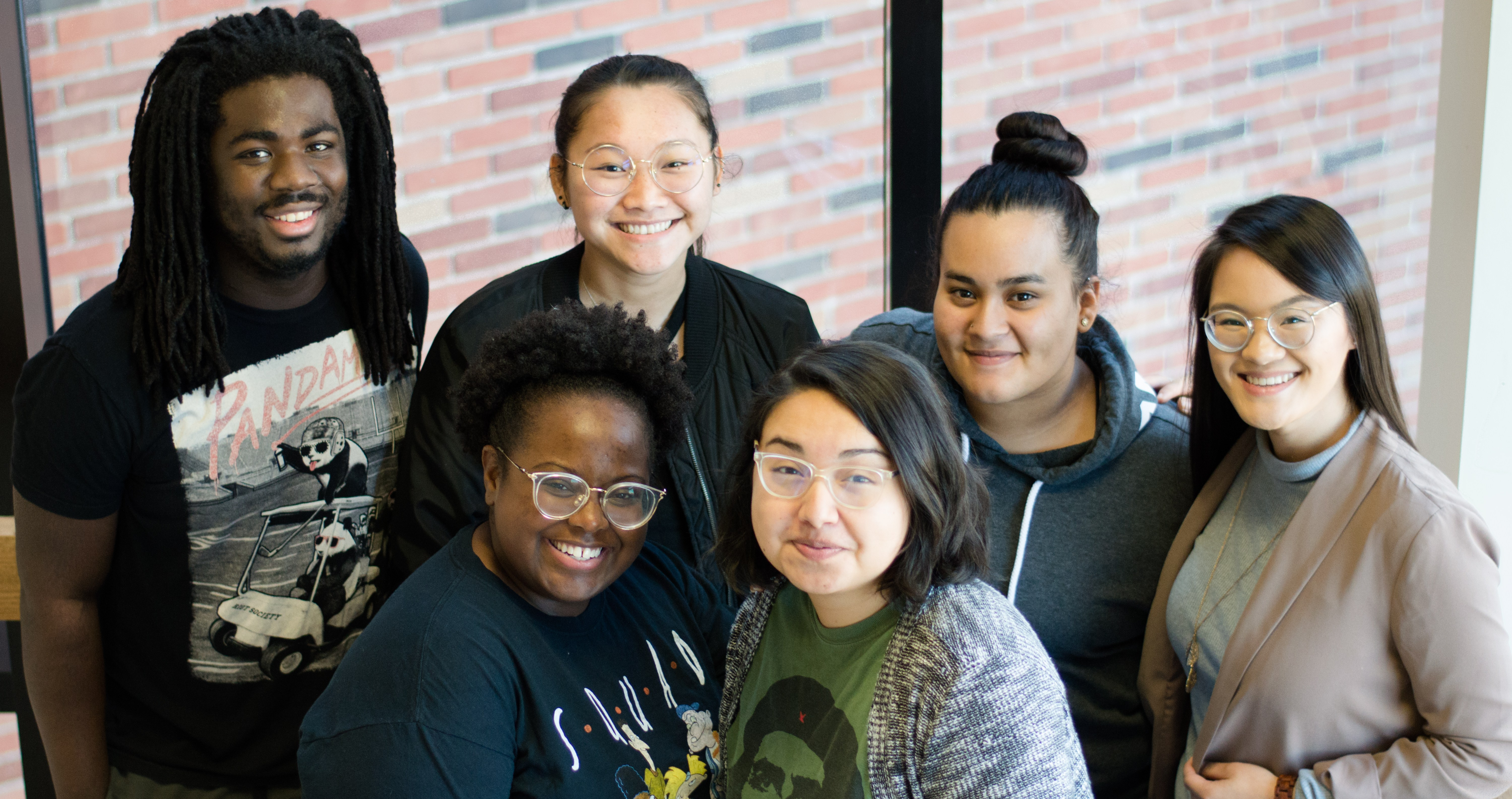 The scholarship that fuels the hopes and dreams of leaders.

This year, Bethel has now had 40 students and four cadres, or groups, through the Act Six program representing over 30 cities and 30 high schools.

The first cadre of Act Six scholars will be graduating with a degree from Bethel University come spring. Ten scholars were welcomed in the fall of 2015. Four students: Raygen Brown, Wendy Lorenzo-Sanchez, Marco Ochoa and Svannan Yanghave, graduated a year early, and one scholar Vivian Chavez will graduate this December.

As the six students head into their senior and final undergrad years at Bethel University, Moua is most proud of the Cadre One scholars’ ability to stay true to themselves.

“Cadre One are doers. They are passionate about many different things and that passion is evident in their lives,” Moua said.

One of the scholars Diamond Jackson saw her passion in Frogtown Urban Living Experience, (FULE) which is an opportunity for Bethel students to live in a house together in Frogtown and be immersed in urban living. One of the requirements for Act Six scholars is to live on campus all four years, but Jackson made an appeal expressing her heart for the community and her belief in the work of the FULE house.

But not all of the scholar’s passions are the same, some are looking to impact globally, some at a local level. Mari Xiong, a double major in environmental studies and reconciliation studies with a leadership studies minor, engages with the Hmong homeless community in Saint Paul through a church community called Riverlife. Xiong has been creating friendships in that community for as long as she can remember.

“Though I’m not involved in any specific leadership position at Bethel or outside of Bethel, showing up and sometimes initiating relationships is something that I do almost every day, and I believe those are forms of leadership abilities and skills,” Xiong said.

After Xiong graduates, she hopes to be an executive director for the non-profit organization YouthCARE, “which strives to engage in cultural appreciation along with implementing and engaging with racial equity.” Xiong also has the goal of getting her master’s degree in marriage and family therapy to bring hope and healing to the Hmong community.

Anderby Fortuna, a relational communication major, has found the whole experience in his college years to be humbling. His thoughts and perspective on the scholarship have matured.

“At first I was like, ‘Yeah, I got a huge scholarship, look at me!’ But now it’s like, ‘I have a huge responsibility. I have a huge opportunity,’ ” Fortuna said.

Fortuna, an RA in Heritage and having studied abroad last year on the communication Europe term, sees the Act Six scholarship as a “launching point for (his) dream.”

One of those dreams is to bring Act Six to Louisiana, which has one of the biggest academic achievement gaps in the country, and to share his testimony to bring the program to other schools.

Moua is thankful for the Act Six program and said that Bethel is honored to have 10 scholars admitted every year.

“I think Act Six is able to see these gems in communities and say, ‘You are the answer to the change in your community, not me, not somebody else, but you are.’ ”

Moua acknowledged that there are a lot of misconceptions carried by students about what Act Six is, such as being a diversity or a minority scholarship, but Moua emphasized that anyone can apply for the leadership scholarship.

“I would say that the most significant attribute of a scholar is that they have leadership skills and qualities that were demonstrated long before they stepped foot on Bethel. We just have the privilege of walking alongside them and enhancing or encouraging that skill,” Moua said.

Act Six has been around at Bethel for four years now, but Ehkhudah Zar, relational communication and theatre major, still believes that the program has been unnoticed by the community.

“When we tell (students) that we’re an Act Six scholar, we have to go through that definition of what that is, and what we do and that whole spiel. The only thing people know about Act Six is that it’s a scholarship. There’s misconception that it’s full-ride. It’s not. It’s full tuition, full need. We have to live up to that reputation to be able to continue to be an Act Six scholar.”

Zar who holds the position of executive director of united cultures at Bethel, reflected on the past four years and remembered her first year being a roller coaster.

“Our first year was rough because we didn’t know what we were doing (as Act Six scholars), but keeping each other accountable and asking questions throughout the years, it’s just gotten better because there was more feedback and opinions shared in the group. It’s crazy to think that four years ago, we were just Cadre One and now there’s four cadres roaming around Bethel. That’s amazing,” Zar said.