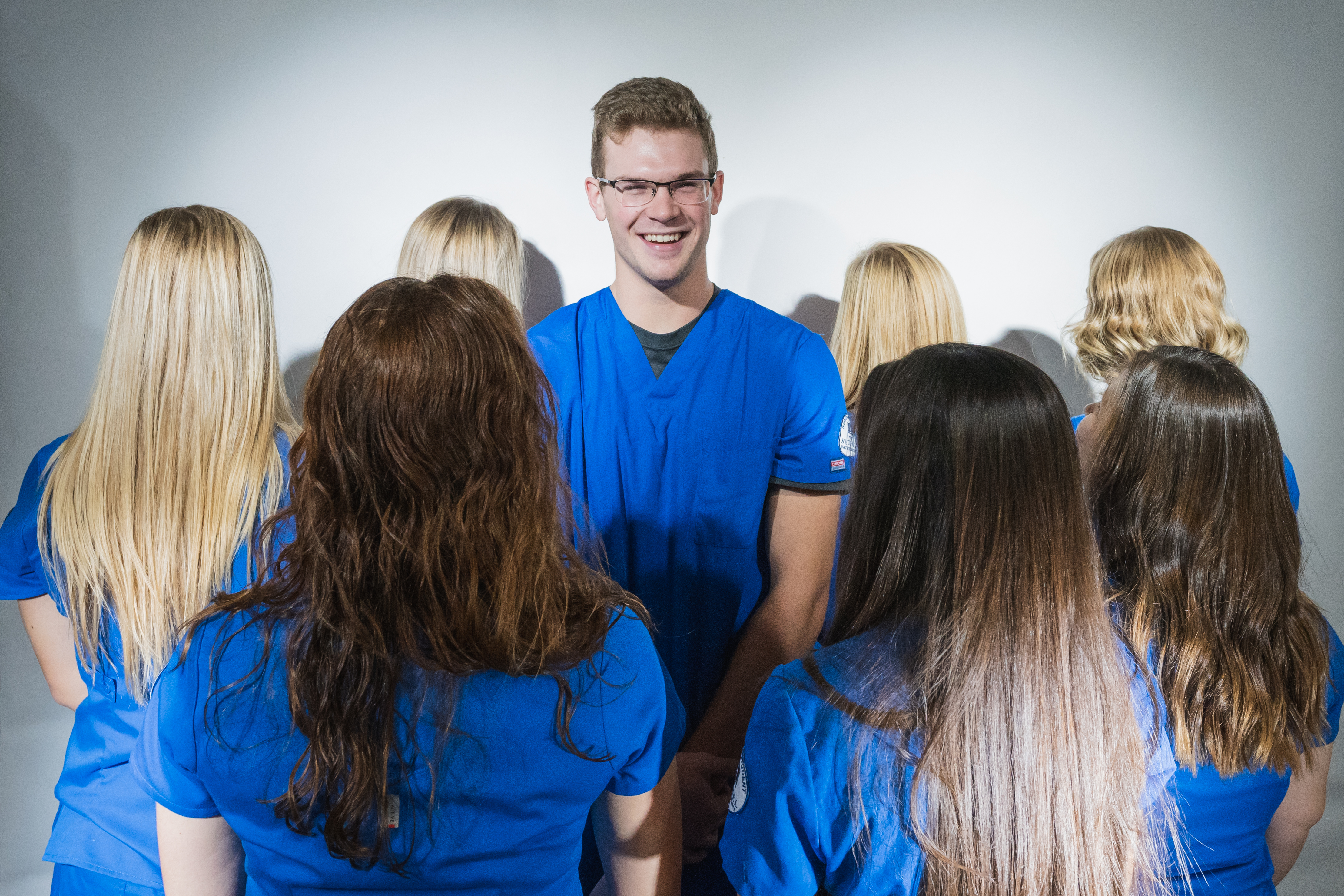 Though Bethel is ahead of the curve when it comes to combating gender disparities in staff positions, some majors reflect society at large.

Kallai Hokanson is the kind of person who programs a Flappy Bird game on Matlab for a school project and makes a promo video for it while other people analyze population growth.

When Hokanson, A Bethel junior, tells people she’s a physics major, they do a double-take.

Bethel’s 2:1 ratio signifies that there are two female students to every one male student. But in physics, Hokanson is one of only five upperclassman female students in a department of 29 total students. There are no female sophomores.

“Bethel is a reflection of society at large,” philosophy and gender studies professor Sara Shady said. “If we see gender disparity in what we’re majoring in, we’re going to see that reflected in career paths as well.”

Hokanson is double-majoring in business and physics with an emphasis in mechanics and a math minor. She always loved science growing up, and in first grade she wanted to either be a mathematician or a princess.

“When I was really young, it didn’t seem weird to be into science,” Hokanson said. “But especially coming to college, you see the drastic difference.”

Hokanson recalls there being significantly more female students in her classes as a freshman, but after the introductory classes, she noticed a high dropout rate.

“There can be a tendency for more of us to be perfectionists,” Hokanson said, explaining her theory for the high dropout rate. “If (women) don’t get an A they think, ‘Oh, it’s not for me,’ whereas guys might be like, ‘Great, C – I passed!”

Hokanson said another potential deterrent for women in science majors is simply feeling isolated, even if there are female professors.

“Guys seem to form a group and you can feel like an outsider a bit, which is unfortunate,” Hokanson said. “Guys group with guys, girls group with girls, but that tends to happen everywhere.”

Hokanson also participates in Bethel’s Women in Physics & Engineering Club headed up by physics instructor Alyssa Hamre, where they help support each other and try to keep the numbers up in the department. They remind each other that it’s OK to not have straight A’s.

One idea a few of them have thrown around is starting a nonprofit organization in the future with a goal to start a free technical school science education course offering coding and basic physics to prepare single moms for work.

“There’s no reason why women shouldn’t be in science, but that’s what society teaches us,” Hokanson said. “At the very least, it’s a little unusual. It’s something different, something novel, but it should just be ordinary.”

In the future, Hokanson plans to start her own engineering firm after going to graduate school at the University of Minnesota Twin Cities.

Some of Dan Marod’s friends back home in Little Falls call him a “murse.”

Marod, a junior, grew up reading an anatomy book with his grandparents, who both worked healthcare.

“I loved looking at different disease states and how people got cured for them,” Marod said. “My grandma would ask, ‘Do you want to look at the body book?’ and I’d say, ‘Heck yeah!’”

He retained a memory for the parts of the human body and even ended up helping anatomy students throughout high school. But when the time came for deciding on a college and major, Marod thought he wanted to study engineering at University of Minnesota-Duluth.

Then one day mid-July, Marod and his family went out to eat and his grandparents brought up the idea of healthcare. Marod knew he didn’t want to do the long-term education needed to become a doctor, so he decided on nursing and went to College of St. Scholastica in Duluth. He didn’t feel at home, so after one semester he ended up transferring to Bethel.

When Marod tells people he’s going to be a nurse, they respond positively most of the time.

“Sometimes it surprises me that people are so surprised…if you’re that kind of person, it shouldn’t matter gender-wise,” Marod said. “Society has brought us up to where women are more allowed to express their emotions and men should be more stoic.”

Though there are only 22 male nursing students in Bethel’s program out of 199 total, Marod said the nursing staff makes sure to acknowledge men’s perspective in nursing.

“The amazing thing about now is that guys are being pushed to be more sensitive and emotional, and I think that’s awesome that programs are acknowledging that,” Marod said.

Bethel ahead of the curve

Bethel as an institution is fairly unique and ahead of the curve when it comes to employing female professors in traditionally male-dominated fields, Shady said. There are even more women than men in executive positions.

“Some things we’re already doing well – there’s a push in society for girls in science and STEM fields … and Bethel has been intentional about trying to hire women in departments where they’ve been underrepresented,” Shady said. “But it speaks to the power of how deeply rooted these ideas and assumptions are in our culture.”

Though affirmative action can get a bad rep, Shady points out this doesn’t have to mean numbered quotas – it can simply mean opening up network pathways to market toward diverse candidates, or working with kids at a younger age. Bethel, for example, does an outreach program in elementary schools to encourage girls in STEM.

In one-third of American households, women are already making more money than men, and that number is growing, according to Shady.

“And that creates all sorts of other questions about distributing other work in the family or household,” Shady said. “The more that we can empower people to use their giftedness, regardless of gender, I think that’s what a healthy society looks like.”

“I just hope that at some point in time, we see that anybody of any gender will be able to pursue whatever they feel is their calling, free from any bias or discrimination,” Hokanson said. “It would be nice to not even have to write these articles. It would be nice if it was just normal.”

0 comments on “murses and fysicists”