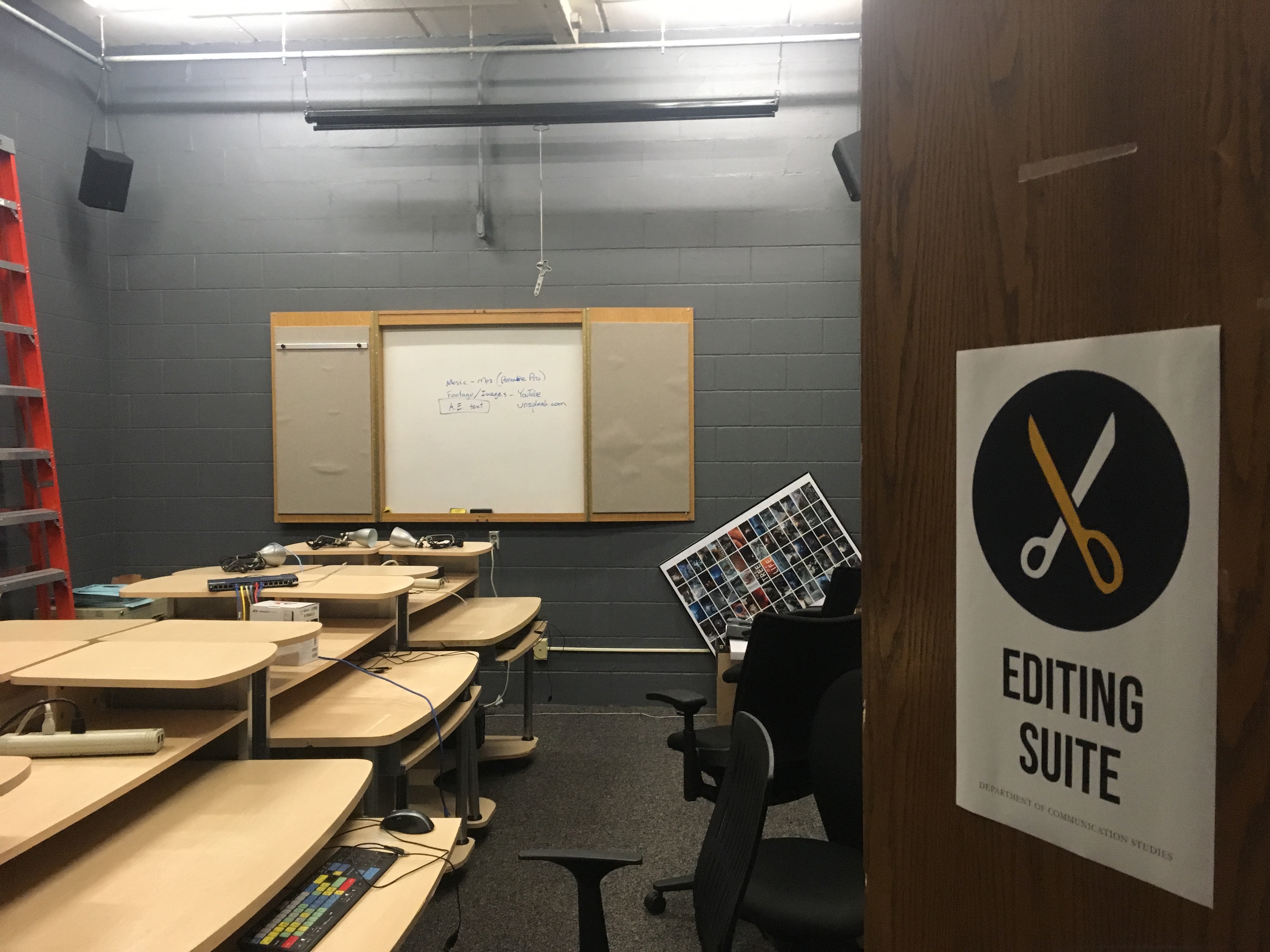 Early Wednesday morning a significant amount of computers and other tech equipment were stolen from the communication studies department editing suite and podcast production office.

By Maddie Christy and Jasmine Johnson

Snow crew member Riley Windler’s supervisor Johnnie Sowards mentioned in passing that the extra-large bin had been involved in a robbery.

“I thought he was joking,” Windler said. “Turns out he wasn’t.”

Wednesday morning the editing suite and podcast production office were found emptied of their equipment.

In Artie Terry’s 9 a.m. Media Production class, he walked in unaware that the equipment was missing. He was shocked that the TV studio cameras they needed to use for their class were gone.

Terry’s following communication classes Wednesday were canceled due to the unexpected circumstances.

Communication studio TA Tim Kromer walked into the studio at 10 a.m. hoping for a quiet place to study. Instead he found that TV studio cameras 2 and 3 were missing. He checked the backroom and found that the six editing computers were gone as well as the iMacs in the podcast production office. The podcasting recording suite appeared untouched.

Podcast studio classes have been canceled for the rest of the week.

“I can verify that it was a significant amount of technology stolen,” communication professor Ripley Smith said. “Enough that it will impact communication classes this week.”

The full extent of the damage has not been released at this time. Currently the editing suite and the production office sit empty of technology. The desks are scattered with unplugged chords, keyboards and mouses.

Bethel safety and security declined to comment on the ongoing investigation. A statement will be released from the Public Relations department Thursday morning.