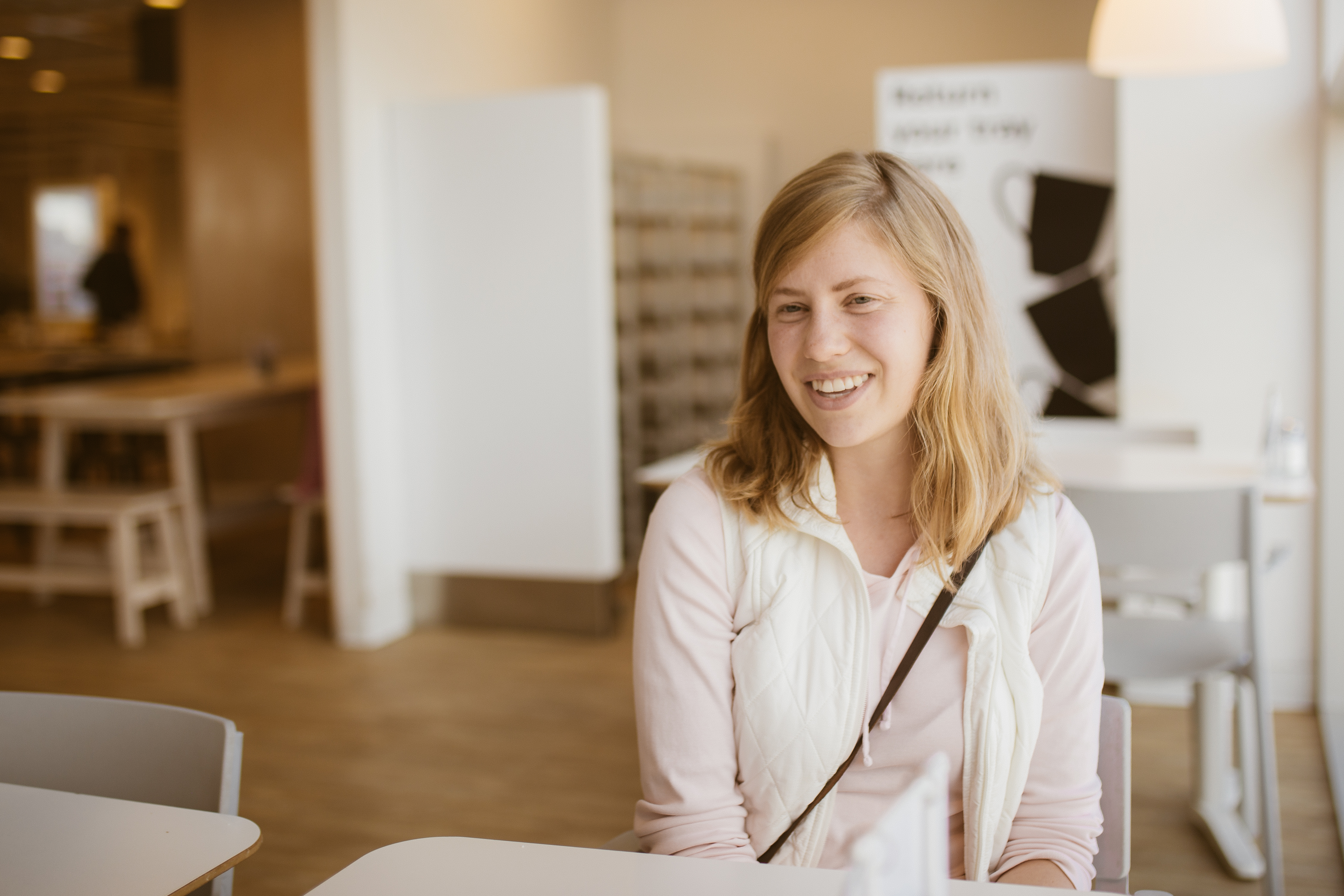 From All-American runner to community servant, Annika Halverson gives God all the glory for her success.

Annika Halverson is soft spoken, but she isn’t afraid to speak up. She’s accomplished feats most people wouldn’t achieve in a lifetime, but she would never talk about them unless she was asked.

She became one of the most successful runners in the history of Bethel University, finishing in the top three in all of Bethel history in the mile, the 1000 meter and the 1500 meter, with top 10 finishes in the 1500 and the 4×800 relay at the 2018 MIAC Championships.

She not only displayed her kind and humble spirit on the race track, but also in the community working as a humanitarian by sacrificing hours of her time to partner with nonprofits to improve local communities.

Halverson, a 2018 graduate of Bethel University with a bachelor’s degree in sociology and reconciliation studies, is now on to the next chapter of her life, working for AEON, a nonprofit affordable housing developer, in Richfield. Through this position, she helps residents find housing in the area where they otherwise would not.

One day, a man who was on low income and had felonies on his record called Halverson’s office to ask about the possibility of getting into affordable housing. He would have been homeless by Oct. 4 if housing was not organized. Thanks to AEON, she said, he just moved into Seasons Park Apartments within that next week.

“I can’t take credit for my accomplishments. God gave me the ability to run and God gave me my parents who taught me to keep pushing through when it’s tough.” -Annika Halverson

The NCAA Woman of the Year award is given to someone who demonstrates athletic excellence, community service and leadership. The winner will be announced on October 28 in Indianapolis. Halverson was one of 30 women to be nominated and only one of the 10 Division 3 athletes.

“I was very surprised,” Halverson said. “I feel so honored to even have been considered.”

However, before she could get one word out about her achievements in the four years in Arden Hills, she directed praise to the other nominees, her parents and to God.

“There are so many young women deserving of this nomination,” she said. “I can’t take credit for my accomplishments. God gave me the ability to run and God gave me my parents who taught me to keep pushing through when it’s tough.”

But she had to work for it, too. Royals cross country head coach and assistant track and field coach Joe Stephens saw her hard work firsthand when coaching Halverson.

“Her work ethic was second to none on the team,” Stephens said. He added that in all the years he has known Annika, he has never once seen her miss a lifting session or a practice. “Whether it was a 6 a.m. practice or a practice on a weekend when it should have been free, she still showed up with a smile on her face.”

Not only was she talented on the field, but it extended to off the field as well. Whether it was diffusing drama within the team or encouraging a teammate academically, Halverson showed Christ’s love and compassion to all she encountered during her Royals career.

“Annika is one of the best examples when it comes to sacrificing her own good,” Stephens said.

During the NCAA Championships her senior year, she was sitting third in the country in the mile run. However, as she crossed the finish line, she was unexpectedly denied for being an All-American by 0.1 seconds.

After training for four years, it was a huge letdown for her.

Instead of staying in regret or disappointment, Halverson was sharing what she learned from the race to a teammate the week after.

“She gains perspective so rapidly,” Stephens said. “It extends beyond athletics.”

Looking back to her Bethel experience, Halverson reflected and thanked her former coach for all he did to drive her to be a better athlete and ultimately a better person.

“Stephens has pushed me to be courageous in my running, to push myself out of my comfort zone…and I think that has transitioned to my life outside of running. That’s a life skill that has carried over to my work.”

Even though she was not one the final nine nominees that was announced earlier in the month, Halverson takes joy with her continual work for those who are in need of low-income housing in the Twin Cities metro area.

“I’m proud of committing my time and energy to develop relational connections and the opportunity to deepen my faith, as well as learning from my residents,” she said.