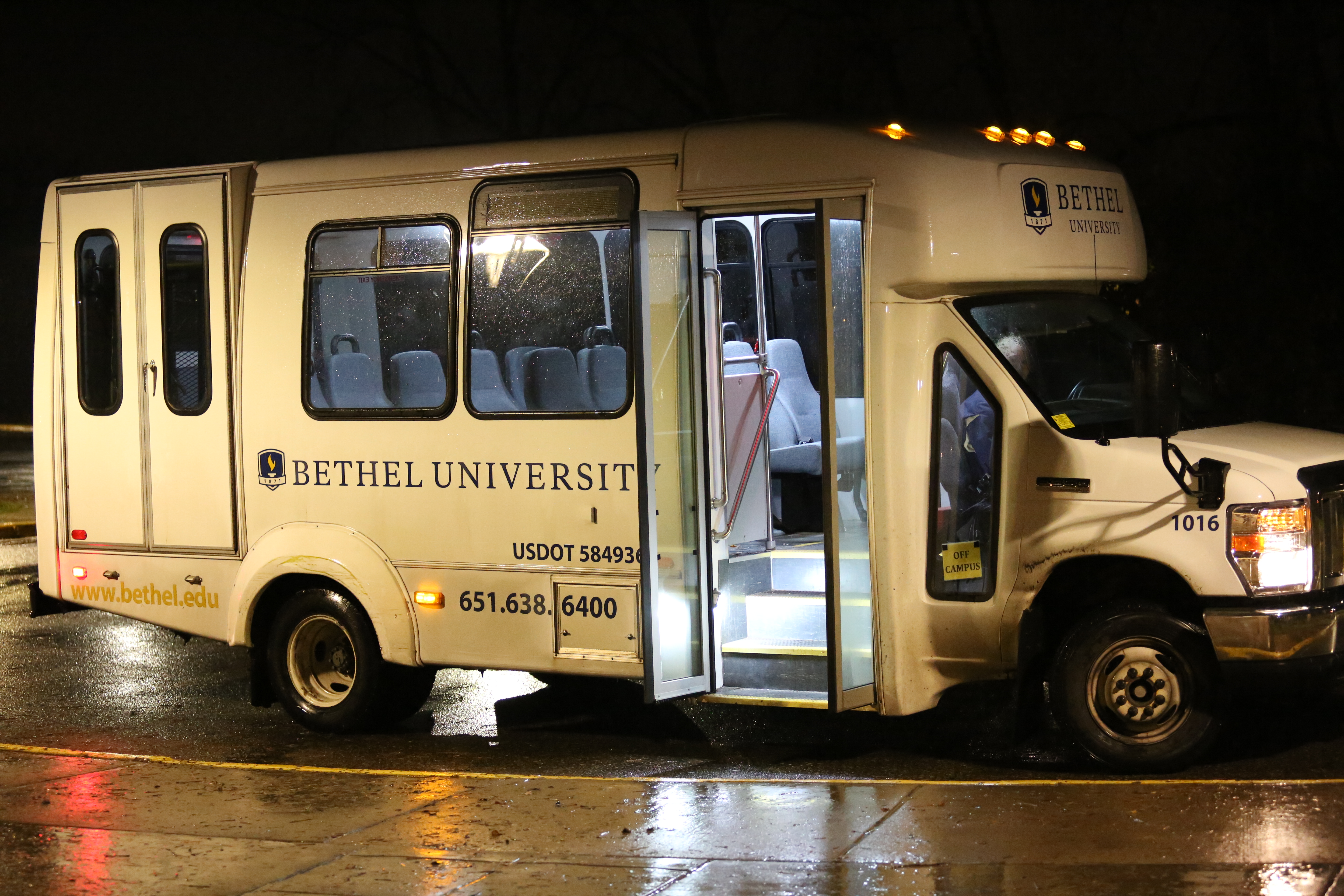 On a rainy Monday night, sophomore biology student Josh Carlberg called the security office to send the shuttle to the CLC circle to get a ride to his room in North.

“I like that the shuttle is warm and I’m not getting rained on,” Carlberg said.

Carlberg rides the shuttle at least two or three times a week. He discussed the improved convenience to the on-call shuttle.

For years, the Bethel shuttle ran routes according to a strict schedule. The change was made this year to protect drivers and save on mileage and fuel.

Transportation and Fleet Services Specialist Josiah Williams said that there are both short term and long term benefits to this switch. In the past, shuttles ran during the service hours, which contained infinite loops around campus with no passengers on the vehicle more often than not. This resulted in an increase in used miles as well as wasted fuel. With these short term adjustments in place, the wear on the vehicle tires will be reduced and they will ultimately last longer in the years to come.

Williams also attributed the goal of switching to an on-call system to benefiting the drivers, their “most important asset.” By cutting down on the continuous schedule, the on-call “reduces the amount of hours on the road and fatigue the drivers may experience.”

Junior athletic training student Courtney Hlavka has been driving the shuttle for three years. Hlavka agreed with Williams that many of the drivers like the switch from scheduled routes to on-call. Although some shifts are different than others, the change allows time for studying, relaxing and not driving in circles, especially during slower stretches at night.

Hlavka bides the time by doing homework in the CLC at the front desk. Hlavka confessed that even though it’s more than halfway through fall semester, students still find it confusing because it’s new.

“People aren’t used to change until some time has gone by,” she said.

Hlavka admitted that sometimes it can be frustrating when the calls get backed up and the drivers try to keep track of all the people that request the shuttle at once.

“That’s the only thing that’s slightly bothersome,” Hlavka said. “For the most part, (on-call) is better planned than what they had the years before.”