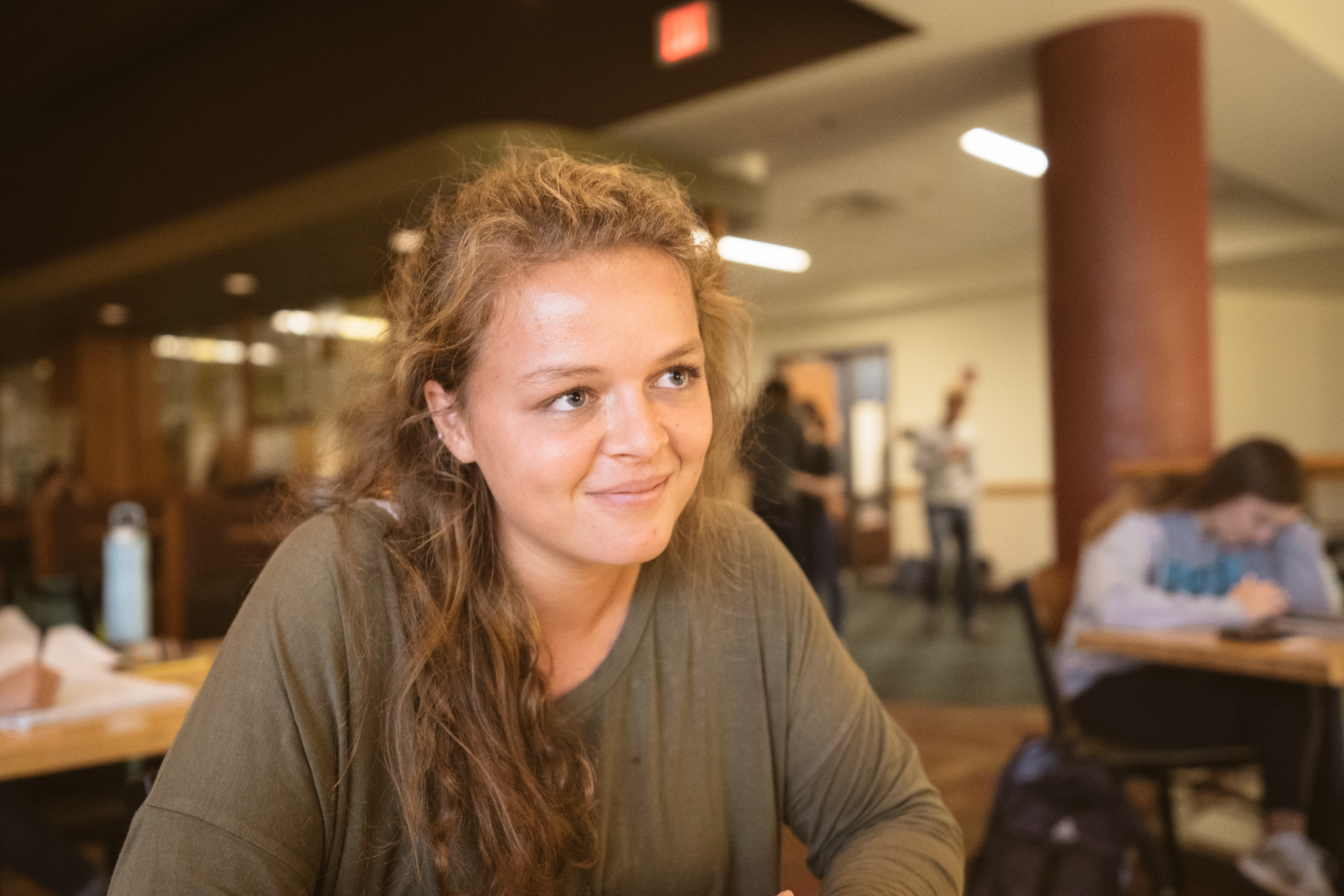 With only one trip down to Guatemala, Becca Brubaker knew she was called to serve with her sport.

Bethel University senior Becca Brubaker felt such a strong calling when she was working with local communities in Guatemala during her spring semester studying abroad, she decided not to leave.

“God kept telling me I need to stay.”

Although the Bethel study abroad program lasted a semester, she was convinced her time in Guatemala was not quite over. After prayer and deliberation, she listened to what God was telling her and partnered with a missions organization that she stayed with over the course of the summer.

Working with Students International—a non-denominational Christian ministry organization that partners with full-time missionaries in countries such as Costa Rica, Dominican Republic and Nicaragua—Brubaker learned to love the new culture. Soccer is one thing that is important to the youth in Guatemala, so Brubaker jumped right into that. She was the organization’s sports intern for the kids, playing with and coaching them on a regular basis.  She fit right in, as she is a center midfielder on the Royals soccer squad.

Brubaker got to use those talents working at the designated sports site in Magdalena, formally known as Milpas Altas, a small village in the mountains that she and her ministry team were based out of for the semester.

For a soccer player from the United States, Brubaker never thought that her talents on the pitch could translate to a form of mission work that impacts the community of a third-world country.

“I’ve played soccer my whole life so it was super cool to see how you can use sports as a ministry and a tool to talk about Jesus,” she said.

Brubaker mostly worked with teenage boys through playing soccer. Each day when her group’s truck started pulling up to the site, the kids would rush towards the truck, shouting and jumping for joy.

One day, she even brought a cajon, a substitute for a drum, and other instruments to the sports site. Being a Vespers team member, Brubaker used her musical talents to pretend rap in Spanish and the kids stood there mesmerized. This is when she came to a realization: She could use soccer to love on these kids.

“I want to be focused on people around me,” Brubaker said.

In America, there is typically no concern about the availability of soccer resources: cleats, balls, fields. That is not the case in Guatemala. Brubaker talked about how the joy of the kids was radiant whenever they got the chance to play soccer.

One time, they couldn’t see five feet in front of them because of heavy fog. Another time, the soccer ball they were playing with was kicked through a hole in a fence surrounding the field, causing it to roll down the mountainside and them to go running after it. The kids still met those situations with joy and laughter.

Those are the memories that Brubaker recalls when she feels like soccer is a chore.

“It is challenging me to be grateful for what I have,” she said.

That newfound grateful attitude has been a part of Brubaker’s spiritual maturation process from her experience in Guatemala that those close to her can see clearly.

“She has more confidence blossoming into believing that ‘this is who God made me,’” mother Teresa Brubaker said. “I definitely see that strengthened relationship with the Lord.”

Teresa, a former youth director for many years, including leading missions trips all around the world with her groups, knows that these trips abroad are more than just an educational experience.

“It is a serving time, not just an educational time,” she said.

Brubaker is Teresa’s third child to go through the Bethel study abroad program, second one to Guatemala. Becca’s brother, Nathan, went to Belize, while her older sister, Lydia, paved the way for Becca by going to the Guatemala in 2014. Lydia then returned last spring with Becca, this time as a leader.

“It is one of best semesters of your college experience,” Lydia said. “I loved the country and the people down there.”

Lydia recalls the hours Becca spent in prayer and solitude about the decision of whether to remain in Guatemala over the summer.

“Becca spent lots of time seeking the Lord,” she said on her deliberation whether to stay in Guatemala. “She had a strong feeling that the Lord wanted her down there, so she stepped out in faith.”

Now that she is back in the states and in her routine as a Bethel student-athlete, Becca admits that, at times, she misses her time in Guatemala, knowing she is not with those kids and friends on a daily basis anymore.

When she dwells on the fact that she is not longer in the country she has grown to love, it is like living in “two separate worlds,” one in Minnesota and one down in Magdalena.

However, as everyone has seemingly asked her at some point, she is planning on returning at some point. The time table is not certain yet, but her desire is to go back regularly.

So, like she did before deciding to continue her life-changing experience down in Guatemala, she submitted herself to the Lord.

“God,” she said in a humble realization, “I guess you’re my home.”

Her desire to go back will also be met with more prayer and reflection, as she is not sure where her journey will lead to next after this year.

But one thing she knows is this: her home, either here in Minnesota or in Guatemala, is not identified by material possessions. Just like those kids in the village enjoying soccer for the pure joy of the game and not the objects they lacked, what she perceives as home is not based on finite ideas anymore.