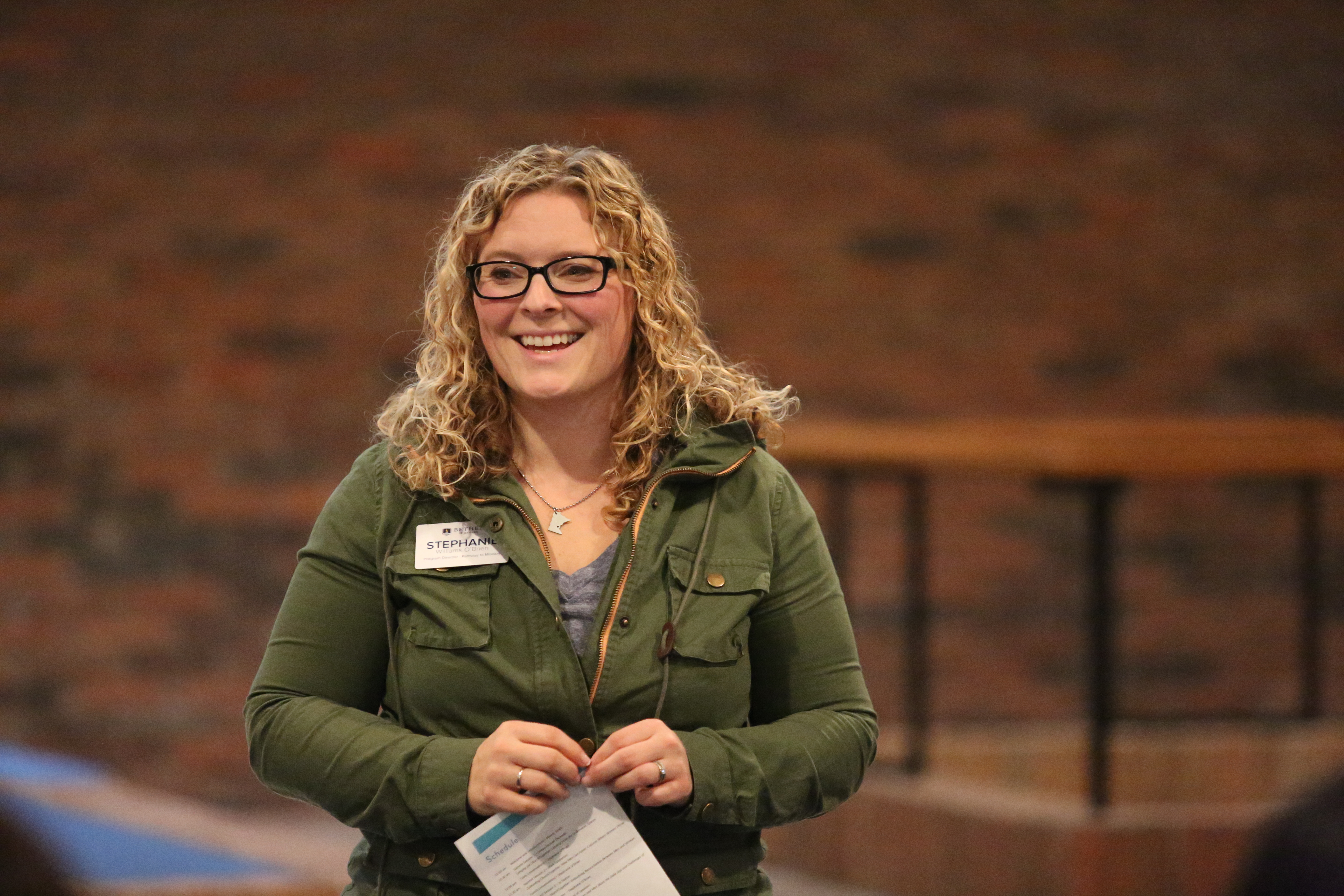 Bethel Seminary hosted a local streaming of the 2018 ChurchTogether Summit Nov. 10, which provided practical tools for men and women working together in ministry.

An interactive screen of responses could be seen throughout the event at each site as anonymous participants used #ChurchTogether to express their thoughts.

“Women can do anything in academia,” one participant said in the anonymous online forum. “Women can do many things in business. Women in ministry are so limited in comparison, when the church should be leading, not lagging behind.”

The event was part of SheLeads, an annual summit hosted by Missio Alliance. The summit seeks to unite men and women for the purpose of advancing the church both locally and globally.

This year’s theme was inspired by the #ChurchToo movement that grew out of the #MeToo social media campaign. The church began to recognize the individual and communal brokenness that had leaked into it. Leaders seeking to reconcile the historically fragmented relationships between genders in the church know that discussion is the place to start.

The Summit was broadcast from Pasadena First Church of the Nazarene in Pasadena, CA, and streamed to multiple regional venues across the country, one of which was Bethel Seminary. This was Bethel Seminary’s second year as a streaming site and local sponsor.

The morning began with a period of lament for participants to better understand the context for the gathering.

“In order for the later celebration to feel real, we must reflect on and acknowledge what has not gone right,” moderator Mandy Smith said.

Following the opening portion, there were three keynote speakers who each gave a thirty minute sermon. Oneya Fennell Okuwobi spoke about longing for a truly united church and leading in the the midst of waiting and transition. Mark Labberton discussed practical ways men can foster cultures where women thrive. Jo Saxton talked about ways to embody reconciliation between men and women. In between each session, participants had the opportunity to debrief in small groups.

The fourth session was a panel of six speakers which included the senior pastor of Pasadena Nazarene Tara Beth Leach and her male layman friend. They discussed the ways in which women and men share the daily joys and challenges of leading together.

CAS and seminary alum Stephanie O’Brien was one of the local moderators. O’Brien is a church planter and co-lead pastor of Mill City Church in Northeast Minneapolis, as well as professor of ministry at Bethel Seminary and director of the Ministry Scholars program at Bethel. To her, the goal of the event was that participants would leave feeling “a combination of encouraged and challenged.”

O’Brien also hopes Bethel Seminary’s support of the event will help people see the seminary as a place where both men and women are heard, empowered and equipped with practical tools they can transfer to their ministry.

0 comments on “A vision for ChurchTogether”