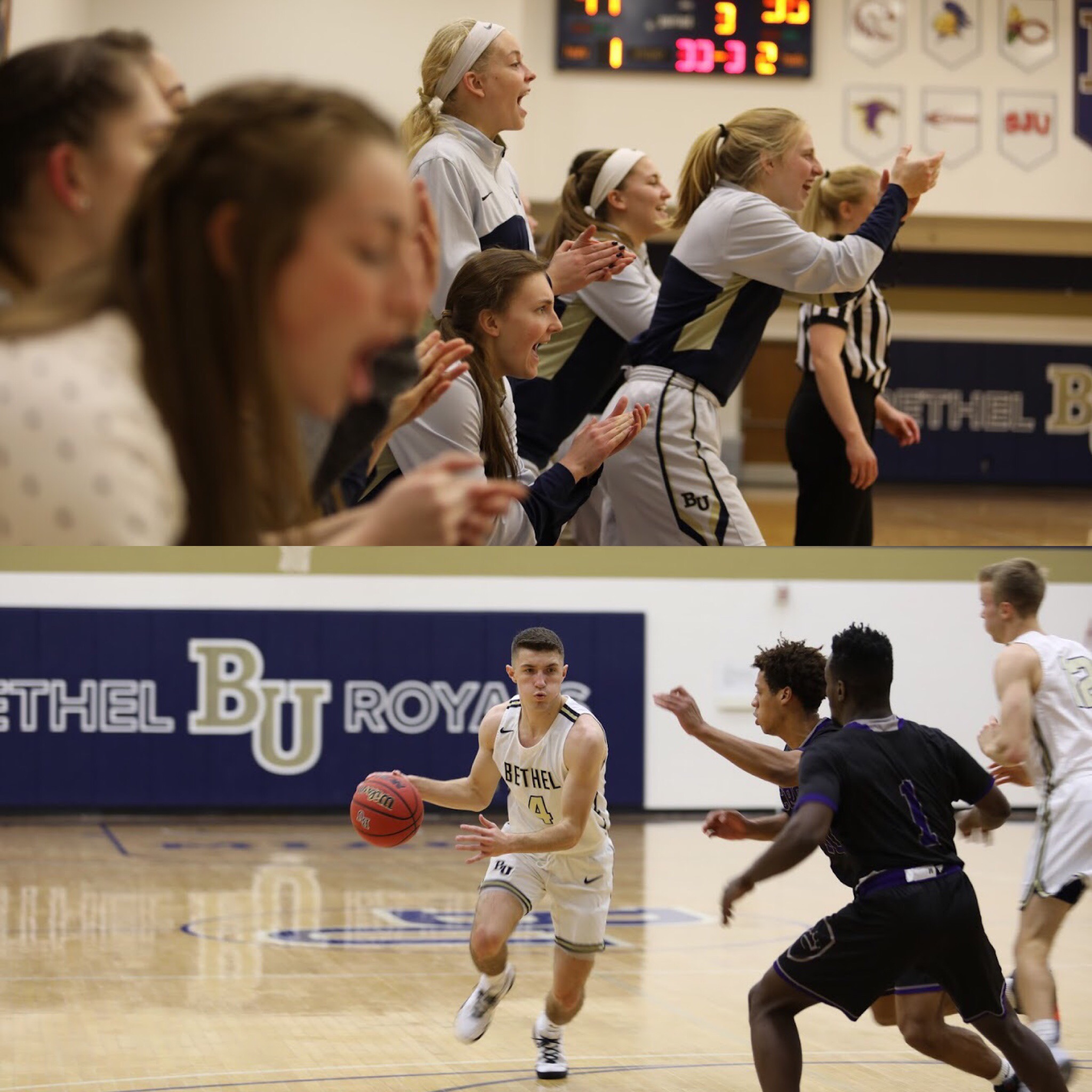 Plenty of Bethel community members headed home for Thanksgiving weekend on Tuesday, but the Robertson Center gym was packed for the first hoops action of the season.

The Bethel women’s team defeated UW-River Falls by a score of 62-47, using a 14-0 run in the third quarter to cushion their lead. Senior center Hannah Johnson showed her interior dominance again with an 18-point, 15-rebound performance while junior forward Taite Anderson added 16 points. The women are 3-0 for the first time since 2013-14.

Jack Jenson scored 20 points to lead the Bethel men’s team past Crown College by a score of 100-79. The junior guard displayed a variety of post moves and drives to the bucket on his way to leading Bethel in scoring. Three more players scored in double figures: Derek Magnuson had 19, Granger Kingland 17 and Hudson Urbanus 13.

A close first half was put away easily by the Royals and their shooting prowess. After a 1-9 performance beyond the arc in the first frame, Bethel caught fire with Kingland and freshman Zach Korba knocking down multiple treys each to pad the lead up to the final buzzer.

Bethel stays at home and will face UW-La Crosse in a Saturday matinee at 3 p.m. on November 24.