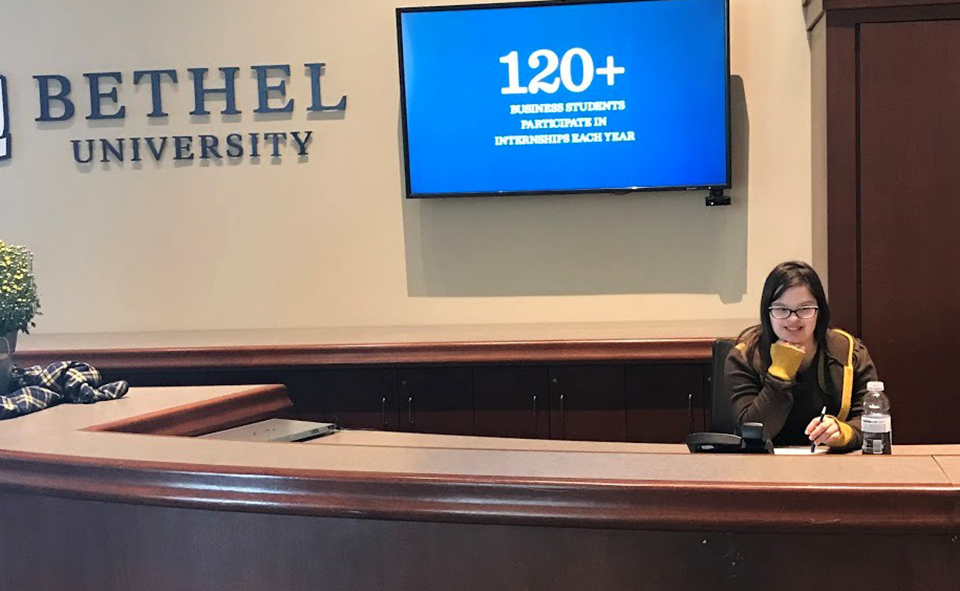 What it feels like… to guide a student to the humanities

For the first time in her career, professor Sara Shady thought to herself, “If I had a different career, what would it be?” Shady doesn’t remember a time she hasn’t spent a year in school. Being a professor at Bethel University for 17 years has created many opportunities for Shady, but now more than ever, she has been challenged.

Shady remembers always being fascinated by the idea of philosophy, especially the intersection between ideas and culture.

“How different ideas have the power to shape the culture that we’re living in, but how culture also influences and shapes our ideas,” Shady said.

Today’s culture, however, seems to devalue the Humanities, leading to misunderstanding, she said. This challenge has caused Shady, along with the entire humanities division, to fight their own battle inside Bethel as well as outside the university in hopes of bringing in students. Showing the humanities’ raw significance and all that it has to offer students is a challenge she faces every day.

It is a privilege to work along students, serving to create a pathway to one’s career; however, Shady struggles to do so for a variety of students.

“Because there’s not a ready-made job at the end,” Shady said, “it’s harder for students to sometimes imagine what their career could look like.”

What it feels like … to dance in the BC

Kirsta Graf, a senior at Bethel University in the BUILD program, danced with her best friend Olivia in the Brushaber Commons with dozens of eyes watching them. Graf listened to “Fearless” from the movie Girl vs. Monster in her headphones as she pranced down the concrete stairs in the BC. The song reminds Graf that she is fearless.

Olivia, close by, giggled as she danced to her own tune in her headphones. Both students know people watch, but they don’t mind the stares.

“Me and Olivia inspire everyone here at Bethel,” Graf said.

They dance out their emotions.

“I love it,” Graf said, “It feels so good to dance in the BC with Olivia.”

0 comments on “What it feels like… (to impact others)”