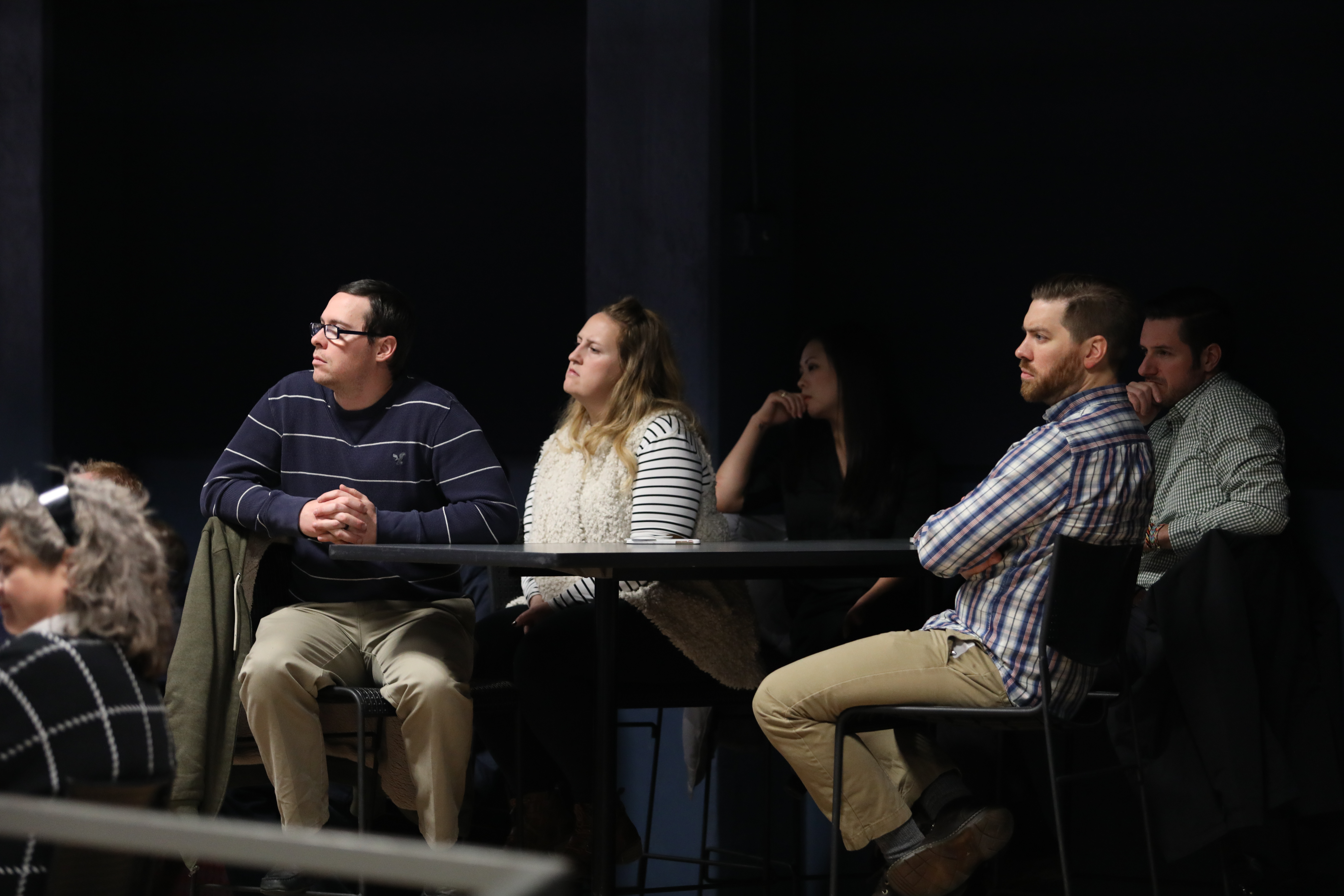 The Underground echoed with the lyrics of happy birthday Tuesday morning as faculty and staff gathered for updated information from President Jay Barnes and the cabinet. The morale was lifted compared to the meeting two months earlier after the announcement of the budget cuts around campus.

Barnes began the meeting by addressing the many staffing changes and temporary stand-ins within the cabinet.

The search for a new Chief Enrollment Officer “proceeds more slowly than I wish,” Barnes said.

Amidst all this change, Barnes also announced Senior Vice President for Advancement Mark Miles’ resignation from the university effective Dec. 15. He accepted a position as chief development officer in Seattle that is closer to his daughter’s family.

Barnes asked Associate Vice President for Alumni and Family Relations and Advancement Operations Jim Bender to serve as the temporary chief advancement officer for the time being.

As a result of Associate Vice President of Development Paul Deakins choosing to return to his role in planned giving starting Dec. 1, Jeanne Osgood was appointed to fill this position.

Provost Deb Harless began her sabbatical period this month as well, while Vice President for Facilities and Information Technology Services Mark Posner fills in as a temporary cabinet member.

Following September’s community gathering, which addressed the budget cuts, the university’s agenda shifted this month to focus on presenting possible ideas to increase Bethel’s revenue in a more effective manner.

Dean of Professional Programs Julie Finnern and Bender both led the groups discussing proposals under consideration and potential adjustments needed to help the university prepare for these upcoming changes.

The Innovations Working Groups, covering both academics and the university as a whole, sorted through 75 recommendations from faculty and staff. The proposals are part of an ongoing process to review and implement plans that will improve the university. After reviewing and researching these submissions, they narrowed them down and presented the best ideas to cabinet.

Since these ideas are still up for discussion, Barnes assured the crowd of faculty and staff of cabinet’s thoughtful deliberation surrounding these potential changes.

“Some of you will feel like the innovative ideas missed the mark,” Barnes said. “We want to make sure that we move forward in the right way at the right time.”

Among some of the proposals that were made, one idea Bender presented was a required on-campus housing initiative for students under the age of 21 to “increase the feeling of community,” Bender said. He stated that Student Life also supported the pursuit of this proposal, as it would help bring students together.

Although this would help increase revenue for the university, it would be a slow transition for incoming students not yet attending Bethel.

“Whenever it would be implemented, it would only affect new students,” Director of Communication Suzanne McInroy said.

Bender also discussed the potential expansion of varsity athletics. Adding men and women’s lacrosse teams to Bethel’s athletic program could increase revenue and enrollment. He admitted that this proposal ran into some roadblocks when considering the lack of coaches and field space. However, this could be started sooner than some of the other suggestions discussed.

Another proposed idea would affect CAS tuition for interim. Currently, this cost is divided between fall and spring. One recommendation suggested that students pay for an additional interim cost separate from semester tuition. This idea is still under review and would not affect any currently enrolled students.

“They feel very strongly that they don’t want to pass along any financial burden along to students,” McInroy said. “That is not the goal at all, and so they want to be very mindful of that as they consider these proposals and recommendations.”

However, tuition rates for traditional undergraduate students will increase by 3.1% starting fall 2019, according to the Bethel E-Announcements released Friday morning. This will bring full-time CAS student tuition to $38,300. Meal plan rates are also scheduled to increase by 4.05% by next fall.

A collection of the top 18 ideas were presented to cabinet and are now under review.

“We live in a world where we have to make changes,” Barnes said.

The cabinet will be holding two meetings in the upcoming weeks in order to further discuss these ideas, planning to update the community on their decisions by January.

When concluding her announcements regarding the proposals, Finnern commented on the effectiveness of cross-department conversations and partnerships like these Innovations Working Groups. She expressed the importance of forming conversation spaces for a wide variety of individuals in order to take the next step forward.

“That was a highlight of this hardworking group,” Finnern said.

Members of the Innovations Working Groups as well as other faculty and staff members asked follow-up questions about a general timeline for these plans and tangible outcomes. Posner reminded them before the meeting adjourned to keep an open mind.

“We have to keep the passion for this project, but we need to hold it loosely,” Posner said.