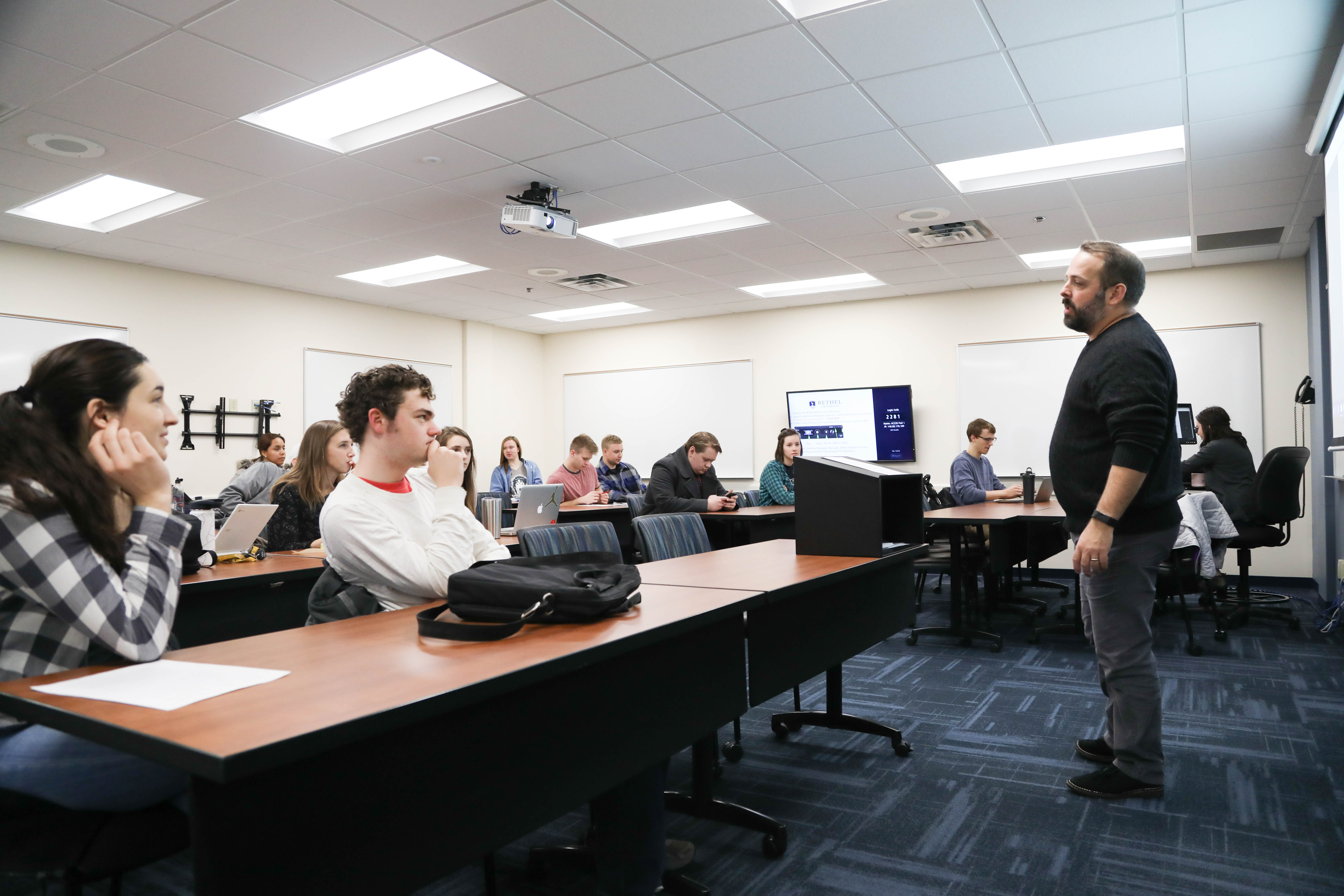 Bethel University’s Model UN attended the American Model United Nations simulation conference in Chicago, Illinois Nov. 17-20, along with 90 universities from across the United States. The conference covered topics ranging from international security to environmental issues. In each committee, the goal is to work with other “countries” to create resolutions and solutions to the issue topic that’s being discussed.

Although some schools see the conference as a competition, Mariah Marr, senior political science and international relations major and head delegate of Venezuela, emphasized the learning experience she sees from representing another country and taking the simulations seriously.

According to Marr, all students are going into the conference with the goals of passing as many resolutions as possible and representing Bethel well.

Last year, Bethel could only send 10 people to represent one country. This year, because of the spark of interest and growth of the club, Bethel has enough delegates to send to represent two countries this year: Slovenia and Venezuela.

Marr attributes the growth of the club to the effort and advertisement the club has given. Last year, MUN got more people involved by partnering with other clubs at Bethel, such as the International Justice Mission. The club also held a table at the club fair in the BC and attracted new students to join.

As a transfer from Winona State, Marr joined the club last year and looks forward to going to the conference again this year.

Marr sees the club as beneficial to her time at Bethel in multiple areas of her life. She could see herself in the career field working with other countries for peace. The club allows students to step out of the U.S. and see why other countries see issues the way that they do.

“I love the people in the group,” Marr said. “It’s a fun social experience.”

Every Thursday MUN meeting, either junior and political science major Hailey Imbuch, the president of the club, or the department chair of political science and faculty advisor Dr. Moore, will ask a question of a current event that’s happening in the world. This is followed by a news section where current events happening in the world are shared. The past couple weeks, they have been practicing for conference, learning terminology, practicing parliamentary procedure, writing mockup resolutions, planning the logistics of conference and getting the students prepared.

Model United Nations creates awareness within the Bethel community of what’s going on in the world. The club includes students who are interested in international politics, history and political science and has an even representation of men and women in the club. Alaina Turnquist, senior internal relations and spanish major and head delegate for Slovenia, said that her favorite part of Model UN is the discussion.

After the conference, the students come back to debrief. Come spring, the club will do volunteer events and create events on campus including activities like last year’s trivia night. To get prepared before the conference, the club is invited to faculty advisor Dr. Moore’s house for a meal and trivia games.

Senior political science major Sam Krueger reported that because of Dr. Moore’s preparation, the team was more effective than a lot of bigger schools at the conference.

“Bethel had some important committee assignments and many of us took the lead in developing resolutions,” he said. “I am super proud of some of the underclassmen for staying focused.”