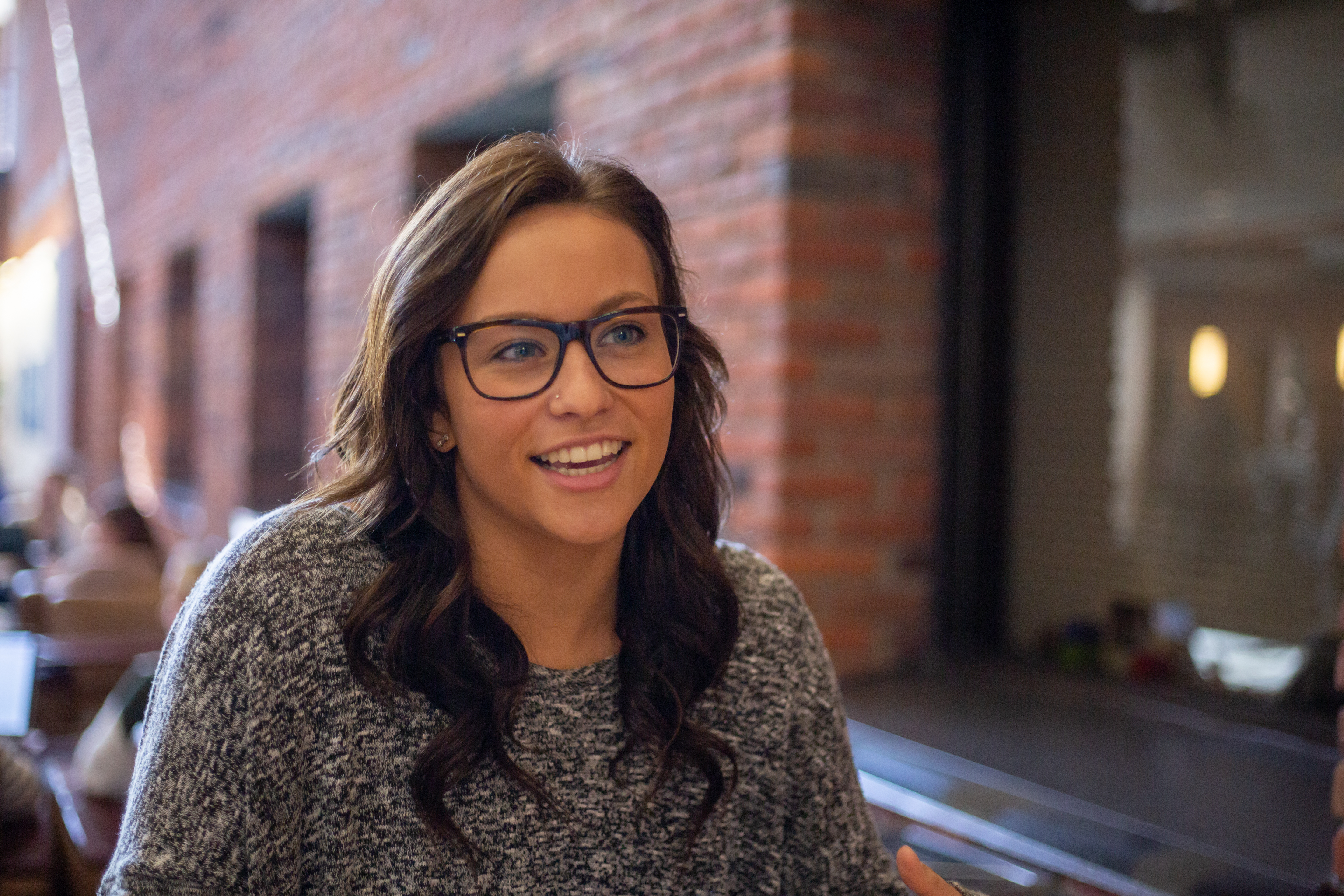 Bethel volleyball player reflects on self-founded organization to give kids the chance that she had.

She had a dream to become a professional dancer. That was all she could think about. As this seven-year-old girl was running to meet a stranger, her smile was the only thing that mattered. It was the brightest smile that Ellie Hoyt had ever seen.

As they were talking, Hoyt encouraged her to pursue her dreams, but she learned it was not that easy.

“My mom says we can’t afford it but one day I will be able to,” the girl said.

That was when Hoyt knew she had to do something. It was not okay for her to see these children have dreams that will never come to fruition just because their financial situation limits them.

Hoyt, a double major in communications and missional ministry, with a minor in leadership, knows what it’s like to financially support one’s dream.

Both her parents had well-paying jobs, but it was on Hoyt to pay for her passion: volleyball. With three other kids, Hoyt knew her parents couldn’t pay the high demand of the sport’s expenses.

A Maple Grove native, Hoyt eventually transferred high schools during her senior high years, moving from Maple Grove to Osseo. She noticed an immediate change from the two schools.

“I saw things I never saw before,” she said.

She got talking with teachers and coaches in the district and found out that lots of kids could not get involved with extracurricular activities with their financial situations.

So, during her senior year, she started talking to a variety of banks, looking for someone to give her a loan for a non-profit she wanted to start. Finally, the Maple Grove rotary connected her with a local organization who ended up partnering with Hoyt—CROSS services.

CROSS (Christians Reaching Out Social Services) is a nonprofit organization that serves the northwest metro area—Maple Grove, Champlin, Rogers, Osseo and Corcoran—to provide food and clothing to those in need, as well as compassionate supportive services to strengthen the community.

Executive Director of CROSS Elizabeth Johnson loves Hoyt’s heart and her authenticity as the leader of her own non-profit.

“Ellie has such a heart for people,” Johnson said. “She has an incredible care for them.”

Hoyt’s flexibility in founding and being in charge of her own non-profit, as well as being a college student, is something that Johnson is impressed by.

“She is very open to listening to other people. She wants the best for the program and the people in the program.”

What was crazy for Hoyt was that she planned out a name for her organization, The CrossOver, in her sophomore year, and didn’t come in contact with CROSS until senior year.

“That was such a God thing,” she said. “I believe the Lord planted this seed in my heart.”

The meaning behind the title came from a goal to help grow and position the kids who are being financially assisted to achieve future success.

“It [The CrossOver] is meant to help kids become the best version of themselves in any way they can.”

Officially, The CrossOver is a scholarship program. Because of that, Hoyt mentioned that when she worked full-time from January to August this year, she and her board discussed each potential applicant to the program, most of the time granting them their request.

So far, they have given away five scholarships over the past three months, and are on a mission to, at some point, provide 25 scholarships on an annual basis.

If the child is accepted in the organization, whenever he or she needs some equipment or resource for his or her extra-curricular activity, The CrossOver would get in contact with a company like Dick’s and purchase the necessary equipment for the child to have.

However, Hoyt said that there exists one big problem with the current format of the organization, and that is the question of transportation. They cannot provide a way for the child to get to and from their event; they are more focused on paying for the equipment and other amenities tied to the activity.

Despite the potential snag, Hoyt is convinced this program will be beneficial for the kids to pursue some of the dreams that she once imagined as a kid.

“I learned so many life skills from athletics,” she said. “In the long run, it teaches you dedication, leadership, determination. That will carry over to your job and workplace, how you raise your family, how you make friends.”

With the second year of the program finishing up, Hoyt envisions much more for the next chapter of The CrossOver.

“I would love to partner with other nonprofits, athletic companies,” she said.

As well as partnering with other organizations, Hoyt imagines planting more of these programs around Minnesota, the nation and even internationally.

“I would love to have these places where kids feel safe to go and express what they love to do,” she said.

Now, thanks to Hoyt’s organization, that little seven-year-old girl is starting dance classes. The hope and possibility of participating in the activity that she loves has come true, just one of the many crossovers that Hoyt hopes will come from this dream.

0 comments on “Crossing the Divide”