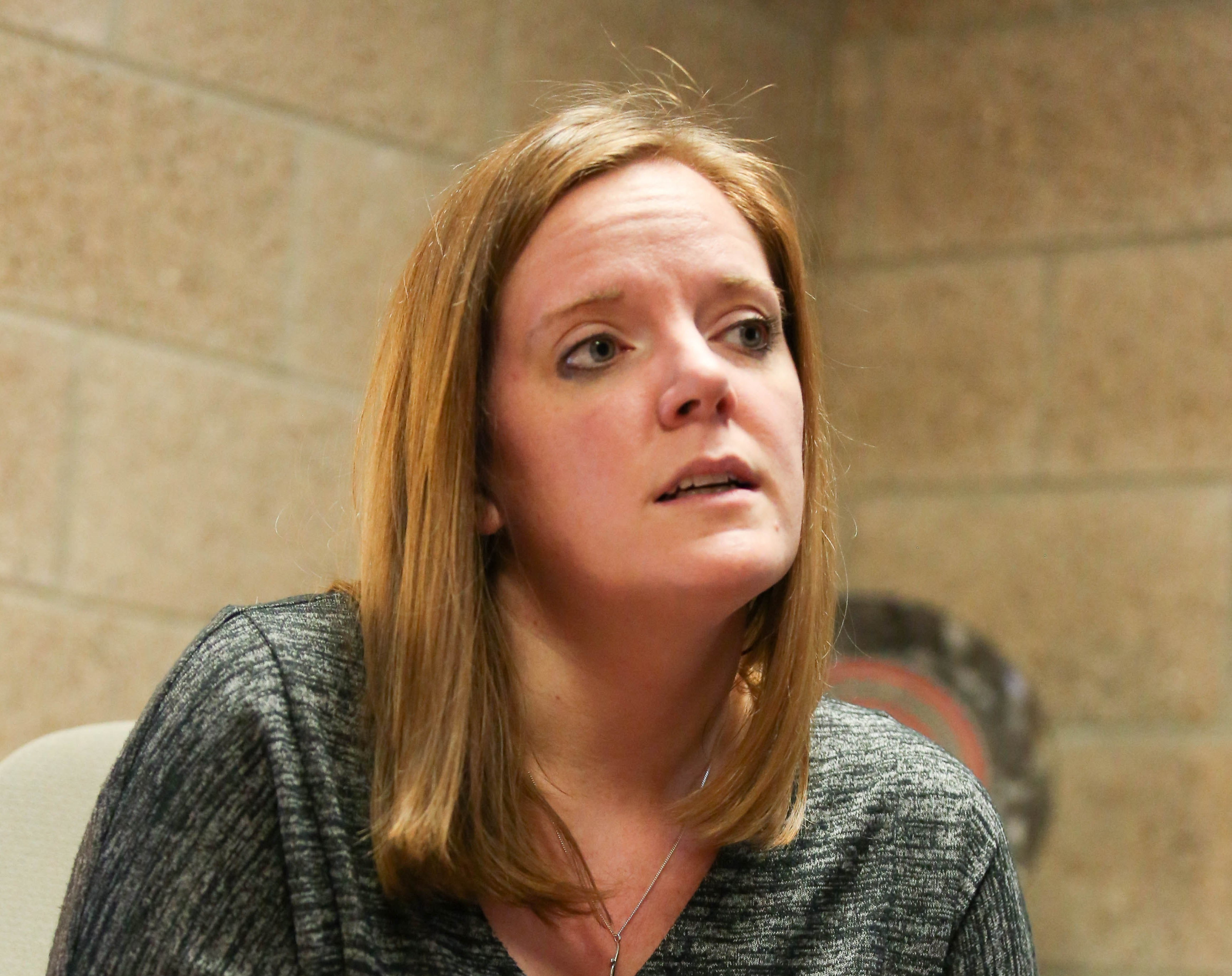 A woman walked onto an elevator with a stranger. The door closed and after a few moments she began to recognize the features of the man. Maybe it was the color of his hair, or the way he stood or what he was wearing that made her realize the elevator stranger was her brother.

This situation is common for people living with face blindness, or the inability to recognize faces. Technically named prosopagnosia, face blindness affects about 2 percent of the population and Bethel University psychology professor Sherryse Corrow is a leading expert in the disorder. She has spent 10 years of her life researching prosopagnosia to better understand it and raise awareness. If someone suspects they have prosopagnosia a doctor may not have a way to diagnose them or may not even know the disorder exists. Corrow is hoping to change that.

Corrow works alongside five Bethel psychology and neuroscience students who each research a different aspect of prosopagnosia. Senior Anna Mogard focuses on the face distinction aspect, which is how long it takes for participants to recognize that a series of faces are different. Mogard first heard about face blindness while taking a research and methods course taught by the psychology professor. Mogard was intrigued by the study because it involved working face-to-face with human participants rather than animal or online studies.

“It’s not for credit or class or pay or anything. It’s just to enjoy it. You learn so much,” Mogard said.

Mogard recently began bringing participants to Bethel’s visual cognition lab for her study. Although many of these people have never been to Bethel and only received perhaps an email or phone call about the study, they met Mogard excited to participate. She enjoys taking them to Royal Grounds and hearing their stories.

“Participants are so excited because no one understands,” Mogard said. “They love to talk about it.”

Mogard loves to listen, particularly to a wedding photographer who lost track of a groom because they all took off their jackets, which was the only thing that set the groom apart from the rest of the groomsmen, but the bride was hard to miss.

Research also has its challenges like finding participants and reviewing dense scholarly articles, but Corrow helps the students along the way.

“She is so intelligent and she is so fun.” Mogard said. “She works really well to take her vast knowledge and interpret it in a way that we can understand.”

During weekly lab meetings the students share their successes and struggles so that they may learn from each other and every few weeks, Corrow throws a party for the team.

They recently went to Corrow’s house where they met her husband and daughter, ate pizza and played Just Dance.

“Tuesday in lab, Friday Just Dance and pizza with a professor,” Mogard said. “She invites us into her life and I just think that’s really special. Her dance moves are pretty good.”

Bethel senior Rachel Nordberg studies a different aspect of prosopagnosia that may show a correlation with tone deafness. She collaborates with the University of Minnesota, which specializes in music while Bethel specializes in faces. Nordberg and Corrow received a grant through the Edgren Scholars Program to work during Summer 2018. They prepared tests and files for the upcoming research to be done during the school year.

One participant told a story of when she and her husband went to a movie theater and sat down. The husband left to buy popcorn and when he returned the woman almost said “That’s my husband’s spot. You can’t sit there,” before realizing the stranger was her husband.

People with prosopagnosia must use other cues, such as hair color or clothes they see the person wearing earlier that day. The trouble many people with face blindness encounter is they don’t realize they have it which leads classmates and coworkers to mistake their ignorance for rudeness.

Nordberg appreciates the part of research when she interacts with the participants.

She says students at Bethel may not realize they have never remembered a face.

“It’s surprising just how little is known about something that is so common,” Nordberg said.

Nordberg enjoys working toward answering the many questions prosopagnosia raises alongside Corrow. Managing data from more than 50 participants at a time can seem daunting, but Corrow guides her in the process.

“If there’s a problem to tackle, shes like ‘you try to figure it out first and then I’ll help you if you can’t figure it out,” Nordberg said.

Corrow has experience working with other researchers and spending months on one study. She moved to Canada for her post-doctoral fellowship at the University of Columbia where she created a 10-month-long training study hoping to succeed in improving facial recognition.

“Yes, we did, but it wasn’t a cure,” Corrow said. “From a research perspective, I find it motivating because it means I have work to do.”

“Research is slow,” Dr. Corrow admits that the 10 years she has spent on prosopagnosia is a short amount of time in the research world.

Through defeating moments such as having to restart a study she had put many months into because of a computer virus and a lost backup code, Corrow hasn’t given up on prosopagnosia. The move from Minnesota to Vancouver where she had no family or connections also posed problems for the researcher. Vancouver boasts a population of 600,000 people while Corrow’s hometown, Elk River, Minn, is home to a mere 25,000. She had also recently married her husband and had her daughter and upon arriving in Vancouver they were both denied work permits.

“There we were, two young people with their 3-month-old baby and we were told that neither of us could work,” Corrow said. The process should have taken months but thankfully a few days later they received their permits.

The new lab and culture intimidated Corrow but she reminded herself that she was selected for the position for a reason, that she was capable.

“All of that was done for the sake of research and it was really hard but it was one of the biggest aspects of my life from which I have grown. I grew because it was hard,” Corrow said. “Out there I found a lot of me.”

She returned home to Minnesota a few years later and starting Fall 2017 she began her career at Bethel University. Corrow soon discovered Bethel balances her passion for teaching and research.

She enjoys working with the students because they all want to be in the lab and they often challenge her with research questions. When the students finish an article or file they experience the joy that comes with holding a completed project they have created. That moment is why Corrow loves teaching.

She knows students make the biggest strides in their knowledge and growth when facing challenges.

“Research is one platform for that,” Corrow said.