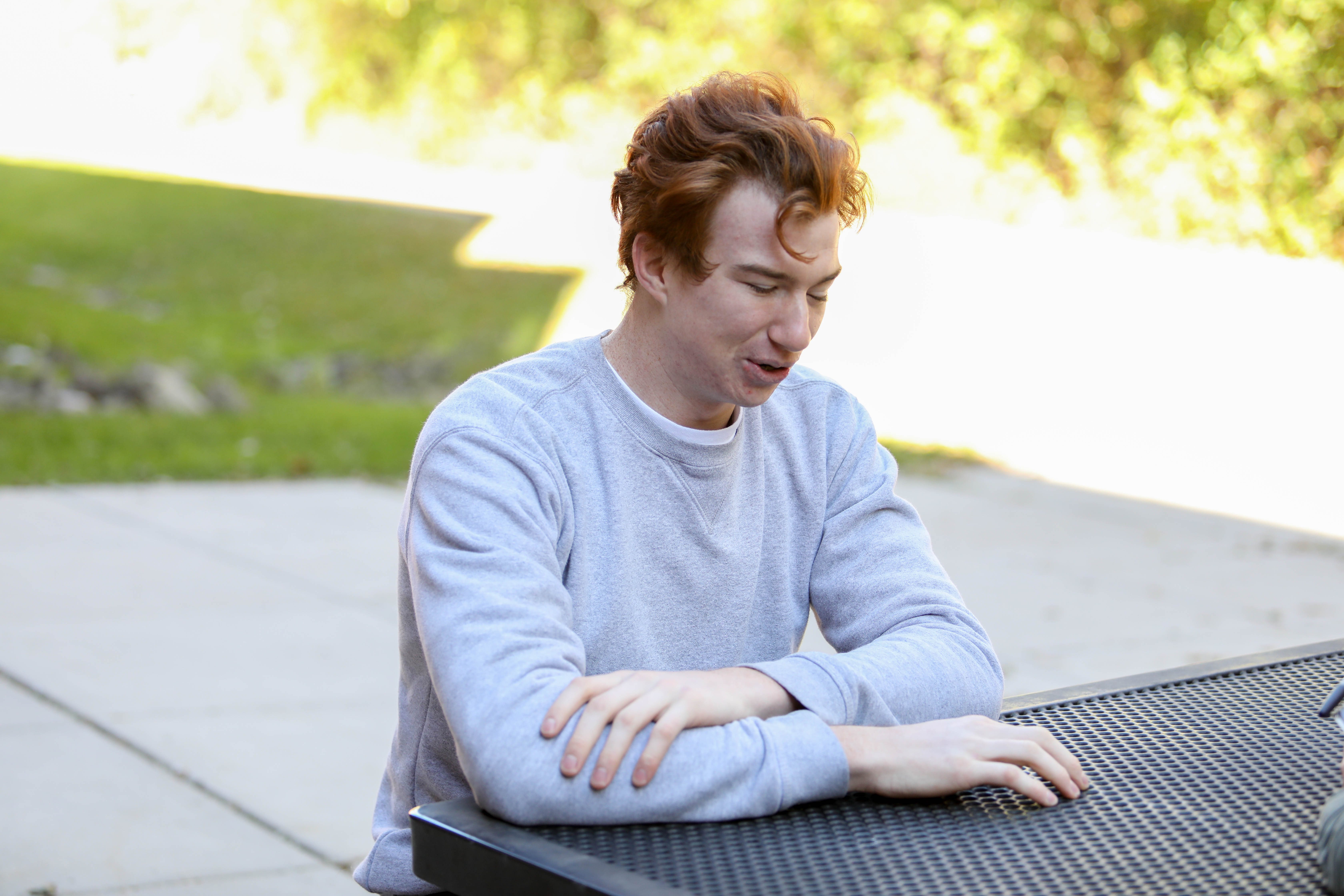 Micah BigEagle comes to Bethel with a lot more life experiences than the average freshman.

Micah BigEagle knew how they looked at him wherever he went. The 6-foot-7 redhead was a white unicorn; the only sign of the Western world that could be seen for miles.

Now a freshman computer science major, BigEagle has a collection of stories to tell about the adventures he had between high school and Bethel. He applied to the Rotary Youth Exchange program before graduating from high school, which sent him to study business in India.

While in India, BigEagle did yoga with the Education Minister of his state who aggressively told him to breathe. He had a freak-out moment in the middle of a grocery store when he saw a bag of Lay’s Sour Cream chips. He broke his foot while playing basketball and had to wear a hot-pink, full-length cast for a month due to an error in communication when sarcasm didn’t translate. And he modeled in a fashion show.

“I said yes to a bunch of ridiculous stuff that I would have never thought of doing beforehand,” he said.

The ability he had to accept tasks helped him realize something in himself that he hadn’t seen much of before: to not box himself in with what he was willing to try.

“He’s easy-going, just kind of goes with the flow,” said junior business major Peter Bassett, one of his roommates. “He’s always there to have fun.”

Once he returned to Minnesota, BigEagle took a manufacturing job in a factory that produced air handling units because it was too late for him to apply for the fall semester of any college. The job he was placed in made him sure that it was something he didn’t want to continue doing for too long.

“Having an awful job really helped me figure out what I wanted to do with my life because I knew how much worse it could be. And that really helped me stay motivated,” he said. “Every time I feel stressed out, I feel weirdly happy because I got the opportunity to be stressed out, taking my life in a better place. I’m doing this for me in reality, and it’s the thing I know I want to be doing. And it’s a real blessing to have that.”

The new perspective that BigEagle gained from his experiences reflects in the ways he lives his daily life and interacts with the people around him.

Though he is still uncertain about where his drive will lead him, BigEagle has the determination to go far.

“I kind of want to slowly work my way out of America,” he said. “ Because there’s so much world out there to live in. If I don’t start as soon as I can, I’ll never get to all of it. If I get that opportunity to take my degree out into the world I will. But if that’s through rock climbing, or Ultimate Frisbee, or who knows what, I’ll do it any way I can.”

0 comments on “The yes man”